Toyama Park, the Most Haunted Place in the Heart of Tokyo 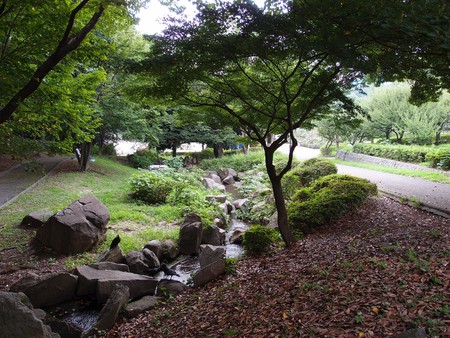 Tokyo, one of the busiest cities in the world, is also one of the world’s safest. The nation’s crime rate is at a record low, and with people filling the streets at all hours of the day, it’s one of the least likely cities in the world where you’d feel spooked, at least on paper. Just a stone’s throw from the bustling hub of Shinjuku sits one of the grizzliest, most skin crawling ghost hubs you’ll probably ever cross.

Positioned just a 20 minute walk from Shinjuku Station, Toyama Park has two faces: by day, you can easily stroll by the happy, family-populated park without even giving a second glance, but at night, it’s a whole different story.

Throughout the years, locals and bold visitors have reported a number of eerie experiences, including hearing a disembodied voice crying from atop the park’s small hill, Hakone Yama. So what’s going on here? Well, just a few decades ago, this site was one of Japan’s grizzliest scenes of mass murder and human experimentation. 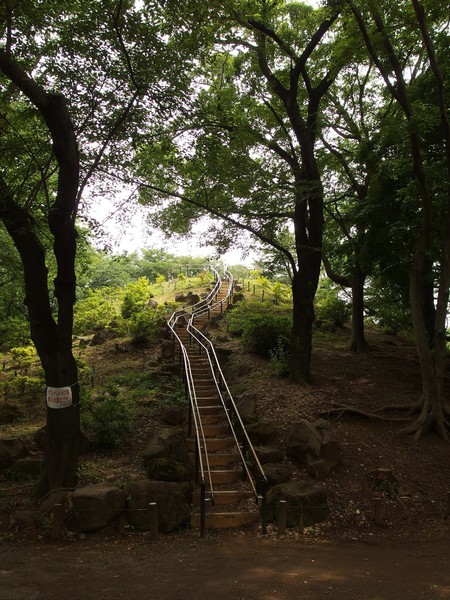 Stairs to the top of Hakone Yama | © Guilhem Vellut / Flickr

The park’s haunted history begins during the tail end of World War II. During that time, this area was home to a number of medical facilities. Rumour has it, some of these facilities were not just built to assist the wounded. One of the facilities in this area is alleged to have been the dumping ground for the infamous Imperial Army’s Unit 731, a number that still sends a chill down the spines of those familiar with its bloody history.

Located in Harbin, China, Unit 731 was originally designed to be a biological and chemical weapons development site. Its kitchen was where recipes for anthrax and bubonic plague were kept and experimented with. At the time, these experiments were tried and tested on mainly Chinese prisoners of war, many of whose mutilated, crumbling bones are being unearthed from the ground to this day. However, it’s said that some of Unit 731’s other victims were also Russian, European and Mongolian. 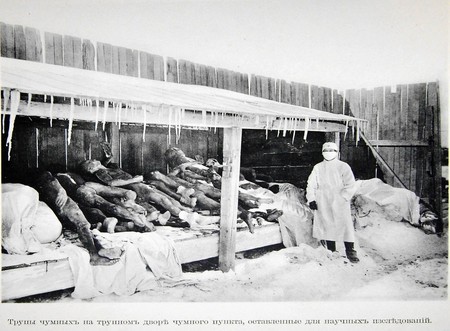 According to old papers found from the time, scientists of Unit 731 would infect prisoners, then carry out dissections on the infected prisoners to see first-hand the bodily effects of their concoctions. It was also reported that many victims had organs removed and limbs amputated without anesthesia.

The bodies were later transported to the Tokyo site to be analyzed. Once they had been analyzed, many bodies of the prisoners were dumped in a mass grave where the park now sits.

It’s said the actions conducted at this site were so horrific, they rivalled the experimental work of the Nazis. In his book on the matter titled The Devil’s Gluttony, Japanese novelist Seiichi Morimura stated, ‘the acts of Unit 731 are the equivalent to Auschwitz’.

Even today there’s still a level of secrecy around what exactly happened in this area during World War II. Most of those involved in the crimes, or those that witnessed them, have remained tight-lipped.

However, in 2006 at the age of 88, a nurse by the name of Toyo Iishi came forward to shed a little light on the site’s history. While working as a nurse in the area, she assisted in the burial of some of the bodies from the experiments. 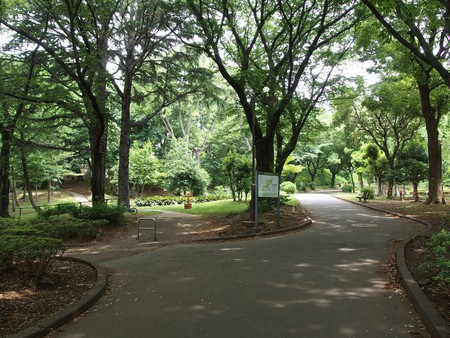 Around 20 years ago, hundreds of bones were unearthed from the park grounds. Even to this day, like a morbid jigsaw puzzle, fragments of victims are slowly being brought to the surface.

Beyond the physical realm, there’s a lot that’s said to still be going on here at the park. This activity has attracted ghost hunting tourists specifically to Toyama Park’s eastern hill, which is said to be home to a disembodied sobbing man. Other people who live near the park have said they saw a ‘hitodama’, a fiery ball of light that appears when a person’s soul has been separated from its body.

To really experience what’s happening at the park, it’s probably best to go and experience it for yourself, if you dare. It’s easily accessible from Shinjuku Station, just a 20 minute walk north. From Shibuya Station, catch the Yamanote line to Shin-Okubo Station. From there the park is an easy 15 minute walk north.