Top 10 Things To See And Do On The Oki Islands

Many people know about Okinawa, but few know about Japan’s other equally stunning islands, the Oki Islands. Oki’s four inhabited and 180 uninhabited islands are so geologically and culturally unique that they became part of the UNESCO-supported Global Geopark Network in 2013. The four largest islands are Dogo, Nishinoshima, Nakanoshima and Chiburijima. Here’s a list of the top ten things you can do on the Oki Islands. 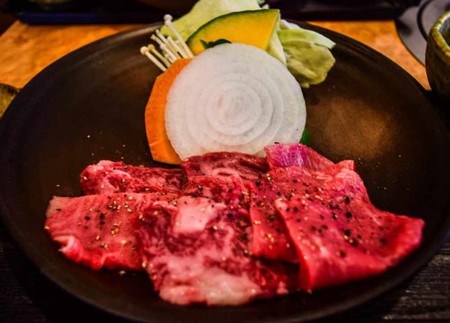 Oki cattle are raised on the islands and feed on its lush, green vegetation. Oki calves are so special that many are sent to Kobe where they become the famous Kobe beef. Two places on the Oki islands that serve this premium beef are Oki Gyu Ten and Yukari. 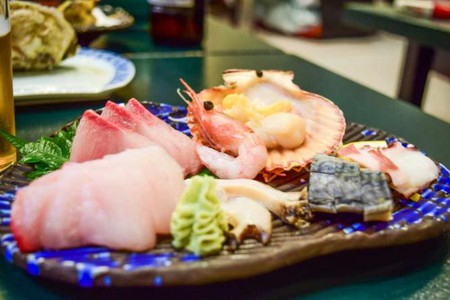 Indulge in an abundance of fresh, delicious seafood

Everybody’s heard of Japan’s sumo wrestling but what about bull sumo? Also called ushi tsuki, it was started on the Oki Islands to entertain Emperor Gotoba who was exiled there during the Middle Ages. It is considered the oldest remaining bull sumo in Japan, and there are tournaments all year round. Alternatively, you can witness a match on Dogo at the Oki Momo Dome.

Rent a bicycle and cycle around any of three main islands

You can pick up bikes at any of the tourism offices conveniently located near the ports. 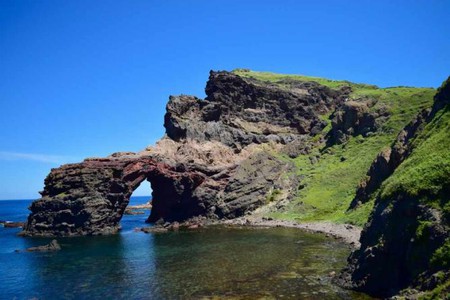 Check out Kuniga Coastline on Nishinoshima, rated as one of the top 100 walking tracks in Japan. Highlights include Kannon Iwa (Candle Rock), Tsutenkyo Arch and Matengai Cliff. See horses and cows grazing peacefully on the cliff top. Also, explore Akiya coastline on Nakanoshima to spot a heart-shaped hole naturally hewn in the red rock face. If you’re really keen, every year, at the beginning of June, there’s a hiking festival called the Oki Islands Three Day Walk which spans all the top locations on the four islands. 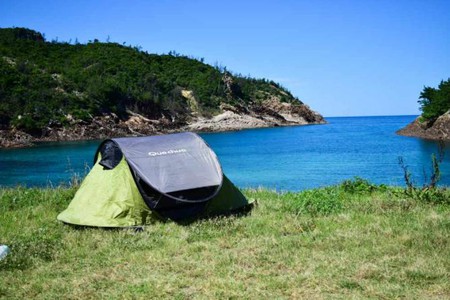 Get into the wild and go camping

There are several designated campsites with running water, toilets and showers on all four main islands. Many are located right on the beach so you can go for a morning, midday or midnight swim.

Admire the cross section of a volcano, the dramatically colored Sekiheki Cliff on Chiburijima. 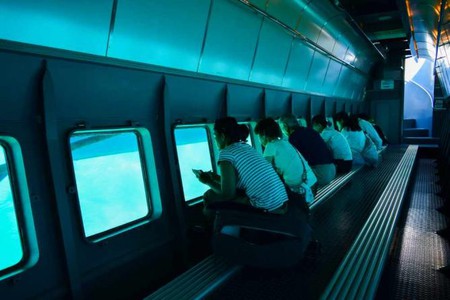 Get into the belly of the boat to see schools of fish fight over fish food. Another highlight of this cruise is the very photogenic rock formation called Saburo Iwa (Three Brothers).

Check out the beautiful beaches

There are so many to choose from on Nakanoshima, Nishinoshima, Chiburijima and Dogo. You can fish, swim, snorkel, kayak and even camp on some of these beaches. 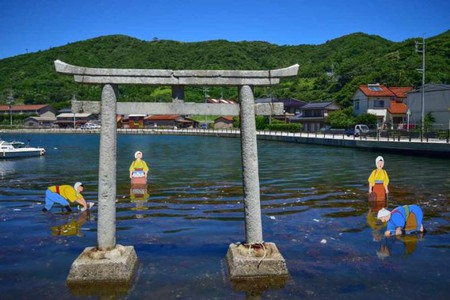 Stone torii in the bay in front of Yurahime Shrine. | Courtesy Jesse Ramnanansingh.

Check out some magical shrines

In Mita, Nishinoshima, visit Takuhi Shrine which is built inside a cave. Takuhi shrine is also the oldest shrine on the Oki Islands and is designated an Important Cultural Property in Japan. Also in Urago, Nishinoshima, visit Yurahime Shrine, also known as the squid shrine. Local legend states that when the goddess Yurahime no mikoto was returning to the shrine by boat, some squid in the bay nibbled her fingers and she became enraged. Consequently, every fall and winter, thousands of squid flood the inlet to ask for her forgiveness. There’s also the scenic Dangyo Shrine nestled between the Dangyo no taki waterfalls on Dogo.