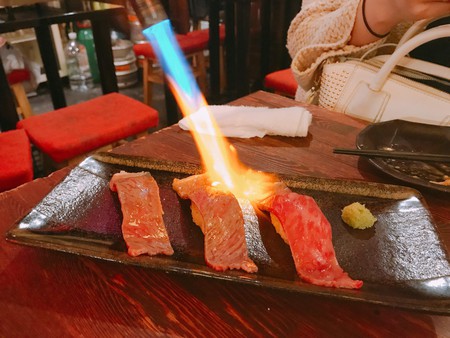 Similar in concept to tapas, Japanese izakaya (pub) dining is all about trying a little of everything. Choosing what to eat in Tokyo can feel like sensory overload, so here’s a list of dishes and drinks to help prepare you for your next evening at the izakaya.

Yakiniku (beef skewers) and yakitori (chicken skewers) are two izakaya staples that get plenty of attention. But for something a little more uniquely Tokyo, it’s paramount you try yakiton, which are thick, juicy skewers of pork. There are so many different cuts of meat to try, from the meatier kashira (pork cheek) to the more adventurous shiro (intestine). The best way to navigate the world of yakiton is to enlist a local expert. The team at MagicalTrip run a Tokyo Bar Hopping Night Food Tour in Shinjuku, which features a yakiton experience. 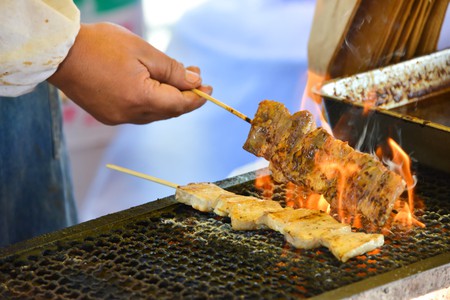 Hoppy (not quite beer)

A drink unique to Japan, Hoppy is a beer-style beverage that looks, smells and tastes a lot like the popular amber tipple but is in fact not beer at all. Most popular in the Kanto region (where Tokyo is located), Hoppy came into popularity after World War II when the tax on beer turned it into a luxury drink. With a very low (around 0.8%) alcohol percentage, Hoppy was conceived of as a beer-like soda that could be mixed with cheaper alcoholic drinks such as shochu and sake to imitate beer. Its cheap price and accessibility made it a popular working man’s brew, and although beer is today relatively cheap in Japan, a fondness for Hoppy still lingers in the hearts of izakaya dwellers across Tokyo. 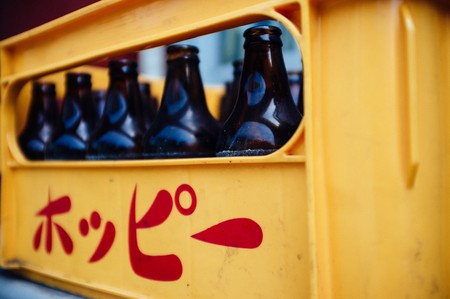 Known colloquially as “fisherman feed”, namerou is particularly popular in the coastal suburbs of Chiba, where it originated. The soft, malleable meat is typically served with a topping of fermented soybean paste for a kick of umami (savoury taste).

As you might guess, Yebisu beer hails from the upmarket inner Tokyo neighbourhood of Ebisu. First brewed in 1890, it’s one of the nation’s oldest beers, and arguably one of its most popular. Yebisu has a slightly higher price point than the average beer, but it’s worth it for the fuller, more robust flavour. It’s a taste best enjoyed straight from the ice-cold izakaya glass after a long day in the office. 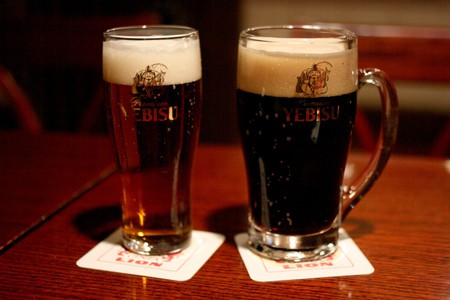 Born in Tokyo, loved across the nation | © Christian Kadluba

A variation on tempura, kakiage is a unique-looking dish that could perhaps be considered Japan’s version of Britain’s bubble and squeak. Strips of vegetables like onion, carrot and burdock, and sometimes shrimp or squid, are made into small, round fritters and deep-fried. Like its British equivalent, this is a home favourite as it can pretty much be made with whatever leftover scraps are floating around the kitchen. 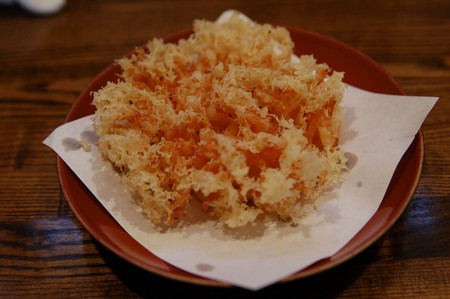 Sitting somewhere between sake and vodka is where you’d file shochu, a popular Japanese drink that’s enjoyed both straight and with a huge selection of accompaniments. This usually clear drink sits at up to 45% alcohol by volume and is most commonly made using distilled rice (kome), buckwheat (soba), barley (mugi), sweet potatoes (satsuma-imo) or brown sugar (kokutō) depending on the area. It’s said to have originated in Kyushu but today is a common izakaya staple and worth trying at least once. 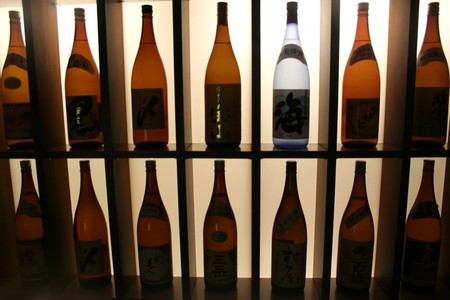 Also known as shochu highballs (shortened to chuhai), sours typically take up a large portion of izakaya drinks menus in Tokyo. Basically they’re soft drinks for adults, generally consisting of soda water, sweet fruit or tea-based flavourings (think apple, grape and grapefruit) and shochu. The classic version, however, is the lemon sour, which in its most traditional form is simply soda water, shochu and freshly squeezed lemon. They’re sweet, refreshing and dangerously easy to drink.

Did you know that sushi isn’t just raw fish? In Tokyo the local culinary geniuses decided to combine two of the country’s most loved and revered foods: wagyu beef (known for its marbled fat and rich flavour) and perfectly cooked grains of sushi rice. The result is a sleek, harmonious dish perfect for those not too keen on raw fish, or those looking for something a little different. For freshness, the dish is often lightly grilled at your table. If this sounds like your kind of food, it’s one you can try on MagicalTrip’s Shibuya Bar Hopping Night Tour. 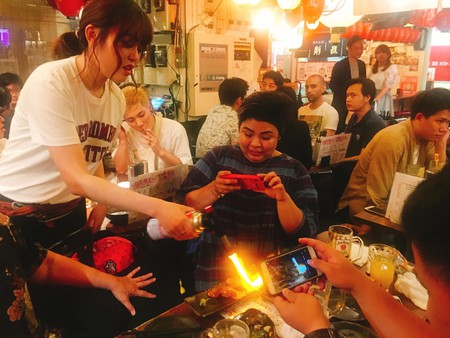 It’s often referred to as plum wine by foreigners, but umeshu is more of an infused spirit than a wine, if you want to get technical. The drink is made from ume plums, shochu and sugar. This syrupy, almost sickly-sweet tipple is most commonly enjoyed straight, on the rocks or with soda. It’s said that it was once used as a home-style remedy for a sore throat, however the Japanese recognised how sweet and delicious the drink was and began slinging it in izakayas across the nation – including here in Tokyo. 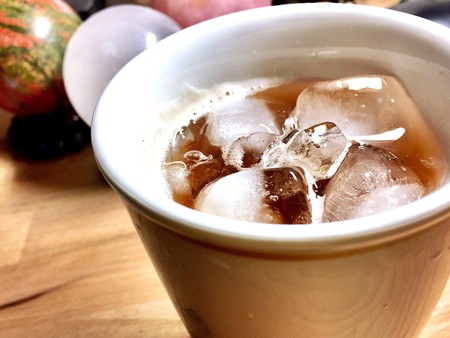 Umeshu on the rocks | © NuCastiel

The true ugly ducking of Japanese cuisine, monjayaki is the Tokyo-based cousin of Kansai favourite okonomiyaki, also known as the Japanese pancake. Much runnier and typically duller in colour, monjayaki’s visual aesthetic doesn’t do it justice. This strange pan-fried creation is arguably more delicious than okonomyaki and super-fun to eat straight off the spatula. Too scared to order it yourself? MagicalTrip’s Asakusa Bar Hopping Nightlife Food Tour makes a monja’ stop as part of its evening adventures. 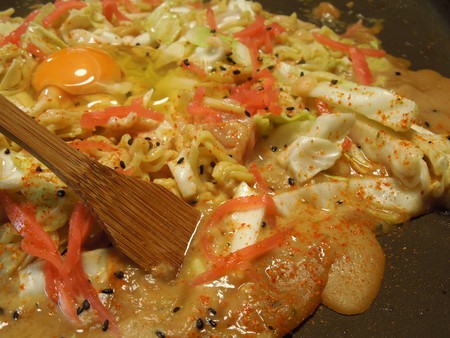