This Talented Beetle is a Rising Art Star 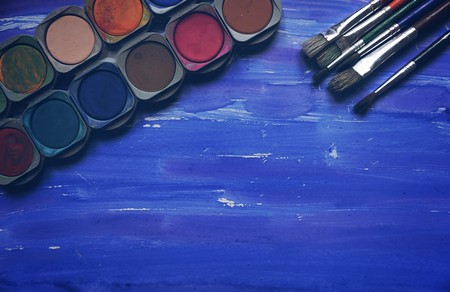 Meet Spike, a six-month-old stag beetle who’s charming the internet with his tiny works of art.

“Spike sometimes tries to clamp things in his mandibles – like fingers, if I’m not careful!” Spike’s owner, Mandy, told Buzzfeed. “I had just taken a few silly pictures of him holding things like utensils, and tried a marker, too. He moved it around on the page, so I took some photos of his ‘work.'” Mandy posted Spike’s art on her personal Twitter account, where it received a “surreal” 60,000 retweets.

Realizing that she struck internet gold, Mandy created a separate Twitter account for Spike, which has since accrued an astounding 47,500 followers who frequently post international notes of support. “Appreciate these organic lines, and I think there’s good balance between unity and diversity in the color scheme,” unofficial critic 4nks mused on Spike’s composition.

Spike is also showered with compliments on his Instagram account (with 15,500 followers), where fans regularly awe at his noteworthy creations and ask whether he takes commissions.

“He’s working every day to improve,” Mandy wrote on a Tumblr page dedicated to her “artistic buggy boy.” But this is serious business—Spike’s original artwork is already selling for over $300 on eBay.

art is hard. if you need a break, that’s okay. pic.twitter.com/HMDOIPYUrs