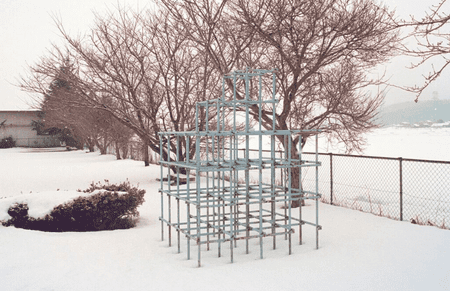 Carine Thévenau is a Mauritian/Australian artist who has recently released her stunning photographic book titled Seasonal Abandonment of Imaginary Worlds, a project that saw Thévenau focus her lens on the often overlooked population of aging Japanese playgrounds that dot the nation’s rural landscape.

Standing proud in all their decaying and abandoned glory, the snow-submerged playgrounds Thévenau photographed are more than just forgotten, discarded piles of metal and plastic. In many ways they’ve become signifiers of, as Thévenau explains, “economic shifts and Japanese cultural philosophies towards nature, respect, waste and sustainability.” 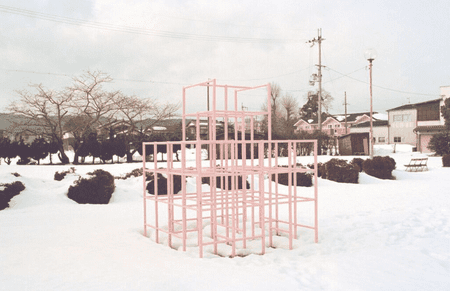 Shot in and around a farming village in Shiga Prefecture, unlike more Western variations of the jungle gym, these almost retro-style pieces have been built to withstand the test of time, providing endless entertainment for generations who have grown up in and around the real estate on which they stand.

Now left alone due to either decay or simply snowfall, some of these empty pieces look almost like contemporary sculpture installations, while others look simply like what they are: equipment “ripe for the imagination.” 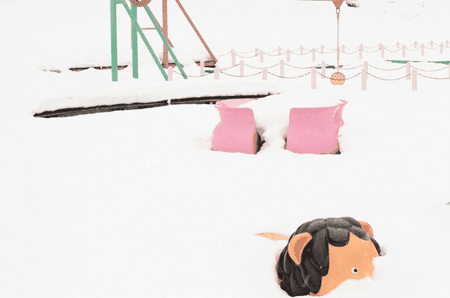 This latest series by Thévenau explores special narratives, with a focus on the concept of ma, a Japanese word and ideology for which there isn’t a direct English translation, but generally can be described as an absence through space and time, or rather as Thévenau puts it, “the space between or negative space between physical matter, where life and emotion can exist.” The pieces represent a changing point, one that’s still somehow almost suspended in time. Abandoned and decayed, we can see what came before, but now in a state of limbo, what becomes of these playgrounds once they’re fully forgotten or uninhabitable? 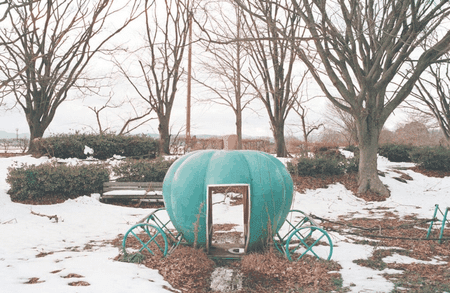 Another idea explored in these nostalgic but also strangely sad snapshots is the exploration of Japan’s aging population. As the nation right now finds itself on the cusp of an aging population crisis, what these structures represent is a time when a younger generation reigned and the playgrounds were highly populated. 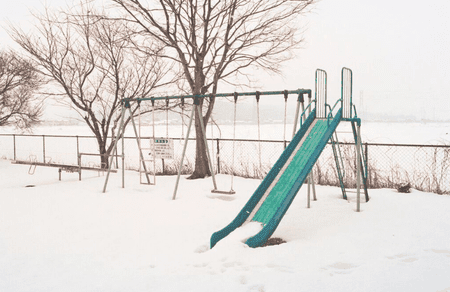 An encapsulation of the Japanese philosophy of wabi sabi is another idea that springs to mind when exploring Thévenau’s work. An ideology with roots in Buddhist philosophy, wabi sabi is almost impossible to accurately articulate, but essentially it’s an appreciation of the simple, yet impermanent states of life – it’s about finding beauty in the imperfections of everything around us. 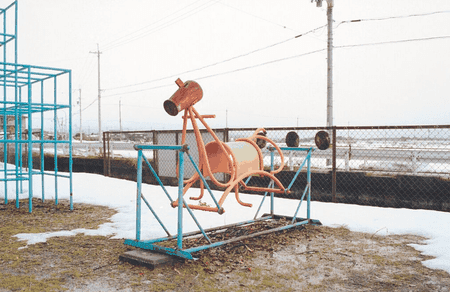 As an artist, Thévenau draws inspiration from the natural world, people and the relationship between man and nature, wilderness and built environments. Over the years, her work has featured in a number of art and culture publications, and she currently continues to exhibit her work across the world. If you’d like to know more about this or any of her other projects, visit www.carinethevenau.com or follow her on Instagram.

You can pick up a copy of the book at editions-publishing.com.