The Weirdest Japanese Candies And Confections 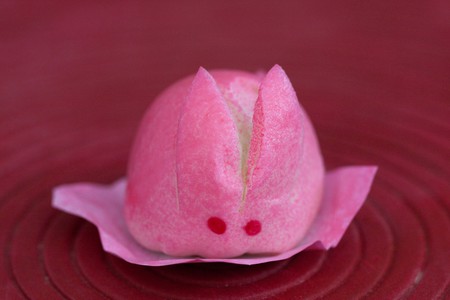 Japan has a reputation for innovation and that extends to its food and desserts as well. Some Japanese confections are traditional, simple and sweet. Others are more modern creations that are almost indelible, while some are even used by the Japanese Imperial Family as thank-you treats. Whether they’re gag gifts for friends back home or local favorites you didn’t expect you’d love, here are some of the weirdest candies to find in Japan.

The famous Japanese KitKat comes in all kinds of flavors. From bittersweet matcha to the bold hot-pepper yuzu (citrus), and Yubari melon to pumpkin without the spice, the flavor combinations are virtually endless. Almost none of them ever reach the overseas markets. In part due to this exclusivity, the Japanese KitKat have become a classic souvenir, and tourists eagerly snap up the special editions to bring back home to eager fans. 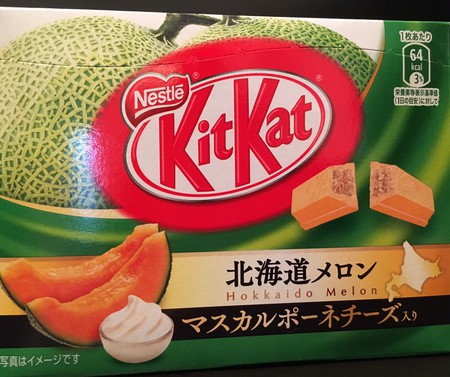 These at-home candy-making kits allow you to create realistic miniature versions of cute desserts or even savory selections. Unlike an Easy Bake Oven, where the miniature desserts are just mini versions of themselves, these creations are entirely made of edible candy. The sushi and donuts kits – complete with candy ikura (fish eggs) for the sushi and malleable ‘dough’ to mold the donuts – are two standouts.

The seemingly childlike confetti candies known as konpeitō (also spelled kompeitō) have quite a regal history. When the process to make them was introduced from Portuguese traders in the 16th century, the high volume of sugar required made them an expensive and luxurious treat. They could even be used – in large quantities – as a bribe. These days, anyone can afford these sweet but flavorless treats, but the Imperial House of Japan still distributes konpeitō to guests as a thank-you gift. 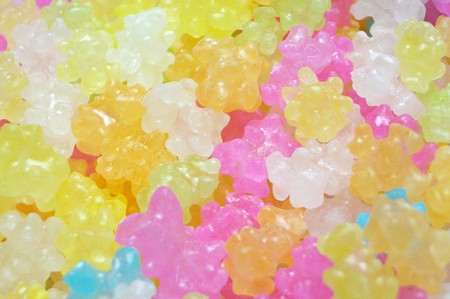 Wagashi – confections usually served with tea – come in various shapes and sizes, and commonly depict natural objects or even entire scenes. Yōkan is one of the oldest styles of Japanese wagashi sweets. It is a gelatin-style dessert made with agar, sugar and red bean (adzuki) paste. Modern gelatin-making recipes have evolved this type of wagashi into a work of art. With clear gelatin, the wagashi artist can depict a realistic scene that you’ll want to keep on display, rather than eat. 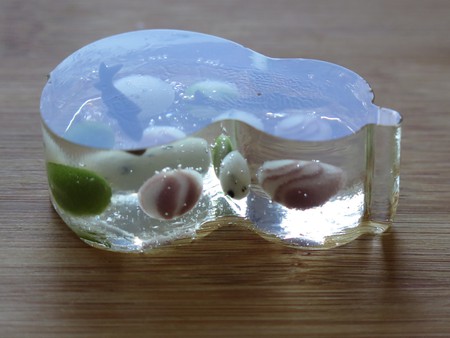 These unusual snacks look and feel like ordinary drop candies. The only difference is their unusual flavor combinations. As the name would suggest, the regional specialty drops take on the taste of regional specialties – like takoyaki (grilled squid balls) or okonomiyaki (savory cabbage pancakes) from Osaka or noodles from Kumamoto. The drops are at best a quirky invention and at worst all but inedible – though they do make great souvenirs from the cities they’re inspired by! 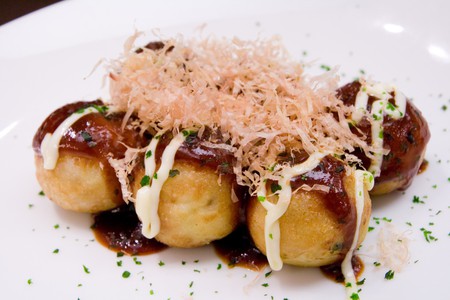 Try this in a candy drop form? | © aemosion/Flickr

More of a cake than anything (though still classified as a confection), these desserts are made from rice flour, similar to mochi (glutinous rice cakes). Manju’s low price point and versatility have made them a popular Japanese snack for over 700 years. The bunny manju are the most famous type, and feature frequently in popular culture. They are typically eaten during the autumn moon-viewing or fall matsuri.