Under-the-Radar Neighbourhoods in Tokyo You Should Visit 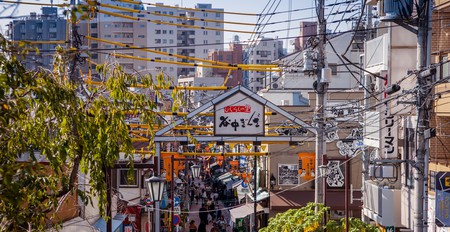 One of the best things about living in Tokyo is the fact that no matter how long you’re here, you’ll always find something new and exciting to explore. The city is a labyrinth of hidden gems and underrated hangouts. When the bustling streets of Shinjuku and Shibuya get to be a little too much, it’s worth exploring these diverse and unique under-the-radar neighbourhoods.

Things change swiftly in Tokyo. You might visit a down-and-out part of town, only to return a year later to discover that it’s become a super-chic hangout dotted with craft coffee shops and trendy fashion boutiques. Here is a guide to Tokyo’s most underrated neighbourhoods that may not be at the top of your bucket list, but definitely should be.

Like some kind of mysterious local secret, the suburb of Jiyugaoka is popular with many Tokyoites but is often overlooked in the guidebooks. The area oozes European appeal, in part due to the many cute cafés, cake shops and quaint boutiques, but mainly because of La Vita, the neighbourhood’s little Venice, located a few minutes from the station. The area comes complete with a small canal, gondola and venetian bridge. Just a 10-minute train ride from Shibuya, it’s easy to get to and a great place to spend the afternoon. 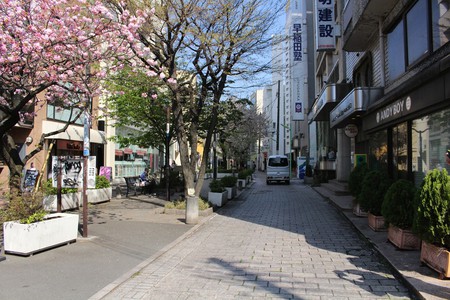 Tokyo is going through a bit of a coffee revolution at the moment, and there’s no place where this is clearer than in Kiyosumi Shirakawa, the city’s most caffeinated area. Once a working-class neighbourhood, the area is now a trendy go-to for weekenders looking to spend the day sampling some of the city’s best brews. Big coffee players like the US-born Blue Bottle Coffee and New Zealand’s Allpress Espresso both have large flagship-style stores here. 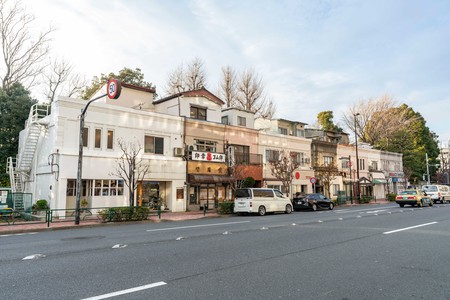 If you’re after a little old-world charm, make your way to Yanaka, arguably Tokyo’s most traditional area. The streets are filled with family restaurants, food vendors, local artisans and a unique shitamachi (old world) atmosphere; the area’s main shopping street, Yanaka Ginza, looks as if it’s been frozen in time. The neighbourhood is also nicknamed Tokyo’s Cat Town after its population of friendly stray cats. A huge contrast to the clean futuristic streets of Shibuya and Shinjuku, this ramshackle neighbourhood is a great escape from the manic energy of the centre of the city. Yanaka Ginza is just under a 10-minute walk from Ueno Park. 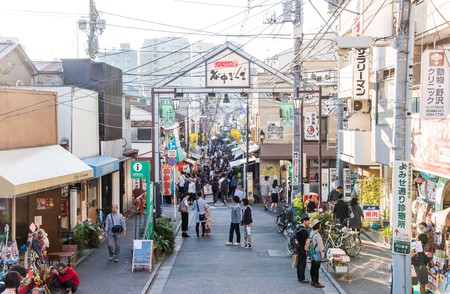 Hop off the train at Kagurazaka station and you’d be forgiven for thinking you’d arrived in a European city. Rising to prominence during the Edo period as a hanamachi (a popular geisha district), the area is a fascinating blend of French culture with a little old-world Japan thrown in for good measure. Stroll along the cobblestone streets and sample freshly baked pastries; just make sure to put aside a little time to visit Akagi Jinja, a modern marvel that looks more like a contemporary gallery than a place of worship. 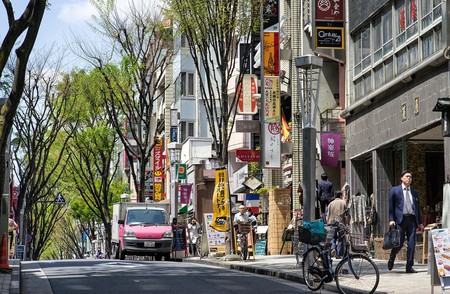 Shin Okubo is a small corner of the city that feels worlds away from Japan, yet is just one stop from Shinjuku. Known to the locals as Little Korea, this neighbourhood is home to the city’s densest population of Korean bars, cafés, beauty stores and restaurants. Shin Okubo is one of the best places for Korean food outside of Korea, and the aroma of sizzling Korean barbecue wafts through the air. The area is generally considered by Japanese people to be a little seedier than some other corners of Tokyo, but that’s seedy by Tokyo standards, a city where you can leave your wallet on a table without it getting stolen, so it’s still pretty safe. 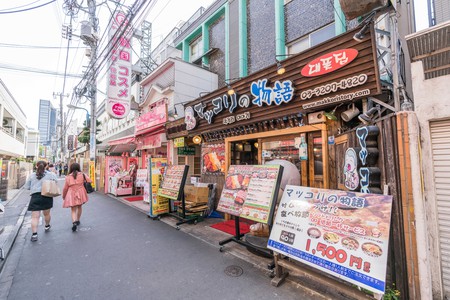 Known as ‘Harajuku for grannies’, Sugamo is a retiree hotspot, but it’s fascinating nonetheless. Running down the centre of the area is Jizo Dori, a strip of stores, cafés and restaurants where locals gather to shop, pray and hang out. The centrepiece of Sugamo is Koganji Temple, located halfway down the street. The temple is home to a statue of Togenuki Jizo, a figure that’s said to heal ailments. Many people visit to wash their aching bodies in the sacred water for healing and relief. If you want to hang out with some of the city’s longest-living locals, this is the place to do it. 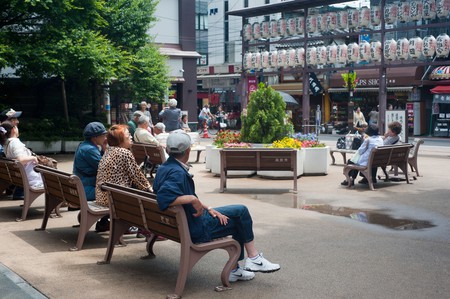 If you’re a hardcore anime fan you’ll recognise Takadanobaba as the home of Astroboy, the character from the cartoon series of the same name. If you’re a sci-fi geek this name may also sound familiar, because Takadanobaba is the naming inspiration behind the Star Wars world Takodana. Takadanobaba is also where you’ll find Toyama Park, a beautiful sprawling park during the day, but a supposedly haunted hangout at night. It’s said that the bodies of over 100 victims of scientific experiments on humans lie here. 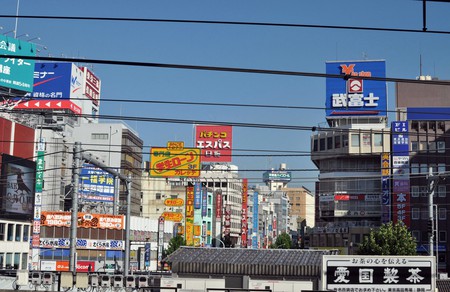