Japan Is Paying Atomic Bomb Survivors to Tell Their Stories 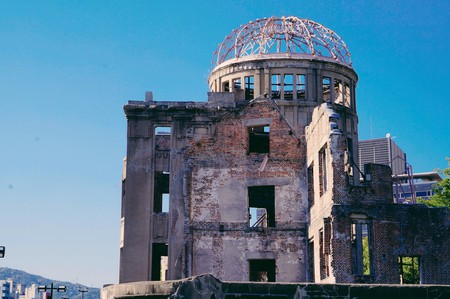 In 1945, the Japanese cities of Nagasaki and Hiroshima were obliterated by U.S. atomic bombings during the final stages of World War II. The first event happened on August 6, when an American B-29 bomber dropped the world’s first atomic bomb over Hiroshima, wiping out around 90% of the city and killing 80,000 people instantly. Many others perished due to radiation and illness not long after.

Three days after that attack, a second B-29 bomber went on to unleash another bomb on Nagasaki, wiping out around 40,000 more people and leaving more death and destruction in its wake. A devastating moment in the history of humanity, it’s an important reminder of how dark times of conflict can get.

Between 2012 and 2014, the cities of Hiroshima and Nagasaki started training survivors of the events, known as “hibakushas” to become storytellers. Today there are about 100 storytellers in total, mainly locals who have gone on to share their testimonies of what it was like to live through this horrific moment in human history.

As well as giving talks at Hiroshima Peace Memorial Museum and Nagasaki Atomic Bomb Museum, they’ve toured throughout the country passing on messages of great sadness, but also stories of resilience and peace.

Prior to now, those hosting the events and requesting the speakers, were required to cover the costs of transport, lodging and any other additional expenses. For smaller government organisations, the financial burden meant that they had to give up on their hopes of bringing a storyteller to their town.

In order to help share the stories of “hibakushas” and ease the financial burden of this important initiative, Japan’s Health, Labour and Welfare Ministry has just announced that they’ll factor in a 30 million yen (US$280,000) in the draft of the 2018 budget to help share the storytellers’ messages with not only Japan, but the world. The government has also stated they’ll conduct English lessons to prepare those planning to talk overseas.

Serving as contact points for the storytellers, the Hiroshima Peace Memorial Museum and Nagasaki Atomic Bomb Museum reported that in 2016 there were 180 requests for storytellers to appear at universities, schools and other organised events across the nation. With this recent announcement that number is sure to skyrocket.

As of March last year, the official combined number of “hibakusha,” from both Nagasaki and Hiroshima was 164,621 and the average age 81.41. However, the message won’t be forgotten as the storytellers will also have “A-bomb legacy successors,” people who can continue the storytelling after the first generation of survivors have passed on.

Like Pope Francis reminded us at the beginning of this year, though it happened in the past, it’s something we can continue to learn from to this day.