How a Woman Invented the Novel: 'The Tale of Genji' 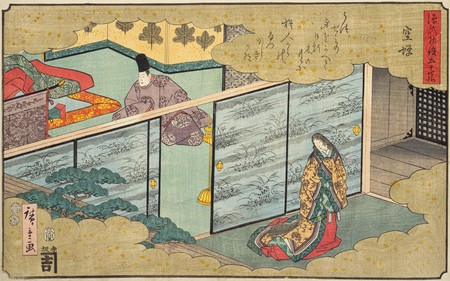 The Tale of Genji was written over one thousand years ago during the ancient Heian Period of Japan, by a lady-in-waiting named Murasaki Shikibu. It is considered by many to be the world’s first novel. Whether you agree or not, Murasaki’s tale of the deposed son of an emperor is unquestionable something of a remarkable work. What’s the story behind this groundbreaking work and the woman who put it all together? Read on and find out.

Lady Behind the Brush

Murasaki Shikibu was a nickname given to her at court, as was the custom back then. The author’s true name remains unknown, and all we know is that she was born into the Fujiwara Clan. She lived an unusual life, and was from an early time aware of precocious inclinations to learn and go against the grain. Unlike most noblewomen, she stayed in her father’s house until her mid-20s before marrying one of her father’s friends, Fujiwara no Nobutaka. They had one daughter together, before Nobutaka died from cholera just two years after their daughter’s birth. It was then that Lady Murasaki began penning The Tale of Genji. 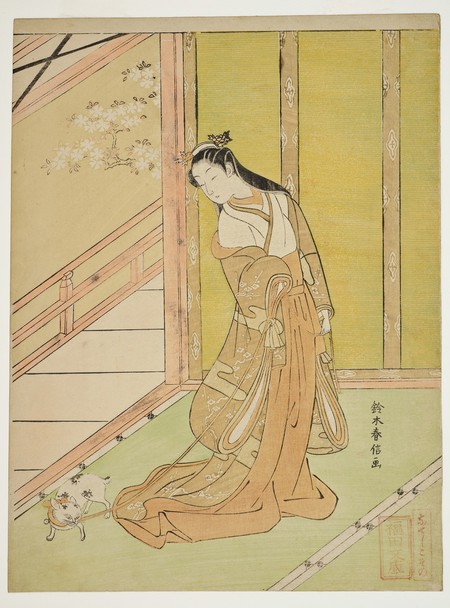 Lady Murasaki was an avid writer of poetry, and it is commonly thought that her husband’s death is what first inspired her to write The Tale of Genji. When her reputation as a writer spread, Lady Murasaki was invited to be a lady-in-waiting to Empress Shōshi at the Imperial Heian Court. She was to be both a tutor and a companion to the teenage empress. Part of the reason why The Tale of Genji is so significant is because the later chapters depict court life and aristocracy in painstaking detail. A boon for historians, then. 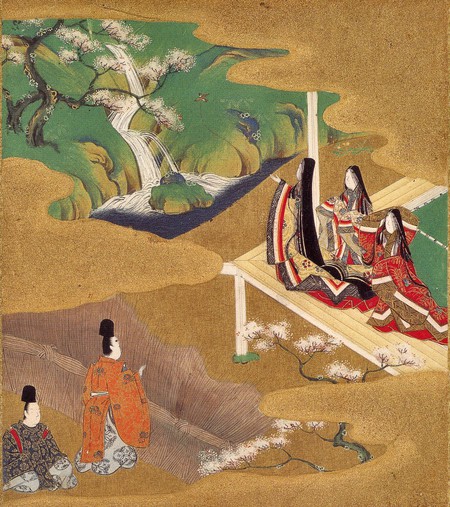 By Women, For Women

If The Tale of Genji was written by a woman, it was, more importantly, also written primarily for women. The 1,100-page novel took years to write, contains hundreds of characters, and was written in chapter-by-chapter installments distributed to Murasaki’s fellow court ladies and other high-ranking noblewomen. Court diaries kept by the women express their opinions on the tale — most notably, Lady Sarashina (author of the Sarashina Nikki, or The Sarashina Diary), is known to have expressed her glee at having gotten her hands on a complete copy of the tale.

Although women at the time were banned from learning the written Chinese characters used by the court, Murasaki displayed an obvious aptitude for it, must have taught herself to be fluent. She nonetheless worked primarily with kana, the syllabary unique to Japan and the Japanese language. It was known as the language of court ladies, and so it was that women of the time were laying the foundation for Japanese literature, while the men toiled away with their Chinese writings. 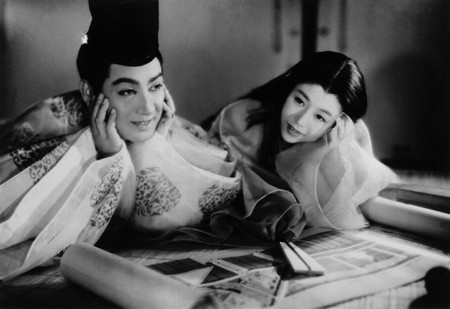 A scene from The Tale of Genji, a 1951 Japanese film | This photo is now in the public domain. Lifted from WikiCommons

The Tale of Genji

The Tale of Genji was primarily written to entertain the ladies at court, and it’s possible the work was commissioned as such. It is about the life of Hikaru Genji, the son of an ancient Japanese emperor who has been stripped of his title by the current emperor. With his new commoner surname of Minamoto, Hikaru Genji/Minamoto decides to pursue a career as an imperial officer at court. What follows is simply the life and times of a deposed heir and the workings of aristocratic Heian society, otherwise known as the first modern novel. It’s a story not only of politics and power but of emotional relationships and love. 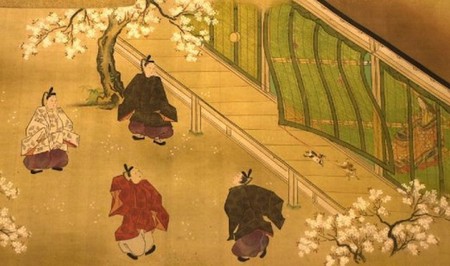 A scene from The Tale of Genji. A woman watches the men play in the garden from behind a screen | by Kano Ryusetsu Hidenobu, lifted from WikiCommons

In The Tale of Genji, none of the characters are ever referred to by their real names. Rather, they are given nicknames based on their status, appearance or even the clothes they are wearing. Hikaru Genji means shining prince; Murasaki, a character in the novel whom Lady Murasaki probably takes her nickname from, means purple. Other characters include the Minister of the Left, Captain, Elderly Lady and Cicada Shell (Utsusemi), the first woman who manages to resist the Shining Prince’s romantic overtures. Scholars believe this avoidance of proper names was a cultural aspect of the Heian Court. In aristocratic Heian culture, it was preferable to call someone according to their station or relationship rather than by their name. 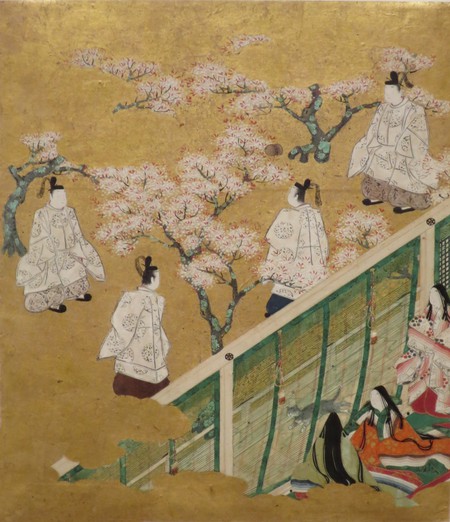 While The Tale of Genji did not have much in the way of a plot or plan, it was astonishingly consistent. With some 400 characters to keep track of, Lady Murasaki manages to stay faithful to all of them and ensures that they act in ways consistent with their personalities, relationships and stations. It’s possible that Murasaki helped herself by basing the characters on people she knew in real life (including herself and her rumored lover, said to be the two main characters). Rather than having a climactic event and resolution, the characters simply grow older, new events spurring their lives forward.

At the end of the serialized work, the story ends abruptly in mid-sentence; it is believed that Murasaki continued to write The Tale of Genji for as long as she could.