The Story of Kitakata's Ramen and Where To Eat It, According to an Expert 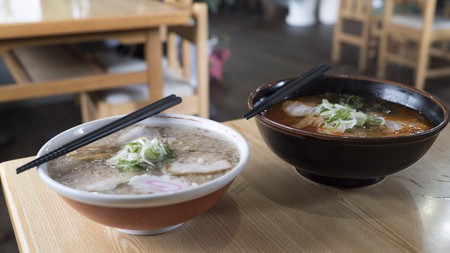 The small city of Kitakata has over 100 restaurants selling its famous, historic style of ramen. Culture Trip spoke to Taku Hanami, an expert on Kitakata ramen, about the origins of the noodle dish, what makes Kitakata ramen so special, and the best places to try it in Kitakata City.

As you approach Kitakata City, which is surrounded by mountains and located within the Tōhoku region of Fukushima prefecture, you’ll immediately notice signs for the restaurants that have played a hand in making this one of Japan’s most famous ramen towns. Kitakata City has the most ramen shops per capita in Japan, and here, the hearty dish is typically eaten for breakfast (a custom that is known as asa-ra, or morning ramen). To find out more about how ramen has become such an integral part of the culture, heritage and story of Kitakata, Culture Trip talked to Taku Hanami, the eighth president of the Kitakata City Ramen Association and representative director of the Kitakata Ramen restaurant chain ‘Raimu’. The city has over 100 ramen shops, so to help visitors source the most authentic, delicious bowls of ramen in the area, Hanami also shared the best places to eat ramen in Kitakata City. 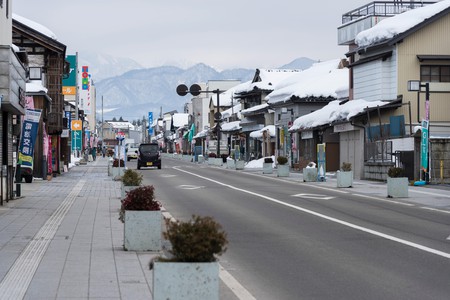 Before the 1920s, there were no ramen restaurants in Kitakata City. Hanami explains how the noodles arrived in the city for the first time: “A young man from China started selling ramen at a portable yatai (food) stall in town, attracting customers by playing a traditional Chinese woodwind instrument called a suona. That hand-made ramen stall is said to be where the 70-year history of Kitakata Ramen found its inspiration.” But the name for the dish came later, “At the time, we didn’t use the word ‘ramen’, but called the dish ‘Chinese soba’.” This noodle soup soon took off in a big way, not just in Kitakata but simultaneously all over Japan, most notably in Yokohama. Every prefecture then made the dish their own.

Although ramen can now be found across Japan, one of the reasons why Kitakata ramen became the famous dish it is today is due to the celebrated kura warehouses (traditional storehouses) of the city. Hanami explains that, “Kitakata City has long prospered from its production of soy sauce, miso and refined sake. Kura warehouses, which are strong against fire damage, were often used to produce and store these goods.” However, in the mid-20th century, these warehouses began to be torn down in favour of a modern cityscape. Luckily, a group of local photographers decided to preserve the warehouses as a reminder of the city’s history and for future generations. Hanami explains that this had a huge impact on tourism to Kitakata, which directly influenced its ramen fame. “Kitakata became known as ‘the Town of Warehouses’, and as more people came to visit the warehouses they also tried the local ramen,” allowing knowledge of the city’s particular brand of ramen to spread outside its borders. “This and a stream of television shows both locally and internationally in the 1980s made Kitakata the must-visit destination for anyone who loves their ramen.”

Every ramen variety has its own twist, and Kitakata’s style is no exception. Here, the dish is made with a soy sauce base and is typically topped with chashu (barbecued pork belly), chopped spring onions and bamboo shoots. It’s also unique in its style of noodle; the texture is firm, flat, and curlier than the ramen noodles used elsewhere in Japan, making them extra slippery – this specific style of noodle is known as Hirauchi Jukusei Takasuimen. While the individual taste can vary drastically from restaurant to restaurant, something that unites all Kitakata ramen is the rich flavour of the broth and noodles. Hanami explains that, “This great taste has its origins in the fact that Kitakata ramen noodles and soup are made using high-quality subterranean water from Mt Iide,” a factor that also contributes to the fantastic sake produced in the region. 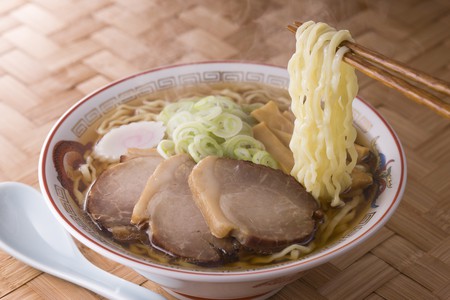 While the excellent standard of Kitakata ramen has stayed the same for decades, the ramen itself has changed and developed over the years, and most recently a lighter, gentler flavour has been sought-after compared to the rich broth favoured in the past. While Hanami believes that variety in ramen recipes is a good thing, he also acknowledges that it’s important to accurately pass on the traditions of one’s ancestors and preserve what makes Kitakata ramen unique. Visitors can learn more about Kitakata ramen at the Kitakata Ramen Museum and shrine, stock up on supplies at the Aizu-Kitakata Ramen Souvenir Shop or take part in the lively annual Ramen Festa in February. 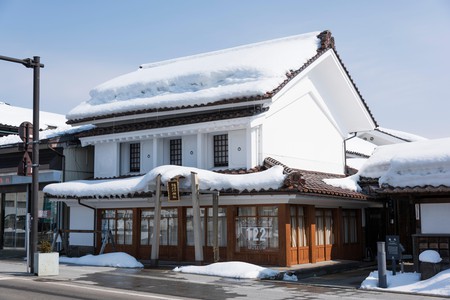 While it might be tempting to try as many of the 120 ramen shops in Kitakata as you can, Culture Trip asked Hanami to recommend some fantastic restaurants in Kitakata to get you started.

If you don’t know where to commence your Kitakata ramen journey, consider trying Genraiken because – as Hanami says – it is “said to be the ‘original Kitakata Ramen restaurant’” and is the descendent of the original street cart mentioned above. Close to the main train station, you can literally hop off the train from Tokyo and go straight to Genraiken to try some classic Kitakata ramen, and perhaps a side of homemade gyoza or rice. With a drinks menu ranging from sake to cider and classic dishes such as katsudon and soba available, there is plenty of choice here. From a street cart that grew in popularity to this famed restaurant, Genraiken is a classic.

Hanami describes Bannai Shokodu as “the most famous Kitakata ramen shop in the city.” The team start making the noodles for their ramen at 7am every day, ready for the breakfast line, which can often stretch around the corner. The pork is highly regarded here and truly melts in your mouth, and alongside this classic Kitakata ramen, there are a variety of vegetable toppings and small sides to choose from, such as soft-boiled eggs, gyoza and rice with chashu pork. The interior is cosy, with both traditional floor and table seating available.

Isseki-San-Chou is a welcoming “local ramen shop operating out of a remodelled medicine cellar,” says Hanami. The shop prides itself on understated ramen, and the chefs play with subtle flavours and ramen combinations for a fresh take on the local style. They also use extra-thick noodles, making for a filling bowl of ramen that’s sure to satisfy. Drawing on local resources and ingredients, this is a restaurant that wants to give back to the community and share Kitakata ramen with the world. They regularly hold initiatives to spread the word of kitakata internationally and place fun signs in the shop window specifically to attract customers from overseas.

The family behind Makoto Shokudo has been serving ramen for 70 years over four generations and, as Hanami mentions, “The owners live upstairs and enjoy talking with the customers, even in English.” Customers can eat on smaller tables in the restaurant or in private family rooms, the latter of which makes this ramen spot a great option for larger groups. They serve a powerful broth with thick noodles, and their katsudon dish, featuring deep-fried pork cutlet and delicious sauce, is also incredibly popular for anyone looking for a change from ramen. Despite the fact that Makoto Shokudo is surrounded by other restaurants in the Otazukimichishita area, you’ll often find a queue waiting outside, particularly for breakfast.