The History Of Harajuku Style In 10 Iconic Looks

The boy style of Dark Lolita, known as kodona style. The cutoffs are called ‘prince pants’ and are typical of the style | © Carlos Castillo/WikiCommons

Japan is renowned for its offbeat trends, and its fashion sense is no different. The striking Harajuku style captures the imaginations of people all over the world. Typified by its colorful theatricality and quirky character themes, it’s the creative, funky style we all wish we had the guts to wear. Take a walk through the history of modern Harajuku style, from cosplaying to visual kei and everything in between.

The term gyaru – a transliteration of the English word ‘gal’ – began to be used in the 1970s to refer to fashion-conscious girls in their teens and 20s who rebelled against the traditional expectations of beauty. The fashion’s popularity peaked in the early 2000s. These days, it can refer to a slew of different fashion styles, and is more of an umbrella term for all the different subcultures which sprang from its origins, rather than a fashion statement in its own right. 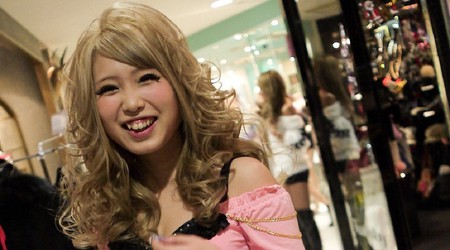 The ‘ko’ in kogal is a shortened form of kōkōsei, or high school. The look is a play on school uniforms, and includes especially short skirts and cutesy accessories. The style reached the peak of popularity in 1995, and a few years later was replaced by the dark-skinned ganguro look. 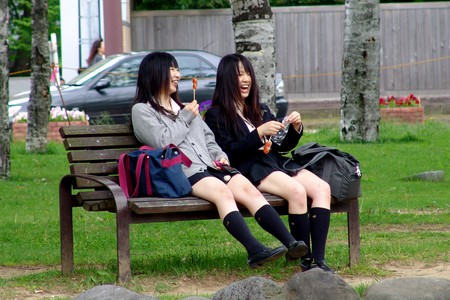 The ganguro gal (gyaru) challenged the traditional Japanese concept of beauty. It is typified by ultra-tanned skin, over-the-top makeup and lightened hair. This style first appeared in the mid 1990s, but has since declined. However, the style is thought to have influenced the more recent banba, manba, and yamanba styles, which feature even darker skin, more white makeup and sometimes candy-colored hair or wigs. Banba is the understated form, closest to ganguro, while yamanba is the most elaborate. 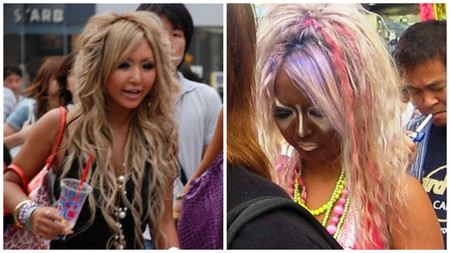 Japan is the center of the cosplay universe, and the Harajuku Bridge is one of the best places to check it out in Tokyo. Cosplaying is a hallmark Harajuku style, but of course it’s practiced everywhere in Japan and around the world. Influenced by video games, manga, anime and pretty much any other visual art, fans create costumes and dress up to show off their looks. Cosplaying’s popularity boomed in the 1990s and shows no signs of slowing down. 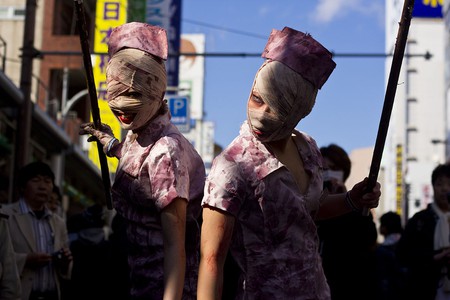 Fans dress up as creatures from Silent Hill at a street festival in Osaka | © Japanexperterna.se/WikiCommons

This style was born from Lolita fashion. Like Lolita, the clothing is influenced by classical Victorian era fashion. It features dark, Gothic makeup and a macabre twist on traditional Lolita elements like bows, clips and jewelry. The style became popular in the late 1990s and early 2000s, and still exists among many Japanese youth today. 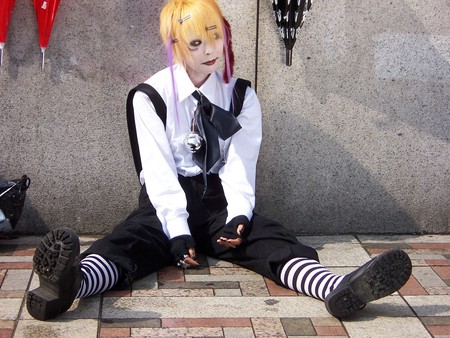 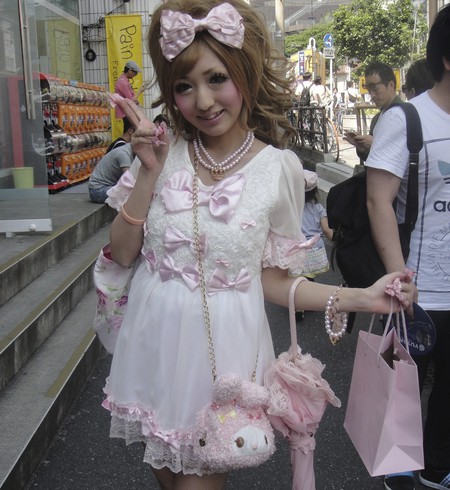 A sweet-loli or princess lolita look. The kawaii accessories take the look from Shibuya to Harajuku style | © Carrozza Lrn/WikiCommons

The visual kei (visual style) movement trickled down from visual kei bands to the fans who loved them. The style features dark, almost Gothic styles of makeup and elaborate hairstyles – like a Japanese manga character come to life. While visual kei can be attributed to bands, it doesn’t describe a particular genre of music, since it involves their visual style and appearance rather than sound. This fashion statement reached the peak of popularity in the early 2000s. The bright and happy version of visual kei is known as oshare kei. The styles are especially popular with overseas fans. 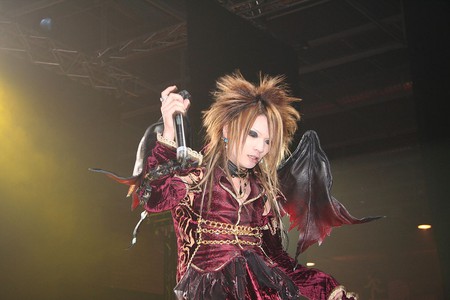 A typical Harajuku street-style look, epitomized in the brand Co & Lu. This sort of funky, hip-hop style was popular around 2010, and variations of it live on in fashion today. 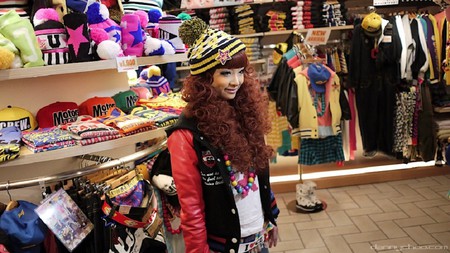 Shiro-nuri means ‘painted in white’. This small subculture was popularized by artist and fashion model Minori. It features painted white skin, while the clothes share aspects with Lolita and cosplay subcultures. The influence of East and West coming together are very apparent with this style. Minori began pioneering the style in 2009, when she was only 18.

⚜ n e w • v i d e o ⚜ . . Finally uploaded a detailed video on how exactly I do my white foundation makeup for shironuri 😺 Hope this helps you out! This will cover anything up and make you look as white as a sheet of paper…its not for everyday wear. . . If you like it make sure to give it some love, ya? 💕 . . . #shironuri #shironurimakeup #japanesefashion #japanesestyle #japanstyle #cosplaygirls #cosplays #halloweencostume #halloweenmakeup #halloween2016 #kryolan #kryolanofficial #sugarpillcosmetics #sugarpill #bennye #bennyemakeup #whiteface #alternativegirls #altgirls #makeuptransformation #makeuplooks

Decora is a relatively new style. It was pushed into popularity by the queen of Harajuku pop music, Kyary Pamyu Pamyu. The style features bright rainbow colors for both clothes and hair, but most of all tons and tons of hair clips, decorations and ornaments. This look is also popular with overseas fans.