The Best Things To See and Do in Hakodate, Japan 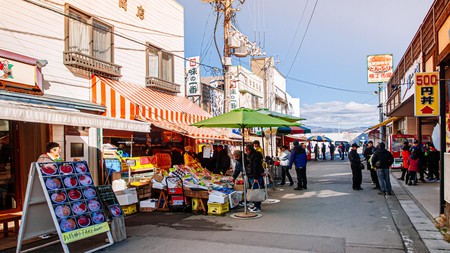 Hokkaido the northernmost prefecture in Japan, is a rugged island of lakes, snowfields and forests. At its southern tip sits Hakodate, a seaside gateway to the island crowned with a soaring mountain, a European-style castle and where you can indulge in some of the country’s finest seafood.

Hakodate, Hokkaido‘s third largest city – after beer-loving Sapporo and frost-bitten Asahikawa – was one of the first Japanese ports opened up to foreign trade in the 1850s. And even though hordes of tourists have not followed since, the trail of visitors who do venture this far north are greeted with historic forts, fun festivals, a dynamic waterfront and ocean-fresh fruits from the sea. From the top of the mountain to the bottom of the harbour, now you can tick off the 10 best things to see and do here.

Hike to the summit of Mount Hakodate

The peak of Mount Hakodate, or Hakodate-yama in Japanese, affords the most picturesque vantage point in the region. Fringed by forest, the 334-metre-tall (1,096ft) mountain can be reached by car, bus, ropeway or on foot via a steep one-hour hike in Japan’s warmer months (the walking trails are open May to October). The vista from the free observation deck is jaw-dropping, especially at night, with the lights below twinkling on the narrow stretch of city between Hakodate harbour to the west and the Tsugaru Strait to the east. Mount Hakodate also houses a World War II battery not far from the summit – chunks of concrete rather less charming than Hakodate’s much more famous fortification. 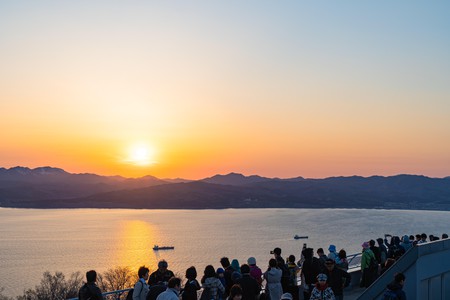 At sunset, the place to be is Mount Hakodate’s observation deck | | © Kaedeenari / Alamy Stock Photo

A decade after the first foreign ships sailed into the city’s port, Hakodate constructed Japan’s first European-style fortress – a five-pointed citadel built late in the Edo period, then a flashpoint of the civil war between the old feudal army and the new Meiji government. Today, the only conflict this castle sees is competition over who can snap the best photo of the thousand cherry trees that bloom each spring, with petals blanketing the public park within the pointed walls. Nearby, the 107m-tall (351ft) Goryōkaku Tower provides a bird’s-eye view of Hakodate’s premier man-made landmark. 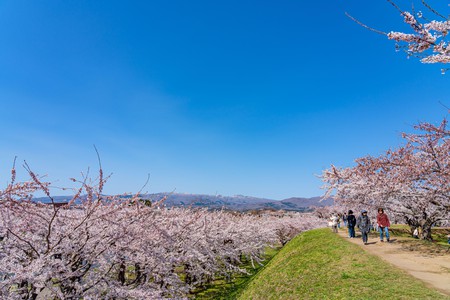 As Hakodate became the most important port in northern Japan, pioneering merchants from around the globe found a home on the slopes of the mountain, building a neighbourhood with architectural influences spanning from London to Moscow. Motomachi is home to a Russian Orthodox church, whose bells chime at 5pm every weekend, the opulent Old Public Hall, a Roman Catholic church and the former British consulate, complete with rose gardens and tea rooms for a cup of Earl Grey. 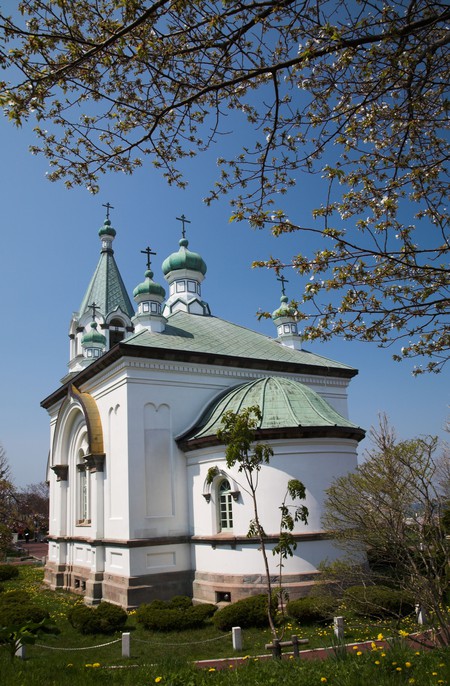 Feast on seafood at the morning market

Tuna, squid, salmon roe, sea urchin, crab… if it swims, it’s on the menu. Squid is the local specialty – head to Tabiji just across the road from Hakodate station to try the fabled dancing squid, where soy sauce is sprinkled over the seafood to make it spasm. The dozens of street stalls in Daimon Yokocho dish up squid ramen and seafood-heavy donburi rice bowls, while the Hakodate morning market (or asaichi, in Japanese) is abundant with fresh-caught seafood from dawn until noon. 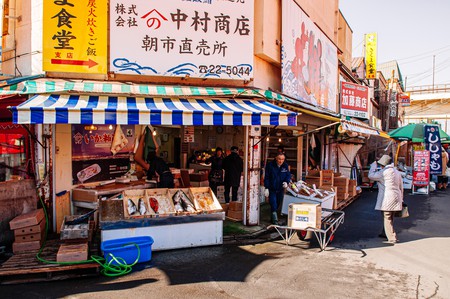 Check out the Hakodate port festival

For six days at the beginning of August, the streets around the port are abuzz with food stalls, fireworks shows and kimono-clad party-goers making the most of this colourful summer festival. But the top reason to attend the Hakodate port festival is the ika-odori, or squid dance — a wiggly jig performed by teams of dancers each with their own costume but the identical “Ika-ika-ika-ika-ika-odori!” chant as they march down the street, like some kind of Japanese seafood-themed version of the Rio carnival.

From Motomachi, follow the tree-lined Hachiman-zaka slope down to the harbour, where rows of pointy-roofed storerooms dominate the waterfront. The Hakodate Red Brick Warehouse precinct sprang up in the early 20th century, evoking the essence of those early merchant days and providing an industrial-chic backdrop for the modern fashion boutiques, eateries, beer halls and souvenir stores that now occupy it. The area is particularly renowned for its glassware, and there are studios where you can see the glass-blowers at work. 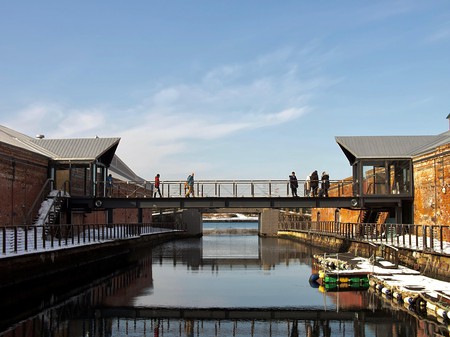 Learn about the Ainu people

Hokkaido was originally inhabited by the Ainu people, a group indigenous to Japan and Russia. And the Hakodate Museum of the Northern Peoples tells their story – mainly in Japanese, but ancient artefacts such as tools, musical instruments and garments speak all languages. The building itself is a piece of history, having converted the city’s Bank of Japan branch constructed in 1926. 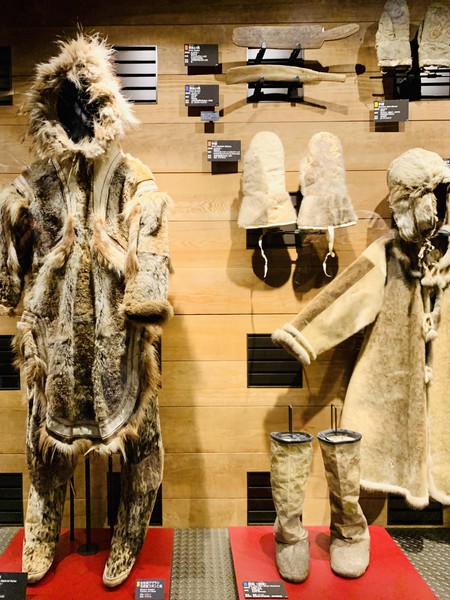 A Shinto shrine sits in the shadow of Mount Hakodate, with dense forest shrouding its elaborate, century-old main hall. Crowds flock here to the annual summer festival on August 15, as well as for epic New Year’s celebrations. The most significant Buddhist temple in the area is Koryu-ji on the other side of the mountain, dating back to 1633. 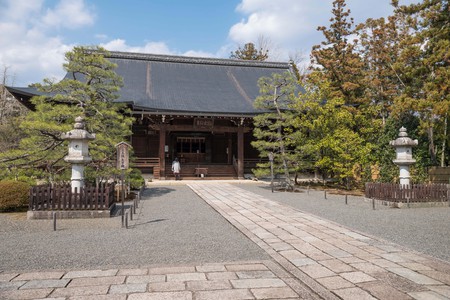 Hakodate’s JR station pierces the centre of the city, while the Hokkaido Shinkansen delivers bullet trains to Shin-Hakodate-Hokuto station, 20km (12mi) north. But the most romantic mode of transport is the vintage red haikara-go trams shuffling around the city – single-carriage streetcars that provide a reminder of Hakodate’s trading heyday. They form part of a tram system covering the main tourist areas, including the two routes that snake down from Hakodate station to either side of the mountain. 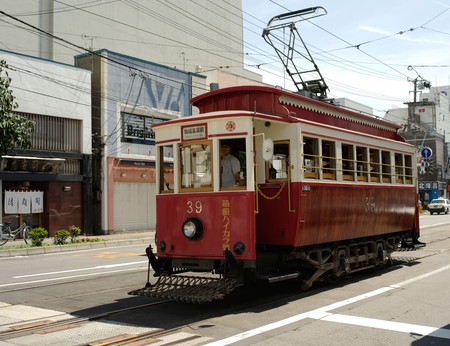 Hokkaido affords several day trips easily taken from Hakodate. The Onuma Quasi-National Park is littered with island lakes; the Mizunashi Kaihin hot springs fuse with the ocean; while Yunokawa Onsen neighbours tropical botanic gardens. The waterfront Nakamura-ke Residence is a throwback to Esashi’s halcyon herring trade days. But the most compelling day trip is to Matsumae Castle, Japan’s northernmost traditional castle and a feudal outpost on the frontier that is Hokkaido, less than two hours’ drive southwest of Hakodate. 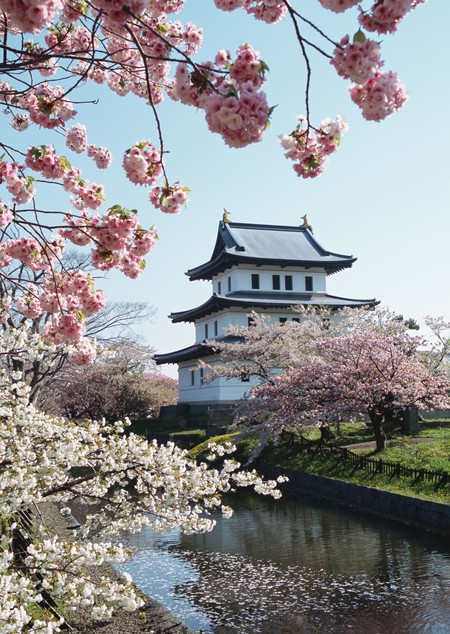