The Best Things to do in the Tennoji District

Back streets of Tennoji | © Kouki Kuriyama/Flickr
Not as big as Namba or as glitzy as Umeda, Tennoji still has a lot to offer. This area holds its own unique charm with plenty of historically significant sites and a vibrant undercurrent of the Japan of decades past. Tennoji is an often unexplored part of Osaka that deserves a visit.

Go to the Top of Japan’s Tallest Building

High above the hustle and bustle of the city looms the Abeno Harukas, Japan’s tallest building, scraping the sky at 300 meters. Named for its tremendous height, the building is topped by the Harukas 300 observatory, where nearly the entire city of Osaka can be seen. The building is also home to the Osaka Marriott Miyako Hotel, the Abeno Harukas Art Museum on the 16th floor and a plethora of shops among its lower levels. The Abeno Harukas can be a one-stop shop for a full day of shopping and sightseeing. 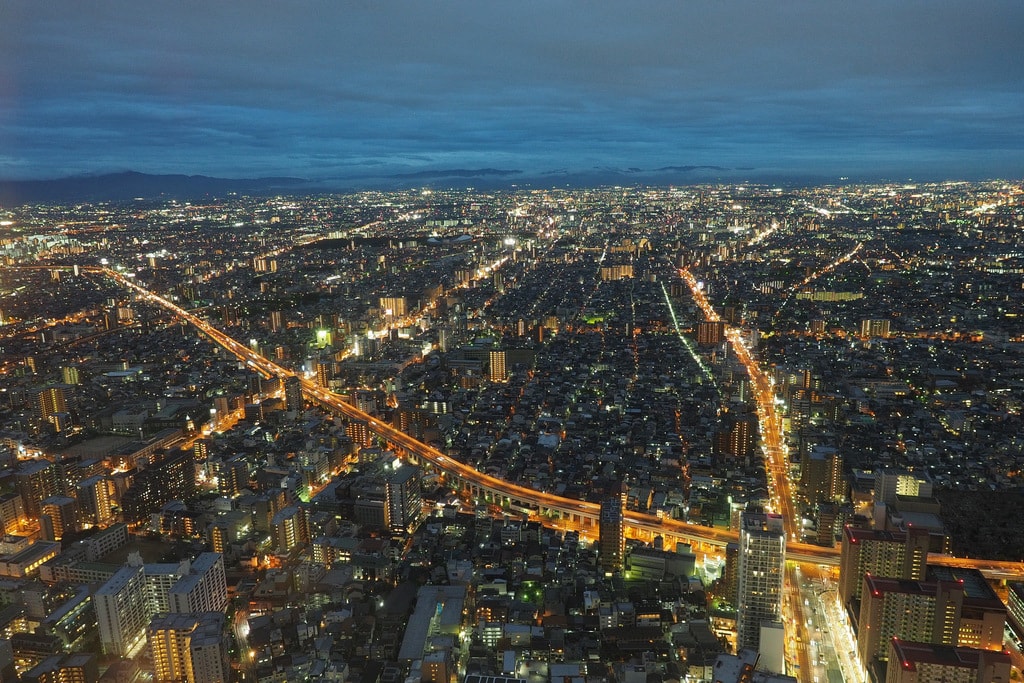 Get Spiritual at One of Osaka’s Oldest Temples

While away a few hours at the grand temple of Shitennoji. The original temple was built more than 1,400 years ago, and though fire has taken its toll many times over, it has always been faithfully rebuilt to the original standards. The temple also has a five-story pagoda, which visitors may explore, a rare opportunity as the structures are often off-limits at other temples. There is a small fee to access the inner grounds and the pagoda, but who can put a price on setting foot in this amazing structure? 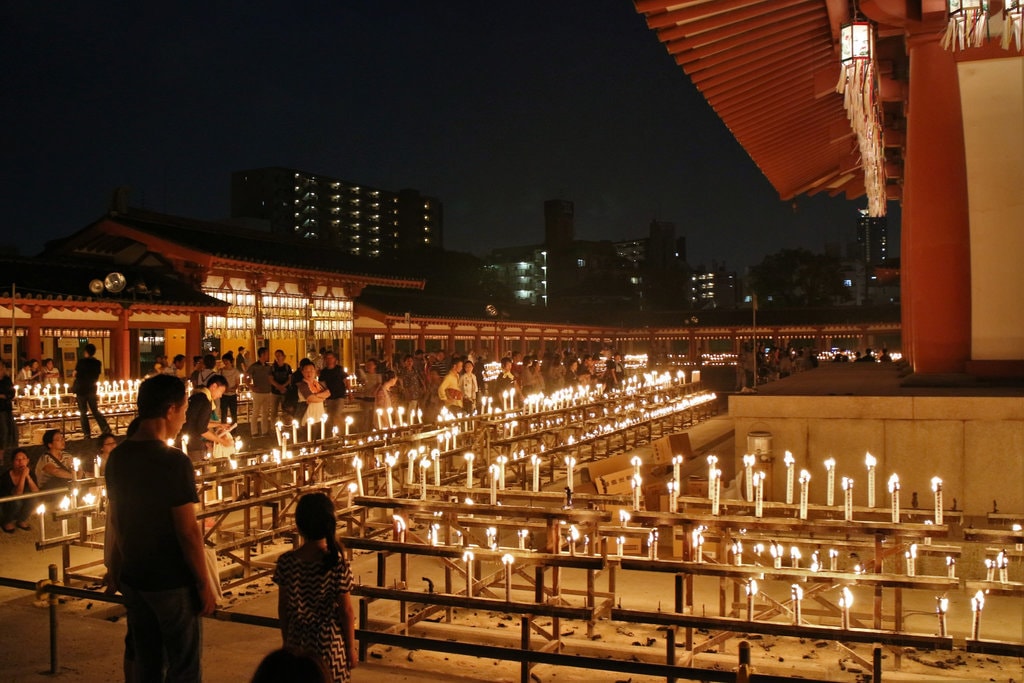 Renovated in 2015, the park now includes a large green space for walking, playing and just plain frolicking, as well as new shops and restaurants, the Tennoji Zoo, and the widely respected Museum of Fine Arts. If you can find it, the Keitakuen Garden is considered a hidden treasure by some and is a peaceful hideaway tucked away in the middle of a concrete jungle. Also explore the newest area of Tennoji Park, Ten-shiba, where you’ll find the beautiful shops and cafés. Take a day or an afternoon to get away from the city while never stepping outside of it bounds. 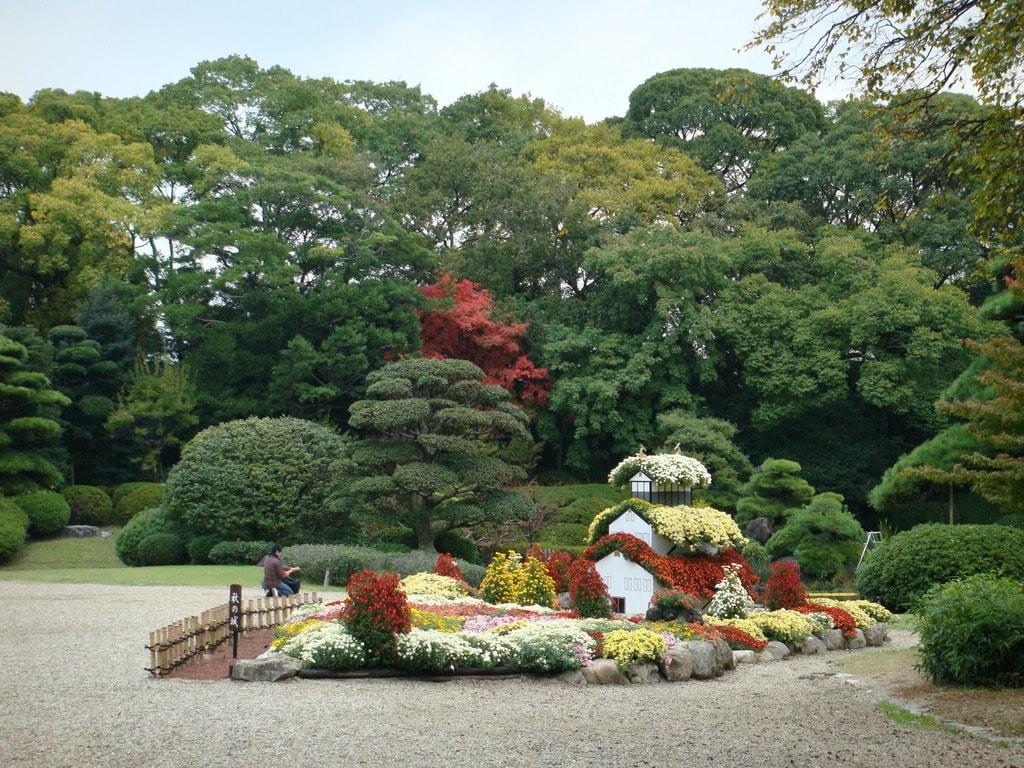 Get Lost in a Neon Jungle

Follow the glow of lights to find yourself in the neon underbelly of Tennoji. Although Japan is an incredibly safe country, Shinsekai has a grittier feel. Its name means “New World,” but the area’s development was mostly ignored by government officials, despite it once being a popular spot for travelers. Still a sizeable tourist destination, it’s most famous for kushikatsu, an incredibly tasty experience. This delightful dish is literally just fried things on a stick. From juicy beef to tender vegetables to succulent quail eggs, if it can be skewered, it can be fried and eaten.

Relax in a Super Sento

Have you ever been to a bathhouse and thought to yourself, “If only this were European-themed, open 24 hours and had access to a water park?” At Spa World, all your dreams come true. In this multi-story behemoth, you can walk into a gigantic European or Asian spa experience. Atop the building is a water park complete with waterslide, and as previously mentioned, it’s open all night, so try not to fall asleep in a pool. 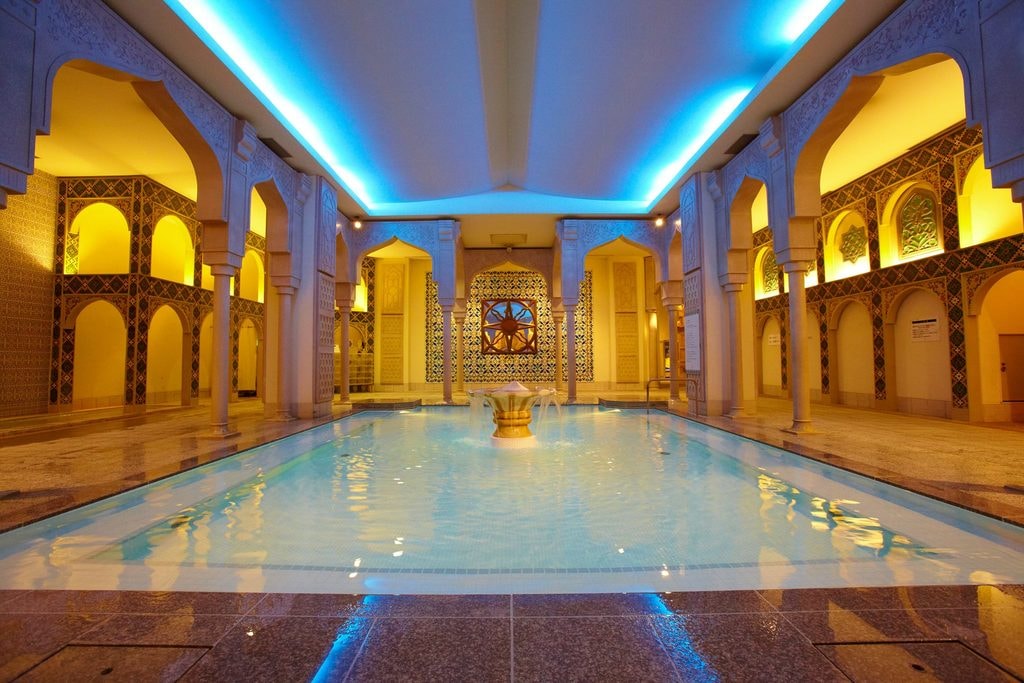