The Best Things to Do in the Horie District 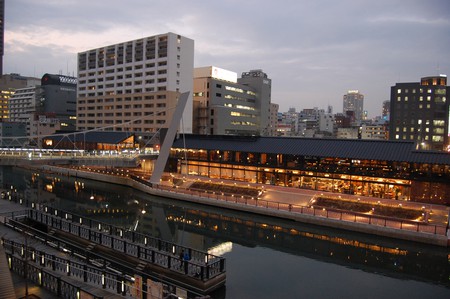 Osaka’s Horie district is characterized by its independent boutiques, fashionable residents, and tiny alleyways filled with some of the city’s coolest cafés and most authentic international cuisine. Read more in our guide to finding the best eats, drinks, and haunts in the neighborhood. 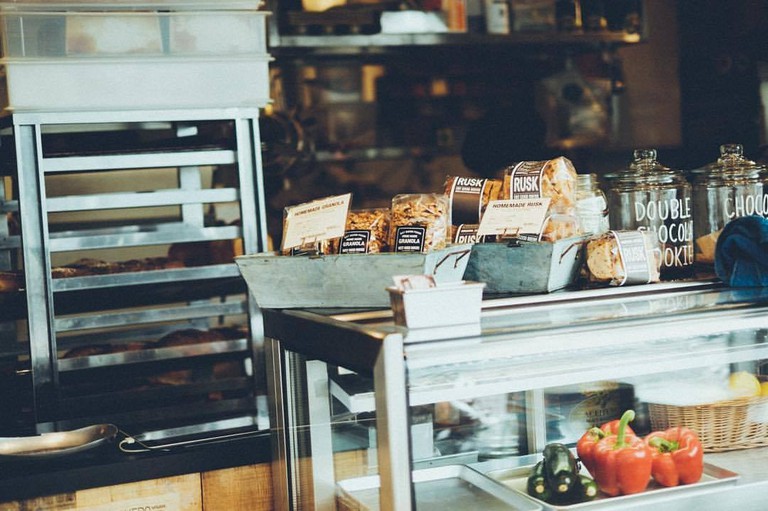 West Wood Bakers serves a variety of breakfast and brunch dishes | © West Wood Bakers
Westwood Bakers was a much-needed addition to the Osaka restaurant scene. It’s one of the only places that actually opens early enough for breakfast, so come for the bacon and egg pancakes first thing in the morning before exploring the rest of Horie. They also sell maple bacon cheese scones, crusty country bread loaves, and tasty sandwiches (including burgers) for lunch. Don’t forget to try their homemade ginger ale. This place is popular, so go early because their baked goods sell out fast.

Orange Street, or Tachibana in Japanese, is the main drag in Horie. The area was once a thriving furniture district, and remnants of this history remain in the local furnishing stores and large designer showrooms. Today, Orange Street is the place to find trendy Japanese fashions and home goods. There is also no shortage of cafés and restaurants with a new one popping up every week. There are very few chain shops on Orange Street, so shopping here supports local businesses.

Cafe, Restaurant, Japanese, Italian, $$$
Facebook
Email
Twitter
Pinterest
Copy link
Share
Biotop has only been open a few years, but the shop/restaurant hybrid has already made a big impression on trendy locals. The shop sells a handful of beautifully curated clothing and natural body care items from international high-end brands. Also on the first floor is a café and corner store that sells pizza by the slice, local craft beer, and french fries with your choice of toppings. Oh, and there’s a lush plant nursery too. At night, head up to their rooftop restaurant and take advantage of the tranquil, magical ambiance. 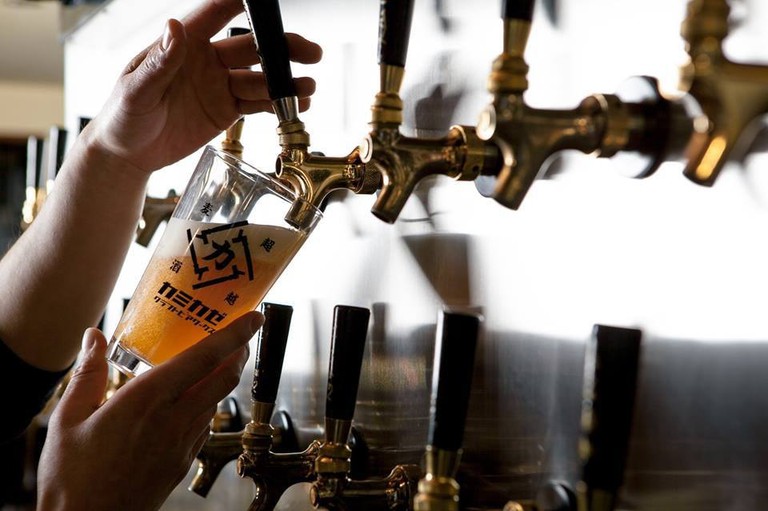 Kamikaze has 23 rotating taps of draft craft beers | © Kamikaze Craft Beer Works
Compared to much of the rest of the world, Japan was slow to embrace craft beer but it has since hopped on board. Craft Beer Works Kamikaze was one of the first bars to bring craft beer to Osaka. This cozy place has 23 beers on tap, including Osaka’s own highly praised Minoh Beer. Their stock rotates every day and there’s gourmet snack food on the menu as well, so be sure to come back often for a taste of the country’s newest brews.

Get your cycling and coffee fix at Giracha 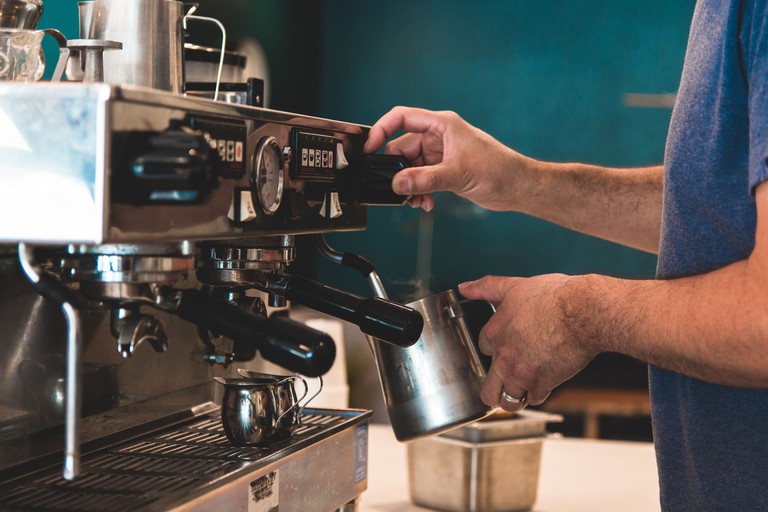 Giracha is especially known for its espresso | © Hosea Georgeson / Unsplash

This small shop was made for your inner hipster. Simultaneously a coffee shop — and a damn good one at that — and a bicycle parts and repair shop, this is a great place to relax, recharge and browse to your heart’s content. From bicycle accessories to ergonomic backpacks to customizable bike frames and wheels, this shop has something for both bicycle aficionados and casual cyclists to enjoy.

Enjoy the view at a riverside restaurant 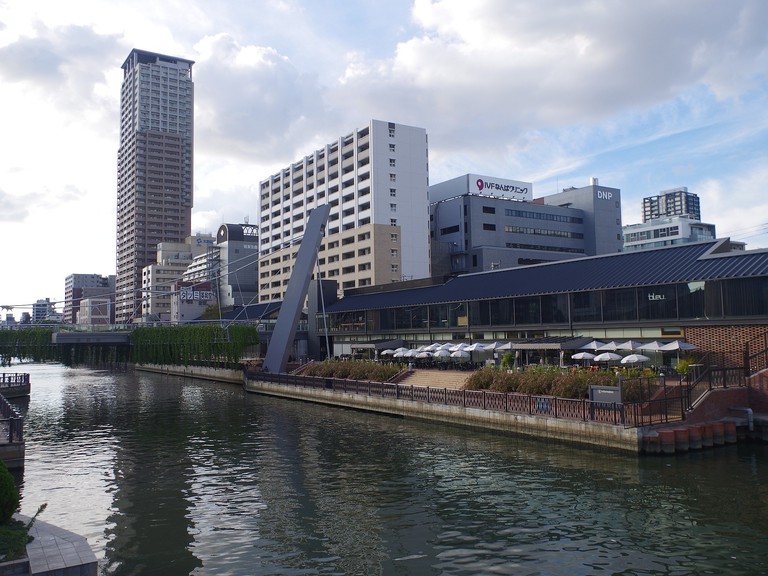 Horie is located just west of popular tourist spots in Namba. So, while it’s also perched alongside the famous Dotonbori Canal, the riverwalk in Horie is quieter and exudes a much classier charm than the bright neon lights of downtown. A great way to enjoy this river view, besides a simple stroll, is to dine at one of the great restaurants overlooking the water. One such place is BLEU, a Chinese restaurant that doubles as a stylish bar and event space. The large windows offer a glorious view of the river and the lovely Ukiniwa suspension bridge. 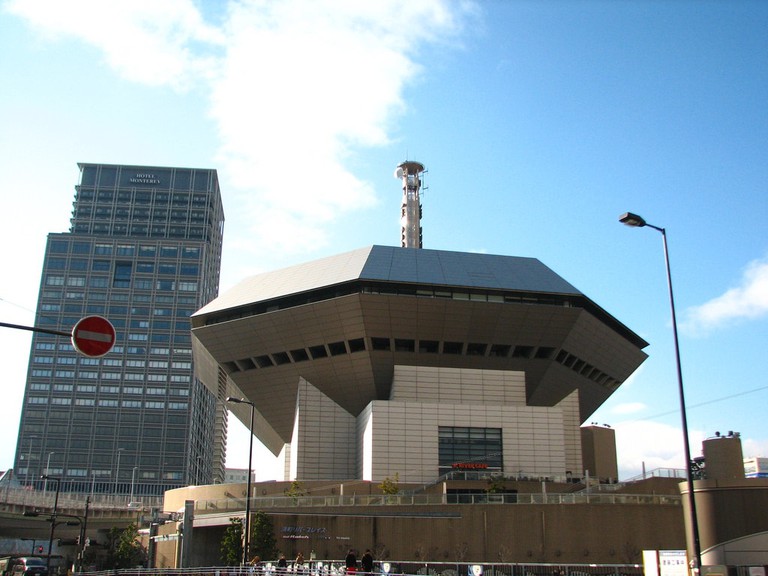 The striking Namba Hatch building is a popular meeting place for locals | © POHAN CHEN / Flickr
One of the best activities in Horie is people watching. Fashion magazines scout here for street style pics. An impromptu fashion show takes place every Friday evening on the Dotonbori River area in front of Namba Hatch where young fashion students stop by to practice walking the catwalk for their school projects. This is a perfect place to grab a convenience store beer (or a bottled Minoh Beer from Biotop!) and sit on the stairs to watch them strut their stuff. This part of the river is beautiful at night as the lights come on making it the perfect place to unwind after a day in Osaka.