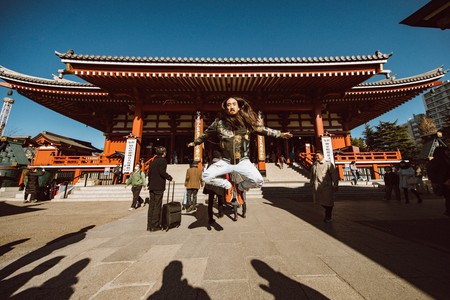 “Japan is my favourite – honestly – my favourite place in the entire world,” legendary DJ and EDM icon Steve Aoki said in an interview with Culture Trip, and coming from the man holding the Guinness World Record for ‘most travelled musician in one year’, that’s got to mean something.

Speaking over the phone during a stop on his Kolony tour in upstate New York – a world away from Japan’s bustling capital city – Aoki, a California native with Japanese roots, filled Culture Trip in on his passion for Tokyo’s food and fashion, as well as the art of Japanese craftsmanship. He also shared a video series he collaborated on with All Nippon Airways (ANA), highlighting his favourite places in the Land of the Rising Sun.

“I regularly travel around the world, and Tokyo always takes the number one spot every year, hands down. It’s all around the best experience because you get every aspect of what you would do when you go to the city,” Aoki explained. “You have the best foods; you have the best fashions. The music scene is so insane there, the nightlife is crazy, and the shows are awesome.” 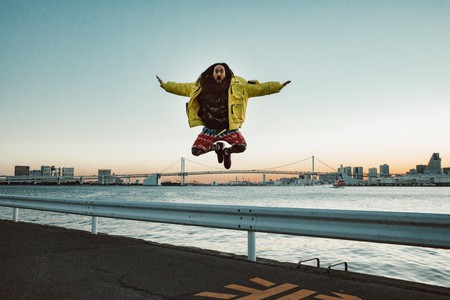 For fashion lovers like Aoki, Harajuku, the eclectic home of Tokyo’s vibrant street style, is the obvious first stop. “Skip the big malls, skip the big designer places, and trek down the little alleys,” he advised. “My favourite is finding designers that just have a little shop, selling like six jackets and each jacket or sweater or pants have been made specific to that shop. You go there, and you discover. You find something you like that’s unique to you, and you leave feeling really special.”

Exhausted after a morning of exploring Harajuku, Aoki commented that food in Japan is, literally and metaphorically, on the table. While it’s true you can get a McDonald’s sandwich stuffed with shrimp and covered in teriyaki, Aoki, who grew up in a culinary family (his dad founded the famed hibachi chain Benihana) is more concerned with the legendary, hyper-focussed food stalls serving classic Japanese staples.

“The thing about the food – and this is part of Japanese cultural tradition – is that there is a high sense of craftsmanship from the day you’re born to the day you die,” Aoki said. “That’s why when I go to a lot of places in Japan, they are specialised in a very specific kind of eating. If you want chicken skewers, you go to a chicken skewers spot and it’s every part of the chicken that is skewered. They don’t serve pork. They don’t serve beef, they just serve chicken skewers. I ate every part of the chicken, parts I’ve never had in my whole life.” 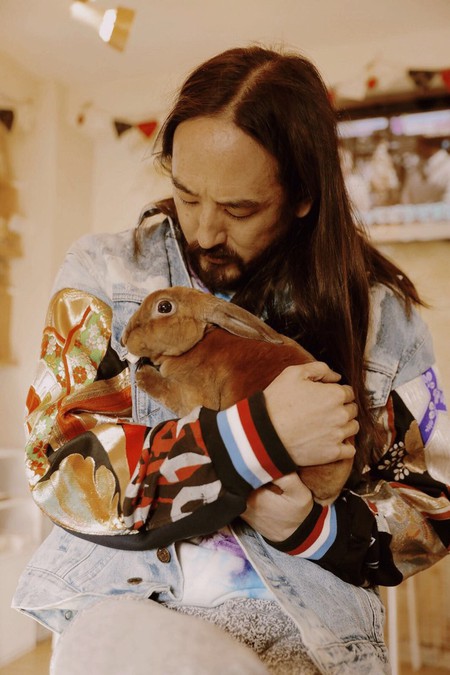 It’s that level of dedication to craft and the art of cooking that brought Japan’s fastidious culinary obsession to the masses, just watch Netflix’s acclaimed documentary Jiro Dreams of Sushi. “You just give a shout-out to Jiro… who also harnesses his Japanese tradition of craftsmanship on sushi. You go there and you’re just wowed by how amazing the fish tastes.”

Nightlife in Tokyo is unlike nightlife anywhere else in the world, and for a DJ who plays gigs nearly every night of the year, a non-performance evening had better be special. For Aoki, that special place is Golden Gai, a hodge-podge of narrow streets packed with tiny bars that feel like home. “Each bar fits four-to-six people, and they all have their own little thing – their own little shtick. You go there, you have a drink, and you get into that culture.”

In a city as huge as Tokyo, it can be difficult to find one single starting point, so when pressed, Aoki pointed out The Trump Room – not associated with the Donald – that’s full of “vintage, crazy-looking couches” and swanky decor. While this might be a place to find the coolest of the cool in Tokyo, for Aoki, it’s still about keeping it simple. “Just show me a little cool spot playing a different kind of music… and it’s perfect.”

Having a reputation for being brazen, over the top, and sometimes straight up bizarre, Tokyo can’t be fully experienced without a stop at one of its infamous themed cafés. From sipping a cappuccino with snow owls to cheering for giant robot dinosaurs battling to the death at Shinjuku’s Robot Restaurant, Tokyo has plenty of options. Working with ANA on his in-flight videos, Aoki experienced a number of them. 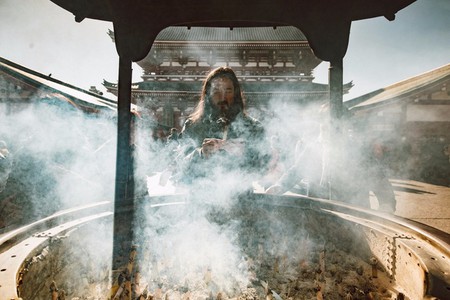 “At the Monster Kawaii Cafe, which means cute monsters, you go in there, and you literally step into an Alice in Wonderland–themed café, where it’s nothing like you have ever seen. It looks straight out of Disneyland, but on acid.” The café, located in and inspired by Harajuku, has four distinct themed rooms, though the ‘Mushroom Disco’ left the biggest impression. “All of the waitresses look like fairies and the tables look like mushrooms with trippy colors. It’s one of my favorite places.” Perhaps the only thing missing was the White Rabbit, but in Japan, that’s an easy fix. “We went to a bunny café where you sit with bunnies and drink tea. They’re so cute. You just don’t do that anywhere else in the world.”

Japan is ever-changing, but somehow still distinctly and passionately connected to its roots. A place where ancient traditions have been preserved and thoroughly perfected, yet they exist in harmony with the world’s most advanced technologies, emerging fashions, and music trends. “It’s about embracing the future… and embracing your past,” said Aoki. “You can’t go forward in the future without really holding down your roots. That’s the thing about Japan, when you go there, you see what sustains their identity, their ownership of where they came from and they aim to preserve that authenticity. But they embrace the future… and they’re geared for technology.”

For Aoki, a cutting-edge fashion designer, celebrated musician, and philanthropist, Japan’s juxtaposition is embedded in his spirit. “You need to be in both worlds, and that’s how I live my life. I embrace my past, I embrace my roots, who I am as a Japanese American, as someone rooted in music, and bring that out into all of my creativity… I love the culture. It’s my culture, and it’s who I am.”