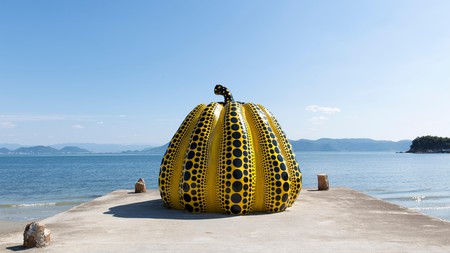 You might be naturally drawn to the neon-lit cities, bullet trains and high-end sushi restaurants of Japan, but this is a country that’s also full of history, mystery and places of hypnotic tranquillity. Nowhere is that more evident than on its islands, which offer a peaceful retreat from the chaos of Tokyo. Here is a selection if you’re looking for an island escape.

Japan is made up of 6,852 islands; only around 400 are inhabited, yet the bulk of the country is split into just five. There’s snowy Hokkaido in the north, Honshu – where you’ll find Tokyo, Osaka and Yokohama – Shikoku, Kyushu and, a little further south, Okinawa. The rest are mostly tiny little islands, with tropical beaches, luscious forests and, as you can imagine, plenty of temples and shrines. Whether you want to explore all of Japan’s hidden secrets, or just fancy a day trip from Tokyo, these amazing islands are a good place to start. 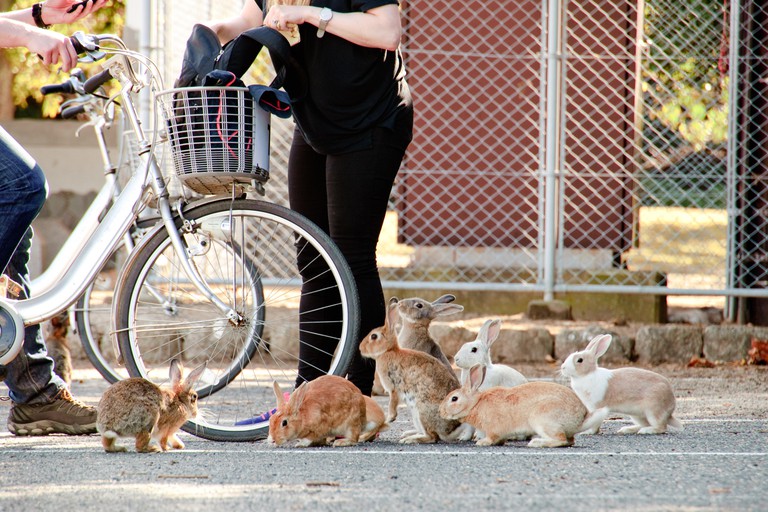 © grassflowerhead / Alamy
Who doesn’t want to spend a day on Rabbit Island? There are over a thousand of the furry little friends roaming Okunoshima. They’re wild animals, so don’t pick them up, but they are extremely friendly – and always hungry. Look past the inherent cuteness and there is a darker past that to be discovered at the Poison Gas Museum, where the stuff was made during World War II. There is also a gift shop, restaurant, hot spring, campsite and hotel on the island.
Open In Google Maps
Tadanoumicho Takehara, Hiroshima, 729-2311, Japan
Give us feedback 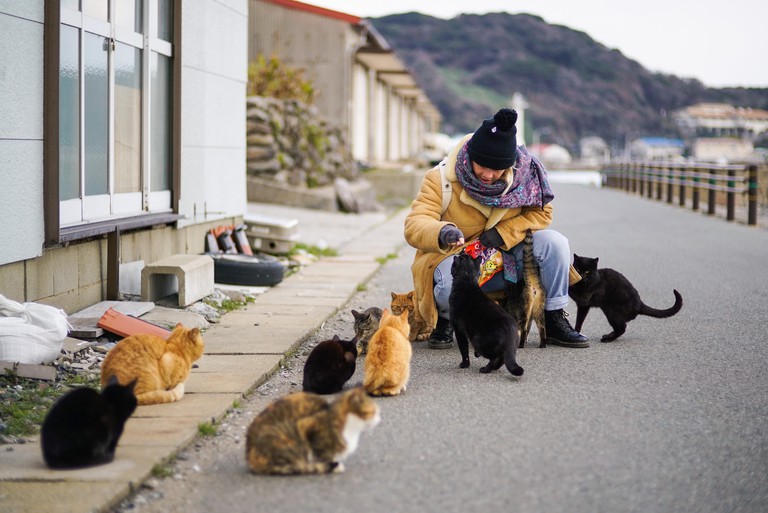 © Hugh Mitton / Alamy
More of a cat person? There’s a similar theme on Ainoshima, only swap the rabbits for hundreds of stray felines roaming the island, napping in the sun and generally loitering. This is a small island just off Fukuoka, on the western coast, and you can explore it all on a 5km (3mi) walk. You’ll find a few small shrines, a dramatic pile of 5th-century gravestonesand a number of unique rock formations along the island’s coastline.
Open In Google Maps
Ainoshima Shingu, Fukuoka, 811-0118, Japan
Give us feedback 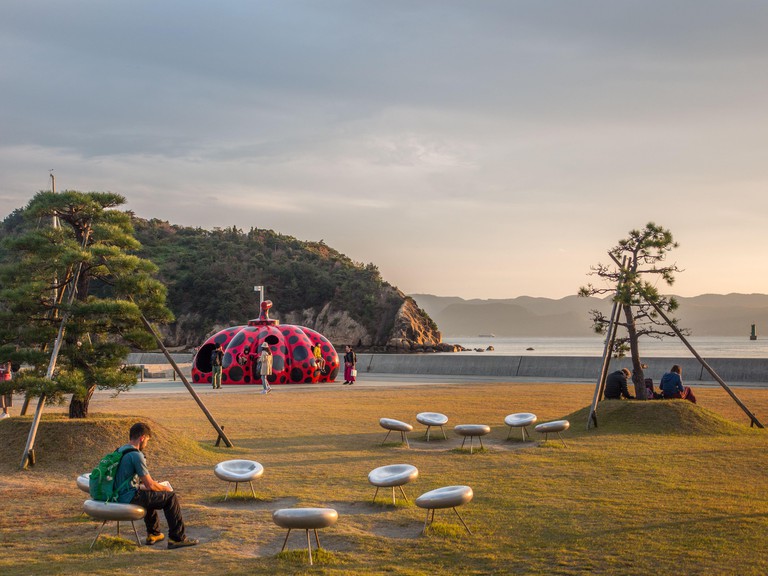 © John Steele / Alamy
The Seto Inland Sea separates Honshu and Shikoku, and is dotted with little islands, some of which are connected by the incredible Shimanami Kaido bridge. You won’t find anywhere else in this mini-archipelago quite like Naoshima, though. This is an island conquered by artists. The place is covered in modern-art museums, sculptures pop up wherever you go and modern architecture clashes beautifully with the rural surroundings. There’s even the Art House Project, which has seen a fading fishing village transformed into a hub of art installations and creative workspaces, while the Setouchi International Art Festival is held here once every three years. If you’re looking for a creative retreat, Naoshima offers a perfect blend of artistic inspiration and island serenity.
Open In Google Maps
Naoshima, Kagawa, 761-3110, Japan
Give us feedback 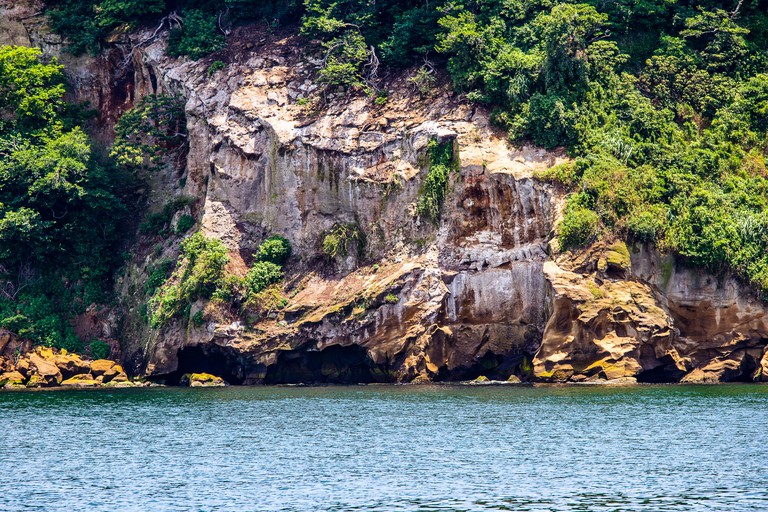 © David Hansche / Alamy
For centuries this island was a heavily fortified defensive outpost, strategically positioned to defend nearby port city Yokosuka, as well as Tokyo Bay. It has been open to the public since 1995 and, as you explore tunnels, barracks and gun batteries overgrown with fern and moss, you can watch nature slowly reclaiming the land. There’s a lovely sand beach with clear waters, perfect for swimming and sunbathing, or you can explore the outskirts of the island, where you’ll find peaceful pools of water full of thriving marine life.
Open In Google Maps
Sarushima Yokosuka, Kanagawa, 238-0019, Japan
Give us feedback 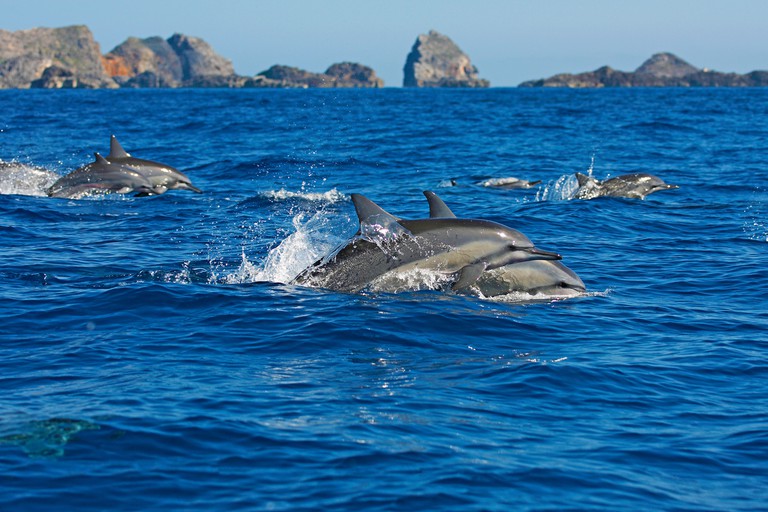 © imageBROKER / Alamy
This 30-island archipelago is technically part of Tokyo, despite sitting 1,000km (621mi) south of the capital. You’ll have to take a 24-hour ferry to get here, but the subtropical islands at the end of your journey are well worth the wait. Only two – Chichijima and Hahajima – are inhabited, so book your accommodation there. The islands are nicknamed the Galapagos of the Orient, because their remoteness has allowed the habitat to evolve uniquely, meaning the area is rife with rare wildlife. You can count on seeing dolphins, whales, sea turtles and manta rays, with crystal-clear waters and lots of great snorkelling spots; the first-ever image of a giant squid in the wild was captured here in 2004.
Open In Google Maps
Chichijima Ogasawara, Tokyo, 100-2101, Japan
Give us feedback 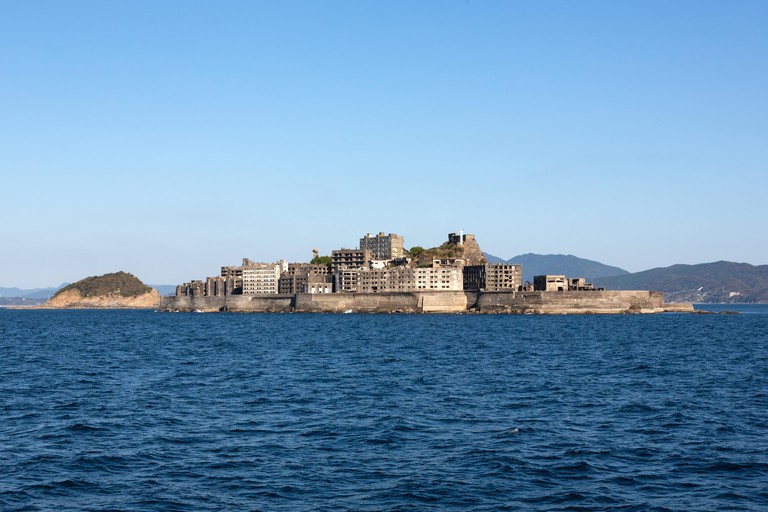 © Paul Carstairs / Alamy
From a distance, you’d be forgiven for mistaking this island for Alcatraz, but get a little closer and you’ll find an abandoned coal mining island, which in the early 20th century was one of the most densely populated places on Earth. It closed in 1974 and its inhabitants swiftly left, leaving nothing but a decaying pile of rubble in the middle of the ocean. Today, it’s a relic of the industrial age and the working-class population that once lived here, earning it Unesco World Heritage status and even attracting James Bond himself in Skyfall (2012), when the island doubled as the villainous lair of Raoul Silva, played by Javier Bardem.
Open In Google Maps
Takashimamachi Nagasaki, Nagasaki, 851-1315, Japan
Give us feedback 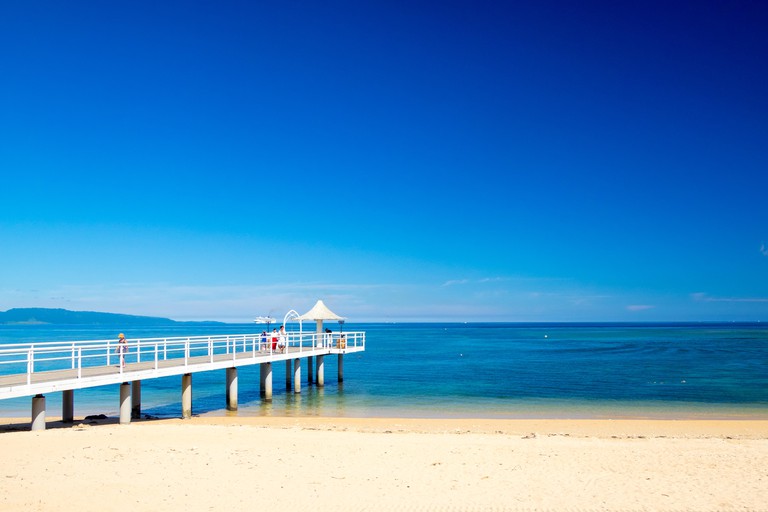 © Felix Choo / Alamy
You’re closer to Taiwan and China than you are to mainland Japan in Yaeyama, which includes the country’s most southern, most western and most remote inhabited islands. As a result there’s a distinctive culture here, with its own indigenous language and several yearly festivals. The beaches are extraordinary: long stretches of untouched white sand emerge from the jungle to meet calm, turquoise waters and vibrant coral reefs. The pick of the beaches are on Ishigaki and Iriomote, but for the most idyllic retreat of them all we recommend Taketomi, with a population of just under 350 – it’s full of charming Okinawan architecture, tropical landscapes and a laid-back approach to life.
Open In Google Maps
Taketomi Taketomi, Okinawa, 907-1101, Japan
Give us feedback 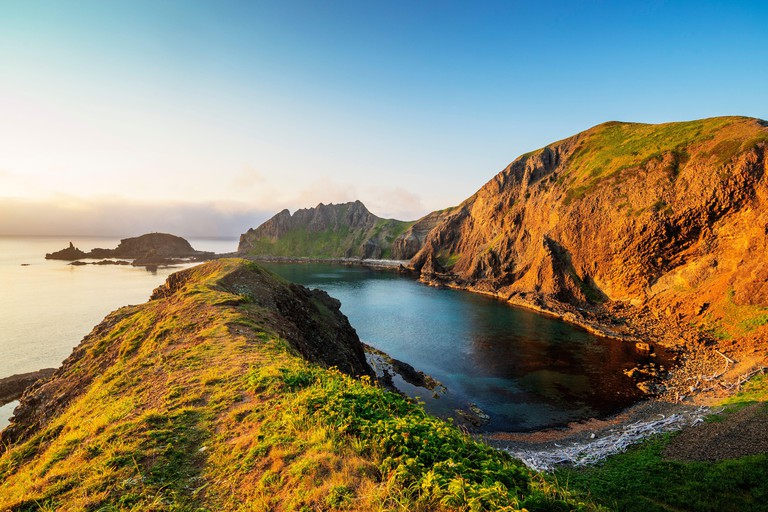 © robertharding / Alamy
Head to the northernmost point of Japan, and you’ll find a luscious green outpost called Rebun Island. The winters here are harsh – it is almost in Russia, after all – so your best bet is to come in summer, when the alpine flowers, some of which are unique to this island, are in full bloom. Make sure you pack your hiking boots, as there are plenty of scenic hiking trails, including a trek up Mount Rebun that offers incredible views of nearby Rishiri Island, formed on an extinct volcanic peak. With ryokan hotels, onsen baths and kaiseki dining experiences, this is not a bad spot to get the full Japanese experience.
Open In Google Maps
Rebun, Hokkaido, Japan
Give us feedback
Give us feedback