Romantic Spots to Propose in Kyoto 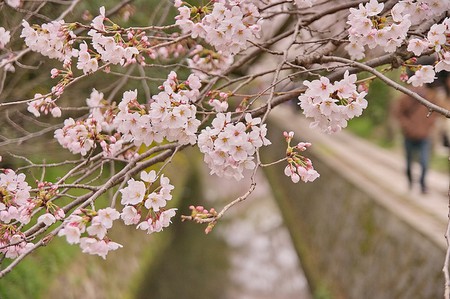 Kyoto might not be known as the city of love like Paris, but it does have its fair share of hidden romantic spots to enjoy with that special person in your life. If you are looking to pop the question, check out these places in Kyoto that are perfect for a proposal.

Stroll the Traditional Streets of Arashiyama

Take a leisurely stroll along the traditional stone paved streets of Arashiyama on the western outskirts of Kyoto City. 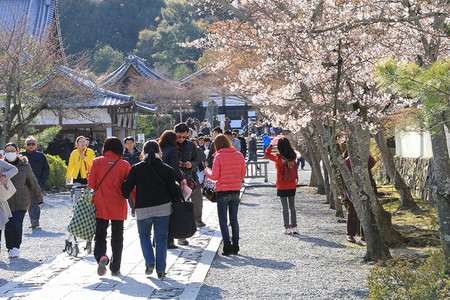 The Moon Crossing Bridge is a historic bridge that crosses the Katsura River in Arashiyama. It is famous for its scenic beauty, creating a romantic location to spend with that special someone. 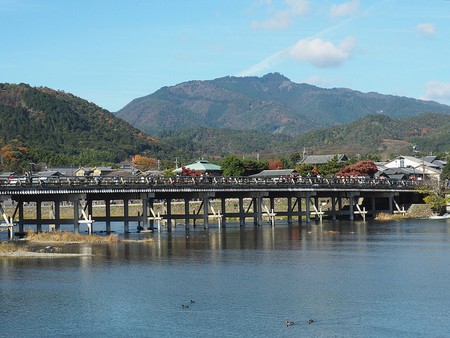 Ride on a Private Boat in Arashiyama

Rent a private boat on the Hozu River and soak up the amazing atmosphere and scenic beauty of the area. It is especially picturesque in spring with cherry blossoms or in the autumn with fall foliage. 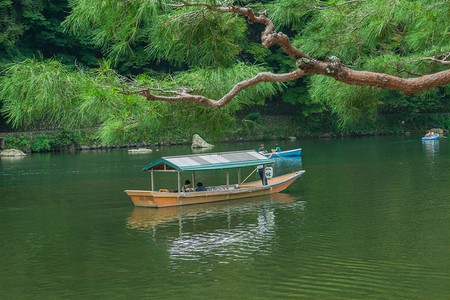 Take in the amazing seasonal views from the Sagano Romantic Railway, a sightseeing train through the beautiful Arashiyama-Sagano area of Kyoto. 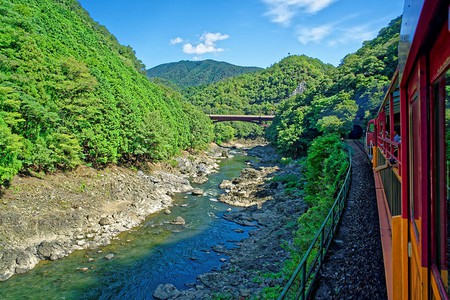 The Sagano Bamboo Forest is a magical place that is beautiful all year round. Avoid the peak times if you don’t want a crowd. 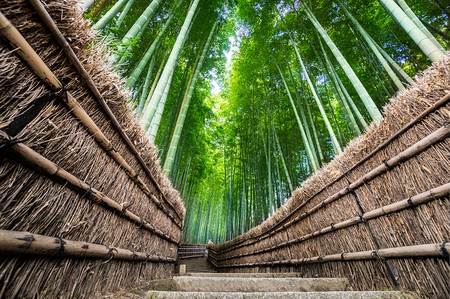 Nonomiya Shrine is a romantic Shinto shrine right in the middle of the Sagano Bamboo Forest that is home to various deities including “Nonomiya Daikokuten”, the Japanese God of matchmaking. 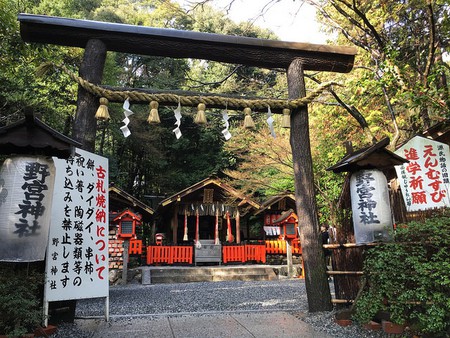 Soak up the traditional atmosphere of Gion with an evening stroll in the atmospheric Pontocho Alley, famous for its geisha and traditional wooden tea houses. 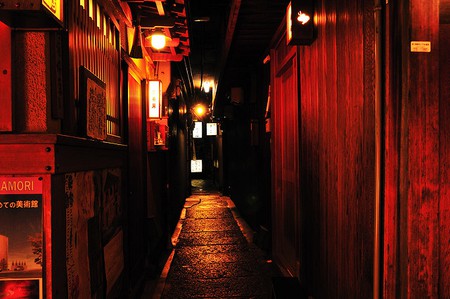 The Geisha District of Hanami-koji Street

Enjoy an evening stroll along Hanami-koji Street which is a historic geisha district of Kyoto, lined with traditional wooden houses and well preserved buildings. 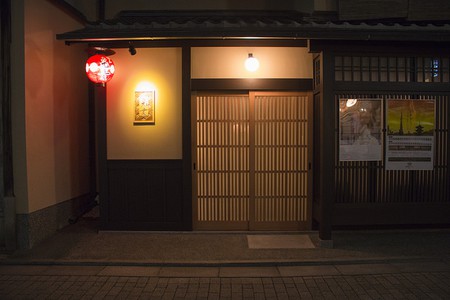 Shirakawa Street is one of the most beautiful streets in the ancient capital of Kyoto, stroll along the willow lined canal and cobblestone street. 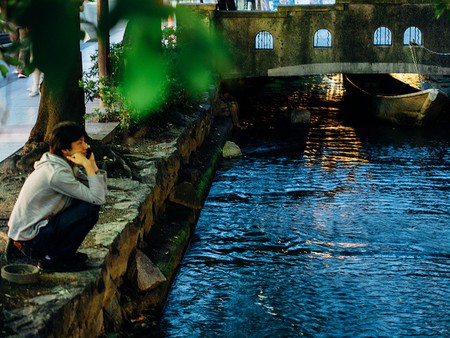 One of the most romantic and picturesque spots in Kyoto is the Gion Tatsumi Bridge with its red-lacquered pillars and stone paving’s creating a truly traditional setting. 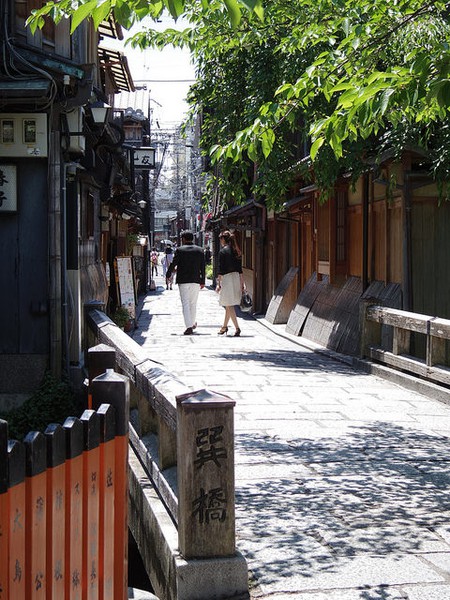 Evening Walk Along the Kamo River

The Kamo River is a popular local date spot that is very pretty and peaceful at night when the lights come on and illuminate the surrounding buildings. 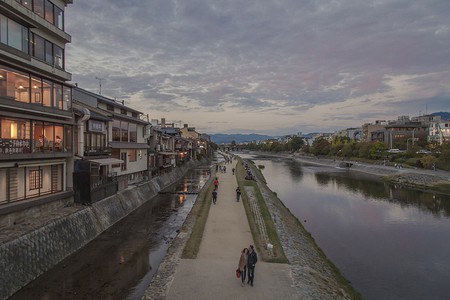 Enjoy a romantic walk on a beautiful paved path that follows a cherry tree lined canal between Ginkaku-ji (The Silver Pavilion) and Nanzen-ji Temple. 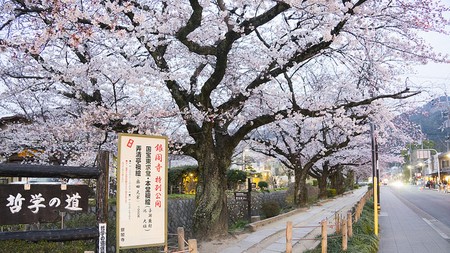 The narrow stone-paved traditional streets of Nene no Michi are a romantic area of Kyoto to explore with your loved one. 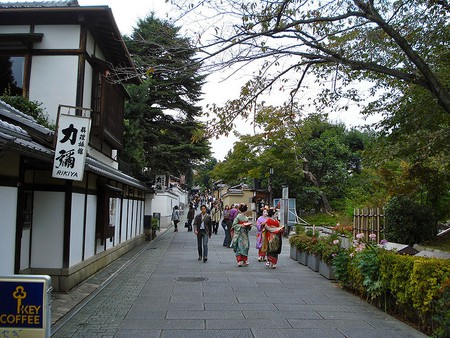 Take the ultimate test of your love at Jishu Shrine. Home to a pair of love stones, legend states that if you can walk successfully from one stone to the other with your eyes closed your love will last forever. 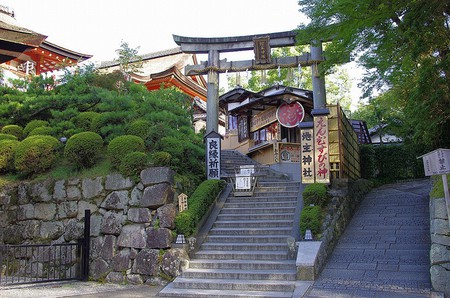