10 Things You Should Know About Rinko Kawauchi

Rinko Kawauchi first appeared on the international scene in 2001, simultaneously releasing three photography books: ‘Utatane’, ‘Hanabi’, ‘Kanako’. Since then, she has had major exhibitions in Paris, London, and Sao Paulo and in 2012, was awarded an Honorary Fellowship of The Royal Photographic Society. Kawauchi’s photographs give commonplace subjects an ethereal filtration, exposing the secrets of the banal. We reveal ten things you should know about the first lady of Japanese photography.

‘I want imagination in the photographs I take. It’s like a prologue. You wonder, “What’s going on?” You feel something is going to happen’ – Rinko Kawauchi explains that her photos are supposed to give you the feeling of looking in on a moment about to happen. This feeling of catching the tail end of a whisper or the beginning of a storm is more important to her than planned composition.

Kawauchi Perceives Life as a Series of Dualities

Seen in the opposition of light versus shadows and life versus death, Rinko believes the fleeting nature of these dualities is what ultimately determines our fragile existence. Her ‘Light and Shadow’ Project (2011) explores this theme with a poignant series of images focused on one black and one white pigeon. All proceeds from the sale of the publication went to disaster relief funds for northeast Japan. 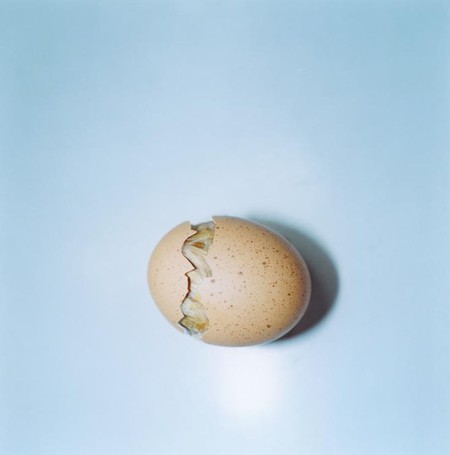 Kawauchi’s photographs have been described as ‘visual haikus’. Like haikus, they take note of a simple beauty in an uncluttered, non-metaphorical manner. It makes sense, therefore, that she composes haikus to accompany many of her photographs. How better to convey the tiny gestures of life that so influence her way of seeing than with language uncorrupted by excess?

Rinko Diary is a visual diary that includes photographs of everything from sandwiches and Patti Smith to the poignant butterfly/flower/leaf set against a concrete pavement. For the non-Japanese speaker, online translating software turns her explanatory text into lovely nonsensical tidbits, such as ‘the drinks of color beautiful delicious in his hand’.

Instead of taking multiple shots of the same image and later selecting the best, each photograph Rinko captures is a uniquely frozen moment, a reactionary gesture resulting from a deliberate action.

Kawauchi’s 2013 show, ‘Ametsuchi’, loosely translated as ‘Songs of the Universe’, has its foundations in her own personal dreams. She dreamt of a beautiful, fiery landscape and six months later, saw the same image on TV. This quickly led her to photographing a 1000 year old farming tradition, which sees the land periodically burnt in the volcanic region of Aso.

Kawauchi’s favourite camera is a medium-format

Rolleiflex – the same as Irving Penn – because it is ‘cute and classic’ and nearly silent when she pushes the shutter.

Kawauchi’s work ‘Approaching Whiteness’ (2012) is composed of nine scrolls, each with 10 different images centering on a common theme, including ‘Gold Fish’ and ‘Diamond Dust’. This is an exploration not only of the Japanese picture book tradition, but also a statement of her belief that life is composed not of fragmentary events, but of one continuous moment.

Kawauchi’s Rate of Publication is Prolific

There is More to Come From this Artist

Kawauchi is showing no sign of letting up, currently exhibiting everywhere from the Lesley University College of art and Design to the Biwako Biennale. With each successive publication, her works are increasingly touching and thought provoking, making her artistic future very exciting for both the artist and the art lover.