Mashing Up London, Tokyo and New York To Create the Perfect Pokémon City 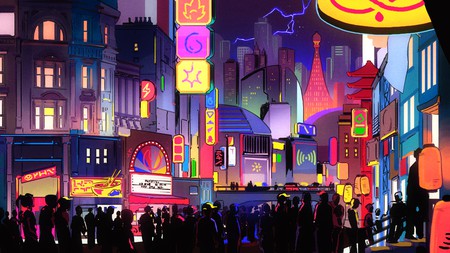 Pokémon Detective Pikachu, the first live-action film set in the world of Pokémon, is the latest example of the cultural phenomenon from Japan that has captured the imagination of the world. We take a closer look at what lies behind the success of the franchise and how three world-class cities inspired the home of Pikachu and friends. 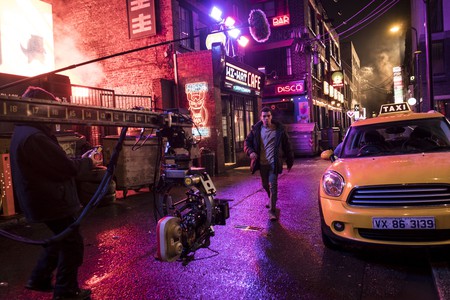 A brief history of the Pokémon phenomenon

What began life in 1990 as a pair of games by Japanese creator Satoshi Tajiri on the Nintendo Game Boy has now become a multibillion-dollar franchise. The original inspiration behind Pokémon (the name is derived from the words ‘pocket monsters’) came from the traditional anime and manga movies popular in Japan, with particular references to Godzilla and Ultraman. Players are tasked with collecting a number of monsters, training them and then embarking on battles against other players. Nintendo is still involved in the franchise, releasing the mobile game Pokémon Go in 2016 and the Detective Pikachu game in the same year.

The games were a huge success and led to an animated series, which in turn has led to further adaptations on screen and several spin-off comics. Tajiri also served as an executive producer on Warner Bros’ live-action adaptation Pokémon Detective Pikachu, which stars Ryan Reynolds, Justice Smith and Kathryn Newton and puts the world’s most famous Pokémon character front and centre.

Culture Trip caught up with Ryan Reynolds to chat about the longevity of Pokémon and Pikachu and find out more about the city of Tokyo.

Where is ‘Pokémon Detective Pikachu’ set?

The fictional Ryme City is home to the characters of Pokémon Detective Pikachu. Conceived as a mash-up of London, New York and Tokyo, Ryme City serves as the perfect backdrop for the movie. Most of the filming took place in London around the Square Mile, the capital’s financial district. 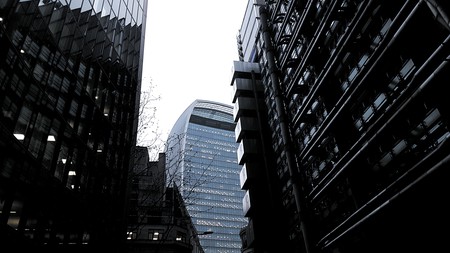 Ryme City has to look like a place where humans and Pokémon can coexist. Production designer Nigel Phelps says the brief was to create a “modern metropolis, with the familiar and unknown”. Digital effects were used to extend the London skyline and mask the real location.

Truman Brewery in East London is featured in one scene, and the climax takes place at 122 Leadenhall, a building informally known as The Cheesegrater. A number of other locations in Bishopsgate and Broadgate Plaza can be seen in the movie, as well as Richard Rogers’s Lloyd’s London building. 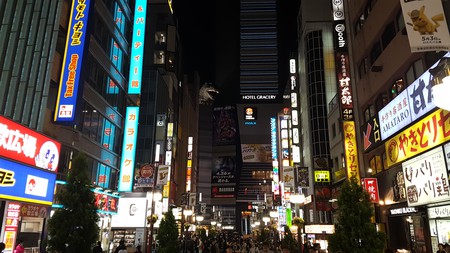 Justice Smith and Kathryn Newton told Culture Trip how Ryme City was created and shared some of their favourite things to do in London and Tokyo.

Why is Pokémon such a success?

Pokémon and its associated properties continue to thrive decades after launching. Their initial success could be put down to the popularity of portable Game Boy consoles at the time, as well as to the addictive nature of the collectable games. The ease with which Pokémon transferred to other media, thanks in no small part to the talismanic Pikachu character, also added to the popularity of the franchise.

What makes Pokémon so uniquely popular in Japan is the way the show is constructed. Lead human character Ash Ketchum (also known as Satoshi) is error-prone and fallible. In keeping with Japan’s kawaii (‘cute’) culture, he chooses cuter monsters over the more powerful ones and repeatedly starts his collections from scratch.

The augmented reality (AR) mobile game Pokémon Go launched in 2016, taking the original game mechanics and using modern phone technology to huge acclaim. The game has amassed over a billion downloads and been credited with advancing location-based AR to previously unimaginable levels.

Detective Pikachu, a narrative-based adventure mystery game, also launched in 2016. This format was also successful and has been used as the basis of the upcoming film.

Pokémon Detective Pikachu is the first live-action Pokémon movie, but there have already been a number of animated films from the franchise. Below, you can find the 22 Pokémon films in order of release and with their English-language titles.

Pokémon Ranger and the Temple of the Sea (2007)

Genesect and the Legend Awakened (2013)

Diancie and the Cocoon of Destruction (2014)

Volcanion and the Mechanical Marvel (2016)

The latest film in the Pokémon series, Pokémon Detective Pikachu, is on general release now.