Kanteibyo and Masobyo: The Chinese Temples That Have Shaped the Culture of Yokohama 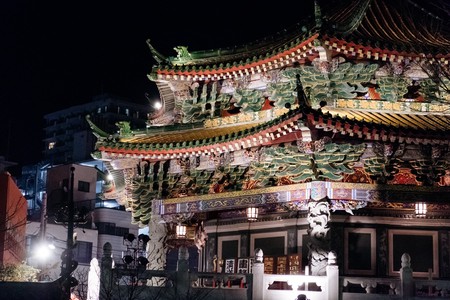 Yokohama’s Chinatown is just ten minutes from central Yokohama and 30 minutes from Shibuya by train, yet its richly historic Chinese legacy feels worlds away from the neon-soaked mega cities. There are so many small individual elements that have shaped the culture of Yokohama’s Chinatown over the decades, but arguably none as influential as the neighbourhood’s two main spiritual sites, Kanteibyo and Masobyo Temples. Here’s everything you need to know about these fascinating centrepieces of Chinatown. 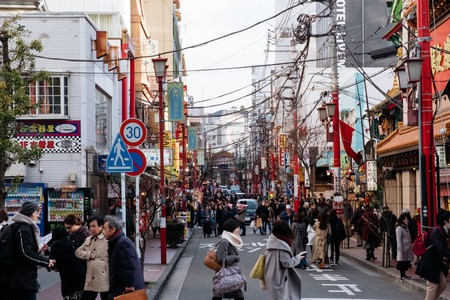 Also known as Guan Gong Temple or Emperor Guan’s Temple, Kanteibyo Temple is arguably the spiritual centre of Yokohama’s Chinatown, and during Chinese New Year is one of the most populated places in the entire city. Located in the centre of Chinatown, the temple is a bright red structure decorated in lavish Chinese detail. It’s known as the home to the god of good business and prosperity, making it a must-visit spot for locals on the hunt for good luck. 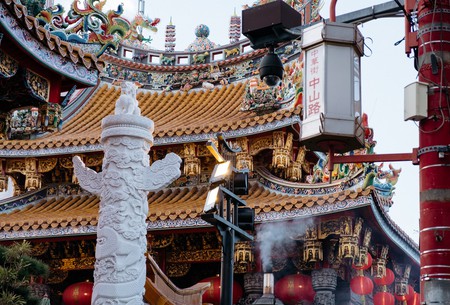 Sitting just a two-minute walk down the lantern-populated road of Chinatown is Masobyo Temple, also known as Yokohama Ma Zhu Miao. A Taoist temple, Masobyo is relatively new, having opened in 2006. Home to an enshrinement of the goddess Mazu, it’s said Masobyo is where you should go if you’re looking for good luck during your travels, as well as general health and happiness.

A brief history and the temples’ gods

Founded in 1862, legend says Kanteibyo, was born from the efforts of a local Chinese migrant who moved to Japan and brought with him a sculpture of Guan Yu, a general who served under the warlord Liu Bei during the late Eastern Han dynasty. One of China’s best-known historical figures, the story of Guan Yu was immortalised in the semi-biographical 14th-century historical novel Romance of the Three Kingdoms. His loyalty, righteousness and business acumen is the reason he’s still worshipped throughout China, Taiwan and Hong Kong today.

Constructed in the 1870s, the temple has suffered some serious blows throughout the years, especially during the Great Kanto Earthquake of 1923 and World War II. However, each time it’s been knocked down, the community in Chinatown have banded together to restore it to its former glory. 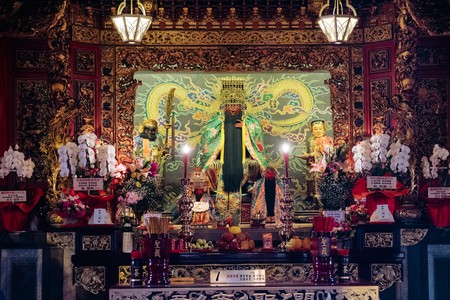 Though its history is a lot shorter than its neighbour’s, the story of Masobyo Temple is no less interesting. The temple’s main goddess, Mazu, is believed to have lived sometime during 960 to 987. A supposed shamaness, it’s said she could foretell a man’s good and bad luck. During the 13th century, her legend came into a more mainstream consciousness.

There have been stories about the girl, also referred to as Lin Mo and Lin Moniang, saving men from drowning by the use of her almost telepathic spiritual powers. Another legend of Mazu retells the tale of two Chinese demons who fell in love with her, she agreed to marry the one that could defeat her in martial arts combat, but during the fight she defeated them both, subdued their evil motives, befriended them and made them both her guardian generals. You’ll find statues of these two demons standing tall inside the temple keeping watch over Mazu today. 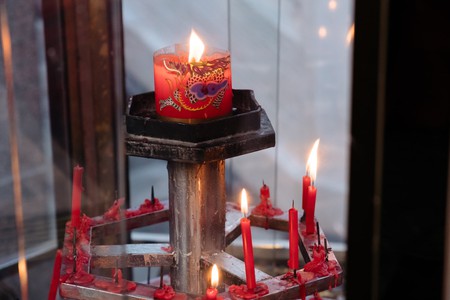 One of the main sites of celebration during Chinese New Year, Kanteibyo Temple is arguably one of the most important sacred sites for Chinese expats living in Japan today, working as not only a spiritual centre but also a busy community hub and tourist site. As you scale the stairs to the temple entrance, keep an eye out for the guardian dogs that look out over the temple – these statues were carved from Taiwanese stone. Once inside you’ll be greeted by a statue of Guan Yu; it’s here you can pray for good success in your business endeavours. 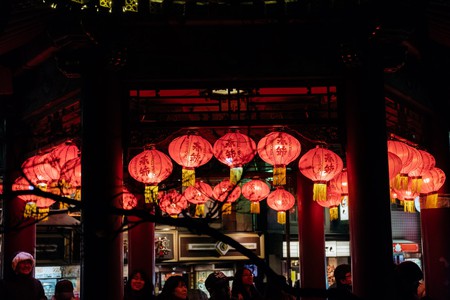 If you’ve mastered the art of Shinto worship at many of Japan’s Shinto shrines, and are interested in learning more about the Chinese way of doing things, then Masobyo Temple is your place. Here, the friendly staff can teach you how to worship the Chinese way. Entry into the temple is free, but if you want to get a closer look at the statue of Mazu, you’ll have to buy some incense sticks costing a few hundred yen in total. Put the sticks in the burners and be sure to bow at each of the burners. 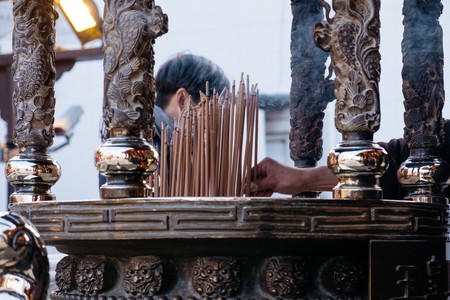 Where to find them

The best way to get to these temples, is to head straight to Yokohama Chinatown. From Yokohama Station, it’s a straightforward eight-minute trip on the Minatomirai metro line. Get off at Motomachi-Chūkagai Station and enter via the grand gate. From Tokyo, catch the Tokyu Toyoko metro line from Shibuya Station; this line later turns into the Minatomirai line and takes about 30 minutes from station to station.

Rather than making a beeline straight to the sites, take some time to wander through this scenic and culturally diverse pocket of Yokohama to really appreciate the sights, smells and sounds of this, the biggest Chinatown in Asia. 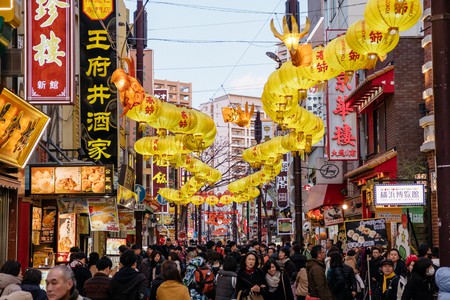