With a trademark style that blends stone and bronze with their surrounding natural settings, Japanese sculptor Kan Yasuda has garnered much critical acclaim. Now based in Pietrasanta, Italy, Yasuda continues to hone his artistic skill whilst his sculptures travel the world. In anticipation of his forthcoming exhibition at the Eykyn Maclean gallery in New York, we turn our attention to Kan Yasuda, a master manipulator of marble and bronze, form and the sublime. 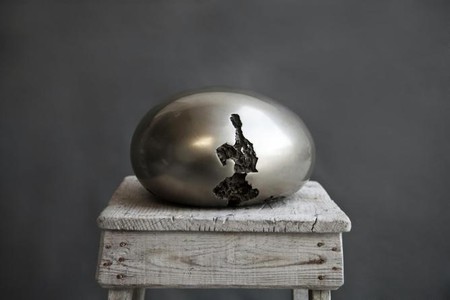 Born on the north Japanese island of Hokkaido at the close of the Second World War, Yasuda was perhaps destined for a career of promise and innovation at a time when the world, and its relation to nature and the material, had been shaken. He secured a master’s degree in sculpture from the prestigious Tokyo National University of Fine Arts and Music in 1969, but the East could not contain him for long. In 1970, he relocated to Carrara in Italy, in pursuit of its famous stone quarries, and studied with the renowned Professor Pericle Fazzini at the Academy of Fine Arts in Rome, before setting up his studio at Pietrasanta in northern Italy – a place revered by sculptors due to its historical association with Michelangelo, who was the first sculptor to recognize the beauty of the local stone. Yasuda continues to live and work with marble and bronze sculptures in this small municipal.

In an awe-inspiring career spanning over four decades, Kan’s popularity has grown to international recognition. Such an interest is perhaps due to the ability of Kan’s sculptures – which range from palm-sized pieces to monumental public art commissions – to transcend restraints of time, space and setting, and to blur scenery and nature with seeming effortlessness. Notable moments in his career include: a solo exhibition featuring 18 of Kan’s large-scale works at the Yorkshire Sculpture Park in 1994; a commission by Renzo Piano, who designed the London Shard, to install a sculpture in front of Piano’s Aurora Place in Sydney in 2000; and a 17-acre sculpture park dedicated to the artist in his home nation, Japan. He has been chosen twice to design the sets for the staging of Madame Butterfly at the Puccini Festival, the annual summer opera festival held in Torre del Lago, Italy. In 2000, three of his sculptures were permanently installed in the prestigious Boboli Gardens in Florence, an exceptional move since they were the first abstract sculptures to join this 500 year-old collection. 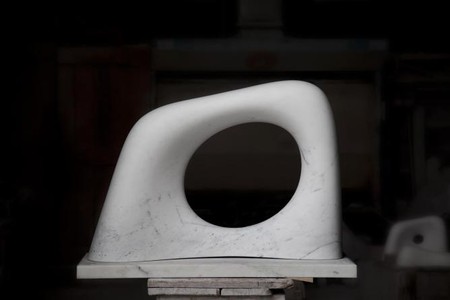 The diverse structures in Kan’s collection are united by what can only be described as a meditative tranquility. The fact that some of his works have been exhibited alongside classical monuments in several of Italy’s historic cultural sites, including the ancient Imperial Roman Forum, demonstrates that these sculptures defy temporal limitations and reach back to something classical. Working in both marble and bronze, Yasuda carves and casts every work himself, thereby investing something ] human in the stone and evoking the history rooted in Pietrasanta, which holds that sculptors tie themselves to their landscape. Lineless, boundless, Yasuda’s sculptures appeal to the relationship between humans and nature and achieve a sublimity that defies most artists.

What is crucial to Kan’s work is that his sculptures are site-related rather than site-specific, and thus have an ability to connect to many locations, fitting in equally well in the middle of Milan as in the Yorkshire Sculpture Park. Indeed, at the outdoor solo exhibition in Milan in 1991, it was said by many art critics that his marble sculptures blended into the city much more than the sculptures of Pomodoro did. The exact same sculptures of marble were then presented at the exhibition in Yorkshire Park in 1995. It is indeed mysterious that the works of Yasuda blend into the setting, as if they had stood there for a long time. Landscape becomes art, art becomes landscape, and observers are forced to meditate on issues of life and nature in a fusion of new and old. 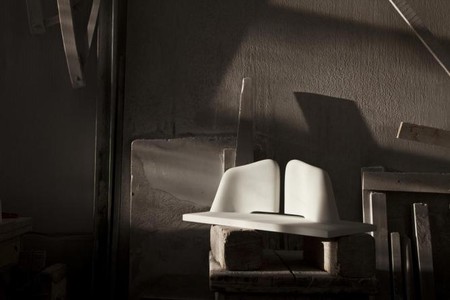 While Kan denies any religious influences on his sculptures, emphatically dismissing any references to Shinto, they are undeniably spiritual. Though not overly philosophical, his clean lines and smooth marble provide a kind of blank canvas upon which observers can project their own thoughts and meditations. The interaction and fusion of various elements can be seen in the workmanship and texture of the pieces.

Michelangelo famously stated that ‘every block of stone has a statue inside it and it is the task of the sculptor to discover it’, and Yasuda takes care and patience when approaching his sculptures. Rational and practical, he has, according to the Director of the Yorkshire Sculpture Park, Peter Murray, tremendous respect for stone, which keeps within itself a truth to be uncovered. Murray, in a talk at the Fitzwilliam Museum, Cambridge, pointed out that Kan’s sculptures display pockmarked textures which create a tactile quality and reflect light, adding another dimension to the work and help tie them into their setting and with nature. This texture not only attracts hands, the pockmarks also act as safe resting places for insects, drawing in butterflies and ladybirds to nestle in the honeycombed surface. It is clear that Yasuda’s works are designed to integrate varying forces in one space; they blur and distort nature and human, providing a sublime energy unlike any other sculpture. As well as requiring the interplay of sun, rain and snow to achieve the full effect, Kan’s sculptures are made to engage with people and will not work otherwise: they need to be touched, entered, and walked around. They need to be lived through. They need to be mediated upon. 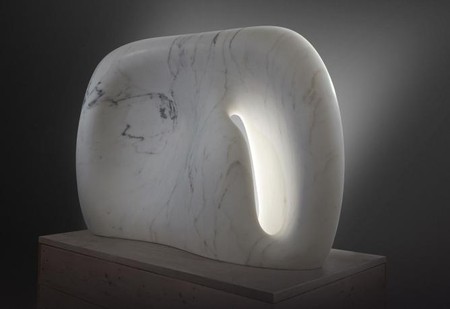 Kan Yasuda’s solo exhibition at the Eykyn Maclean in New York is open to the public from 6 May – 27 June 2014 and will feature over twenty iconic works by the artist, many of which are new and as with all his works, are realised alone.