Japanese Sumo Wrestling: Everything You Need To Know

Sumo wrestling is Japan’s national sport. Tokyo hosts three tournaments each year, involving hundreds of wrestlers from Japan and abroad, across six divisions. Fast paced, colorful and full of ritual, these tournaments are a fascinating glimpse into traditional Japanese culture and a fun part of any Tokyo itinerary. 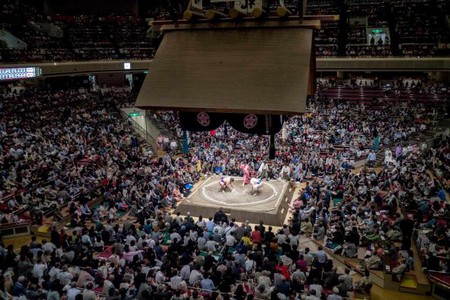 With its origin in the Shinto religion, sumo wrestling is estimated to have begun in the third century. The first professional matches were used as a way to raise money for new temples and shrines in the 1600s. Many of the rituals and traditions from that time still remain in the tournaments today, from the salt that’s thrown into the ring, symbolizing purification, to the ‘strength water’ the wrestlers drink right before the match. Even the advertisements are paraded around the ring on fabric banners rather than big screens.

There are six sumo tournaments a year in Japan, three in Tokyo (January, May and September) and one each in Osaka (March), Nagoya (July) and Fukuoka (November). Tickets go on sale three weeks before the start of the tournament and often sell out. They can be bought at the stadium in advance or from the Japan Sumo Wrestling’s official website. Alternatively, a limited number of balcony tickets are sold on the day of the tournament.

The Ryōgoku Kokugikan in Tokyo is centrally located (take the JR Sōbu Line to Ryōgoku station). As well as the arena, with seating for 13,000 spectators, it also houses a small museum with portraits of grand champions through the ages, as well as stalls offering food, drinks and souvenirs.

The stadium is split into three sections, the ringside and box seats have traditional Japanese seating (cushions on the floor), and the balcony seats farther back have chairs. The ringside seats really are ringside — during particularly heated matches wrestlers can fall out of the ring and on to the spectators. 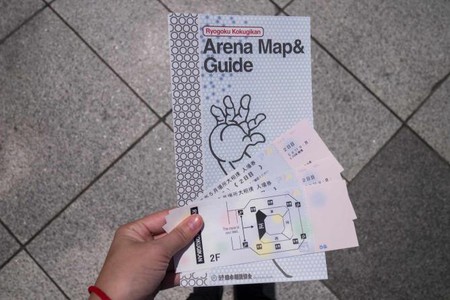 During the pre-match rituals, the wrestlers attempt to intimidate their opponents and play up to the crowd. The matches themselves are just a few seconds of circling, locking bodies and twisting; they’re intense and fast paced. The wrestler who steps out of the ring first or touches the ground with anything other than his feet loses.

There are no weight classes in sumo, so weight gain is an important part of training. There’s often a big difference in weight between the opponents, but it’s not always the biggest wrestler who’ll win. 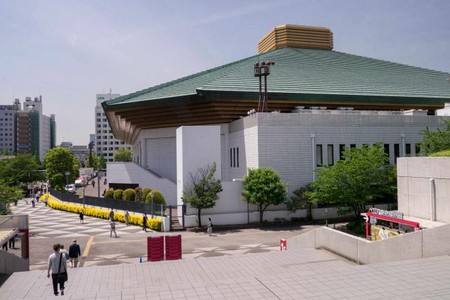 Sumo wrestlers live in heya (training stables) where they follow strict traditions that dictate their daily lives, from what they wear to what they eat. The top sumo wrestlers are celebrities in Japan; they earn thousands of dollars a month, have fan clubs and retain their prestigious titles for life. On tournament days, they’re welcomed to the stadium by cheering fans asking for autographs and photos.

The tickets give entry to the stadium for the whole day (8am-6pm), but the mornings are for the juniors’ competition and much quieter. The stadium will fill up later in the afternoon when there’s a much better atmosphere.

The big-name sumo wrestlers start arriving from around 2pm. The second division (Juryo) matches start at 2:20pm and top division (Makuuchi) matches at 4:20pm, which are the very best sumo wrestlers in Japan. The highest-ranked wrestlers are always the last to compete. 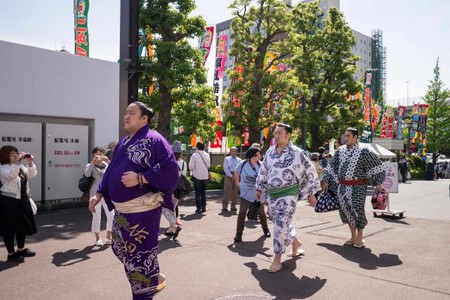 There’s a short ceremony before each of these sets. The wrestlers, dressed in colorful ceremonial aprons, walk around the ring and then clap before exiting again, a symbolic gesture of getting attention from the Shinto gods.

And this is when the atmosphere starts building, and the crowd gets excited, with people cheering on their favorite wrestlers, and sometimes even throwing their cushions into the ring at the end of the last match of the day.