Inside Toho Studios: The Home of Godzilla 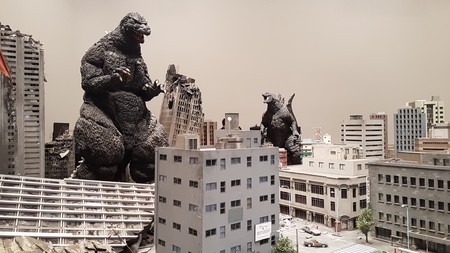 Culture Trip heads to Tokyo and into the home of Godzilla. Here’s our look at the studio that produced a monster.

Godzilla is perhaps the most famous Japanese movie star, and nowhere is the great lizard’s presence more keenly felt than in Tokyo – the city he is so often seen rampaging through.

Hotel Gracery opened in 2015 and hasn’t taken very long to garner a reputation for being one of the city’s best hotels. The 30-storey, almost 1,000-room hotel is situated by the neighbourhood’s main landmarks in Shinjuku. What makes the hotel stand out is the Godzilla theme woven throughout its design. Pop by the terrace on the eighth floor to come face to face with the towering 12-metre (39-foot) Godzilla replica, with some of the rooms showing the aftermath of an apparent attack by the monster. 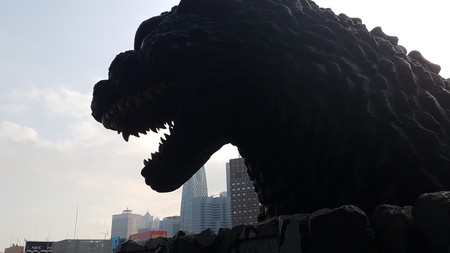 For those not staying at the hotel, there’s the Toho Walk of Fame in Hibiya. At one end of the pathway, which pays homage to various legends of the screen, you can see a Godzilla statue, which leads to one of the biggest cinemas in Tokyo.

Godzilla came to life at Toho Studios, the biggest film studio in Japan. While fans can’t access the main studio, the giant murals of Godzilla and Seven Samurai have become a popular selfie spot for passing tourists. 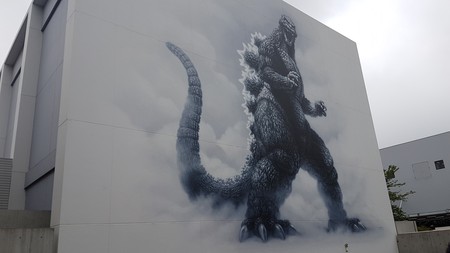 The original Godzilla films were unfairly characterised outside of Japan as cheap B-movies, with poor special effects that consisted of an actor in a rubber suit thrashing around a scale-model city. But it was this low-tech approach that made the films so popular, according to Toshifumi Shimizu, assistant director on 2001’s Godzilla, Mothra and King Ghidorah: Giant Monsters All-Out Attack.

“Japanese Godzilla traditionally had someone inside the suit to make him move, so there is a better sense of emotion on screen. That’s the big difference between this [Japanese] version and the Godzilla you see in Hollywood.”

“With computers, everything has to be very planned, but when you have an actor in a Godzilla suit, he can do the unexpected. We have some digital techniques here [at Toho in Japan] as well, but it will probably be a combination of real and practical in our home-made films in the future,” Shimizu says.

The detailed models are impressive when seen in person, and the ingenuity with which the monsters were operated, using a combination of physical manipulation (usually in the guise of a person inside the suit) and wires on the outside, is impressive. 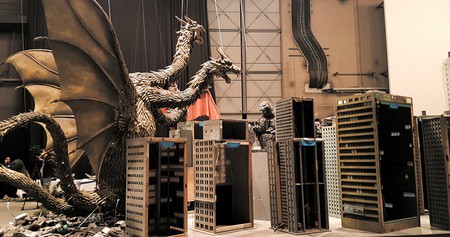 “Usually, Toho keeps all these props and sets in a secret warehouse,” Shimizu explains via a translator while standing in the shadow of a hovering giant moth and a three-headed winged beast. Looking around the studio, Shimizu explains how employees rarely get to see these props, and reveals that there are even more stored away in another part of the Toho backlot.

Why is Godzilla still so popular in Japan?

The origins of Godzilla, both in terms of post-war politics and kaijū (strange beasts) folklore, explain the original popularity of the character; however, there are other factors that underpin the longevity of the cultural phenomenon. In the aftermath of World War II, Japanese filmmakers were keen to explore the effects of atomic tests in the region and the devastating attacks on Nagasaki and Hiroshima. Also, kaijū are part of Japanese mythology that have been passed down for centuries and are now popularised on screen.

For Shimizu, the main reason that Godzilla is still popular today is because of humanity’s self-destructive tendencies. “Society and people have a desire to destruct. Godzilla does that on behalf of us… in a safe way. We also get to see things visually with this destruction and these monsters that we would never get to see today,” he says. 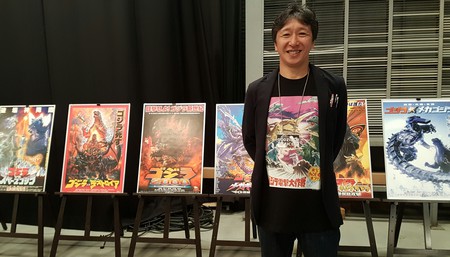 “In Japan, we have so many monsters [that] other studios have tried to create kaijū films too, but Godzilla is the king. There is a familiarity here, and he is a household name,” Shimizu adds.

The legend of Godzilla will continue in a new Hollywood movie, Godzilla: The King of the Monsters, with Toho Studios also planning additional instalments.