In Osaka, There's a Highway That Passes Through a Building 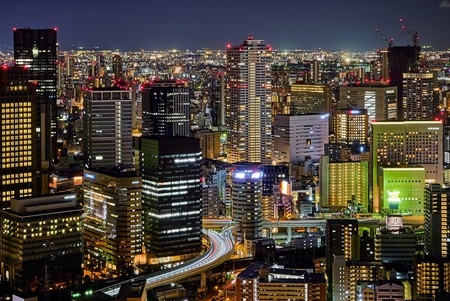 The Gate Tower Building in downtown Osaka doesn’t stand out much at street level. However, look up to witness what appears at first to be an optical illusion – cars driving straight through the middle of the skyscraper. Yet, this is exactly what is happening, thanks to an agreement that was reached between the Japanese government and the original landowners in the 1980s.

Considering how much controversy can be caused by architectural design, as well as how often people get cheated or manipulated by wealthier, more powerful entities when it comes to land ownership, the story of the Gate Tower Building is a bizarre yet beautiful example of how compromise can actually work. It all started in the late 19th century when a wood and charcoal business called Suezawa Sangyo purchased the property rights to the plot. Over the years, their buildings on the land fell into disrepair. When they finally planned to redevelop the area in 1983, a new exit ramp connecting the Hanshin Expressway to downtown Osaka was already set to pass through. The landowners and the highway cooperation fought for five years until they ultimately reached a solution – why not have both? 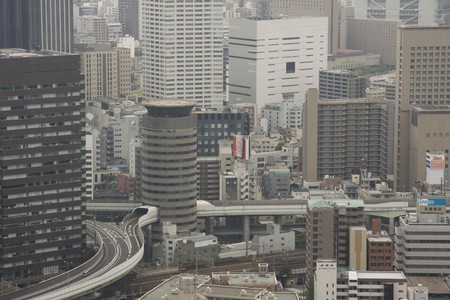 The tower, center left, has a traffic tunnel that passes through it. | © Chris Gladis / Flickr

Construction of the building and the highway exit ramp that passes through it began in 1989 and was completed in 1992. Since this building was the first of its kind in Japan, urban planning laws, highway construction laws, and building codes were also revised to make such structures possible. To ensure that the employees who work in the building wouldn’t be less productive due to the rumbling of passing traffic, noise-proof walls and flooring were added around the highway, which doesn’t actually touch the circular skyscraper. While the rest of the building is a typical office tower, the walls that directly surround the off-ramp contain nothing but machinery and elevators.

Today, the Gate Tower Building is an office building owned by the TKP corporation. The building is 16 stories high, but only 13 of these are regularly occupied – floors five through seven were sacrificed to allow space for the road. Those who regularly occupy or visit the space hardly notice anything out of the ordinary aside from the elevator skipping floors four through eight.

This stretch of the Hanshin Expressway is quite busy, as it leads traffic straight to Umeda, the largest downtown hub in Osaka and gateway to Osaka Station, home to most of the major train lines that run through the metropolis. Umeda is also where most of the suit-clad workforce commutes on a daily basis to work from their cubicles. So, it’s quite possible that many who work in the Gate Tower Building actually drive through it on their way to work! 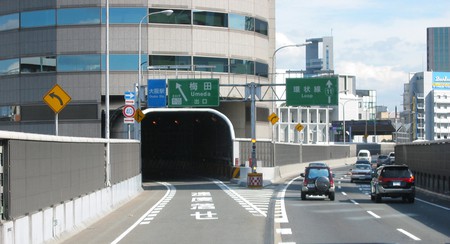 The Gate Tower Building is a wonderful example of how something radically new and interesting can come about when people actually work together. If you’re ever in Osaka, don’t forget to stop by – or pass through!