In Japan, Taxpayers Get Gifts for Paying Taxes 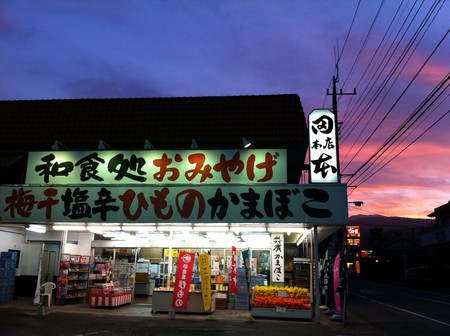 Tax season normally means very little to look forward to – not in Japan though, where tax season is like Christmas, thanks to the government’s little known Furusato Nozei tax incentive scheme. By donating taxes to specific areas of the city, tax payers are rewarded with gifts. Here’s everything you need to know.

More about the gesture than the actual gift itself, events like trips away often require Japanese workers to bring back souvenirs called ‘omiyage’ as a thank you to their co-workers for handling their absence. Even during Valentine’s Day Japanese people often give ‘appreciation’ gifts not just to their romantic partners, but also many give ‘tomo choco’ aka ‘friend’s chocolate’ to their buddies and the very unromantic ‘giri choco’ known as ‘obligation chocolate’ to their boss. With so many occasions for gift giving, it only makes sense that local governments would try it themselves to incentive tax donations.

So what it is Furusato Nozei?

Translating to ‘hometown tax’ in its most basic un-tax lingo form, Furusato Nozei was established in 2008 and is a promotion-like scheme where Japanese tax payers are given the choice to pay taxes to a prefecture outside of the one they currently live in. In exchange for their tax donations, payers are sent gifts from the area – from food to holiday experiences, Furusato Nozei gifts cover a whole spectrum of items.

How the system works

The system is actually incredibly straightforward, and there’s a clearly written English site that can take you through the entire process seamlessly. First go online to en.furumaru.jp, and submit the amount you earned that year – this will calculate how much tax you will need to pay. You can then explore the different prefectures and their offerings – each gift is given a tax equivalent, for example for a 70,000 yen ($700 USD) donation you can receive a Shimano bicycle courtesy of Ibaraki prefecture, or if you donate 10,000 yen to Saga they’ll post you 11 kgs (25lbs) of local mandarins. The donation that you make is then deducted from your income tax and local tax (except for a small 2,000 yen ($20 USD)) fee. Too easy.

Why Japan introduced the scheme

In a country like Japan, which is home to an incredibly dense working population in mega cities like Tokyo, the distribution of wealth throughout the rest of the nation was getting a little imbalanced. In 2008 the system was motivated by the idea that it would to help redistribute tax revenue to other less well funded areas of the country, while also piquing interest in tourism outside the cities.

Taxpayers can also specifically choose to give their tax payments to towns, municipalities, and even specific local projects. From rebuilding day care centres to supporting young rural workers, the ability to have a say in where your money is going is one of the best ways to mobilise tax payers and educate them about the rest of the country.

So far it’s been a pretty big success, as the opportunity to receive a gift has encouraged a lot of taxpayers to actually do their taxes. According to Japan Today, the total sum of donations made up around a reported 280 billion yen ($2.5 billion USD) in 2016. In the small town of Kamishihoro enough donations were received that the area was able to build a free day care center, which has increased the town’s population. After the 2011 tsunami in Tohoku, direct donations also allowed the area to rebuild quickly.

Tax time in Japan is upon us now, so there’s no better time to get started – happy tax-mas!