How to Spend 24 Hours in Nagano: A Complete One-Day Itinerary 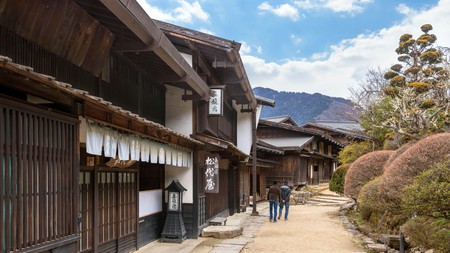 Shinto pathways, fairytale forests filled with ancient cedars, and seventh-century Buddhist temples all await travellers to Nagano. Here’s how to make the most of a day in Nagano, a core city of Japan.

Nagano offers a wealth of history and beauty in its shrines, temples and forested escapes, as well as endless good food. The central Japanese city is a real contrast to Tokyo and Osaka, and makes the perfect day trip, providing visitors with the opportunity to experience the wild natural beauty of Japan’s Chūbu region.

Start your morning with a Japanese breakfast

With its affordable menu filled with hearty dishes, Sukiya is a great place for breakfast in Nagano. Sukiya serves delicious Japanese cuisine with the occasional foreign influence (cheesy curry anyone?), and is a favourite restaurant choice among Nagano’s residents. In Japan, savoury breakfasts are favoured over sweet options, so start your morning with a sweet-and-savoury beef and rice bowl (gyūdon) accompanied by miso soup, or try teriyaki-glazed eel on a bed of steamed rice. A meal at Sukiya is sure to set you up well for a day’s sightseeing in Nagano. The restaurant is open 24 hours, in case you need a pick-me-up later in the day. 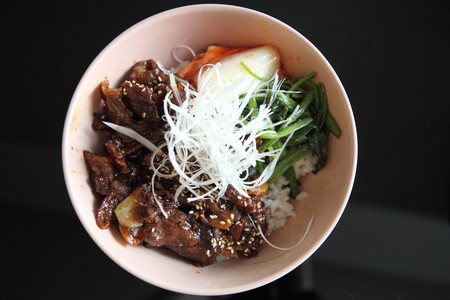 Once your hunger is satisfied, take a scenic stroll (around 20 minutes) from Sukiya to Zenkō-ji Temple, a historic Buddhist temple that dates back more than 1,000 years.

Zenkō-ji Temple was built in the seventh century and is home to the first Buddhist statue ever to have been brought to Japan. Although the statue is not on display, Zenkō-ji Temple is still a historic and significant Buddhist landmark.

The temple compound includes a serene garden as well as a museum detailing Zenkō-ji’s history. The temple grounds are especially majestic during cherry blossom season, when the area comes alive, bursting with delicate, pink flowers.

After walking the temple grounds, we recommend a stroll along the picturesque main street leading up to Zenkō-ji to check out its local shops, and perhaps grab a few snacks or souvenirs. 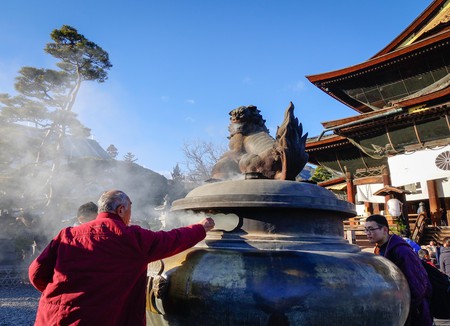 Buckwheat is grown in abundance in the Togakushi region, and the area is rightly famous for its fresh and keenly flavoured soba (buckwheat noodles). There are many soba shops in this area of Nagano, and they’re all of a reliably good standard, so you can take your pick of whichever one draws your eye. But for the very best soba in Togakushi, it’s got to be Uzuraya.

Here, customers are served hot or cold (your preference) soba noodles while sitting cross-legged on the restaurant’s tatami floor. Guests are also given a small grater, wasabi root and salt with which to make wasabi paste to complete the noodle dish.

To go alongside the soba, be sure to try Uzuraya’s tempura – a deep fried, sesame-infused dish that is the perfect companion for soba. 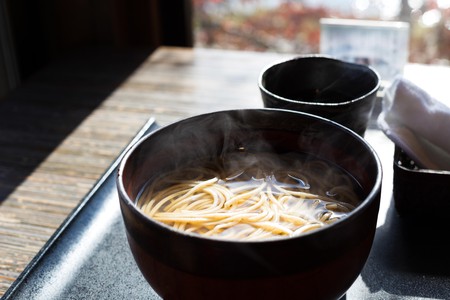 Walk along an ancient Shinto trail

Work off your lunch with a hike to Togakushi-Jinja, a Shinto site that’s made up of several shrines. The moderate hike winds through towering trees in one of Nagano’s national forests – the cedar trees that line the trail are hundreds of years old, creating a somewhat mythical scene. 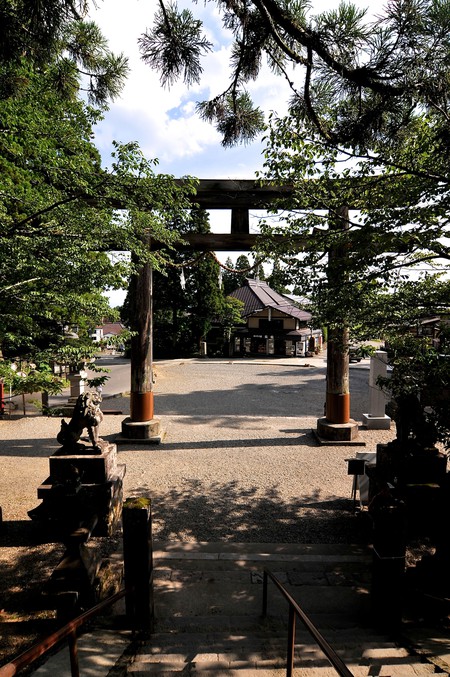 Togakushi Ninja Museum is housed in a restored granary from the Edo period that now displays around 500 ninja tools and weapons and more than a thousand folk tools, including woodsaws, felling axes and household items such as wooden combs and hairpins. As well as its fascinating exhibits, the museum’s grounds feature gardens, watermills, a suspension bridge and even a ninja-inspired home, which recreates the accommodation that ninjas might have lived in in the past. The ninja home is set up in a maze-like fashion that challenges visitors to find their way – through secret doors, hidden rooms and all. The museum makes an engaging way to spend a couple of hours, and you can even practice throwing a shuriken, a traditional weapon used by ninjas. 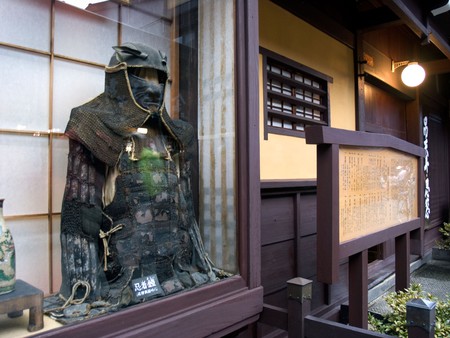 Explore the history of ninjas with a trip to the museum | © Miguel A. Muñoz Pellicer / Alamy Stock Photo

Catch a taxi back to central Nagano for an evening spent enjoying the city.

Nagano’s drink of choice is sake, and the best place to try Nagano’s finest sake is Nishinomon-Yoshinoya Sake Brewery – a tasting hall and shop dedicated to artisan sake and miso. Some staff members can speak English, and all are able to provide visitors with information on the various kinds of sake, wine, soy sauce and miso at the brewery. Consider sampling the plum wine or amazake (a sweet, low-alcohol Japanese drink), and you can purchase your favourites for a tasty souvenir. 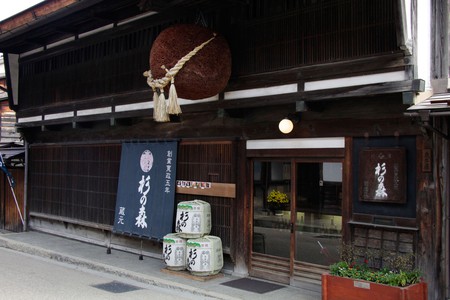 Enjoy a typical Nagano dish in a home-like setting

Oyaki has been described as Nagano’s soul food, and a trip to Nagano wouldn’t be complete without trying the light and airy dumplings for yourself. This steamed or baked flour dumpling is traditionally cooked in coals, and stuffed with savoury vegetables.

For authentic oyaki in a rustic setting, go to Ogawanosho (おやき村大門店). The restaurant’s focal point is its large, charcoal hearth where the oyaki are cooked. Baked oysters are also popular here, and there’s miso soup too. There’s an on-site shop, so you can buy prepared oyaki and other locally produced Nagano goods to take home. 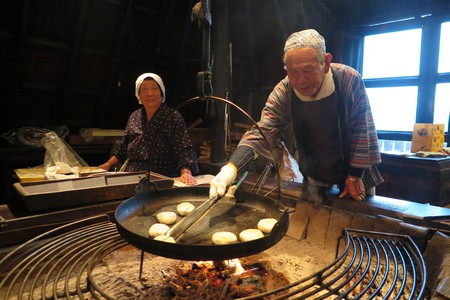