How To Celebrate Christmas In Japan

Christmas in Japan is a fun, festive time of year. Since there are few Christians in the country, none of the religious connotations associated with Christmas were brought over from the West, and it isn’t a national holiday. However, many of the things traditionally associated with Christmas – festive trees in the shopping malls, Christmas markets, and LED lights – make an appearance, as well as a few unique traditions that are purely Japanese.

A Japanese strawberry shortcake is light and spongy with whipped cream filling and frosting, which is much less sweet than other cake toppers. This treat is sold as ‘Christmas Cake’ in Japan (although it’s also very popular for birthdays) and is a great way to celebrate the season with family and friends. 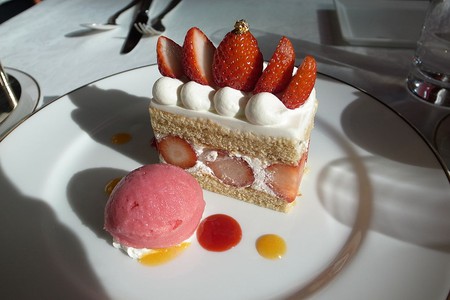 From Hokkaido to Kyushu, Japan hosts European-style Christmas markets throughout the winter season. Find everything from delicate tree ornaments to hot cider. Try the Tokyo Christmas Market; it’s sponsored by the German Tourism Association and the German Embassy and comes complete with authentic European flair. Visit December 16th-25th in Hibiya Park, 11 AM to 11 PM daily. 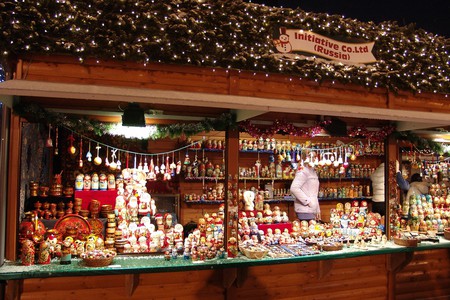 Kentucky Fried Chicken on Christmas has been a Japanese tradition since the 1970s, thanks to their catchy slogan and marketing campaign. It’s not uncommon to preorder meals for the week of Christmas weeks in advance, and it’s easily the busiest time of year for the fast food giant. 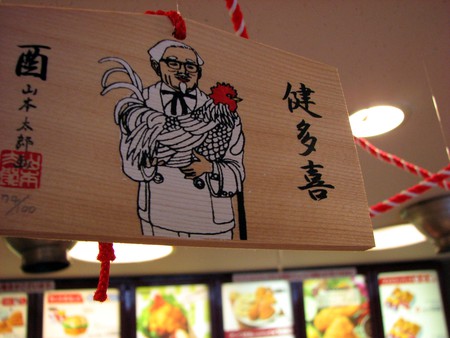 Colonel Sanders on an ema | © MShades/WikiCommons

Christmas wouldn’t be Christmas without a little holiday shopping, and Japanese malls are no stranger to Christmas décor. During this time of year, traditional trees, ornaments, and goods for sale aimed at the holiday shopper can be found at most major malls and department stores, especially in the big cities. 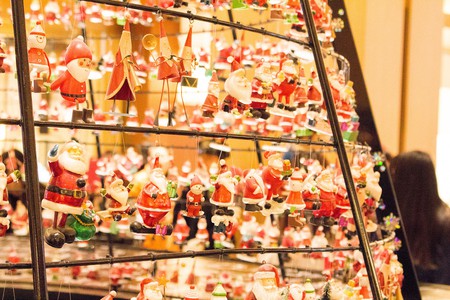 It has become commonplace for couples to exchange gifts on Christmas Eve, but rarely anyone else. Since Christmas is not a Japanese tradition, it’s also not traditional to exchange gifts for the occasion. This may be because Japan already has a December gift exchange of its own, the Japanese work-culture tradition of oseibo, when coworkers exchange gifts. Presents are more commonly exchanged for the New Year, which is a much bigger deal in Japan. 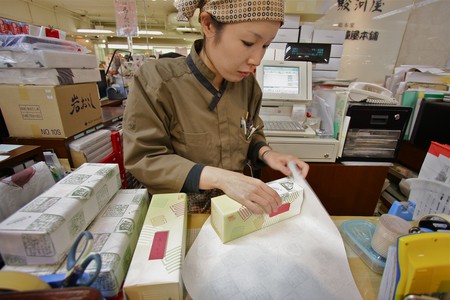 Gift wrapping at the Hanshin Department Store in Osaka | © Kojach/Flickr

Illuminations are one of Japan’s favorite ways to celebrate the winter season. Major malls such as Tokyo Midtown, public parks including Inokashira, and famous landmarks like Tokyo Station all have their own unique winter illumination displays. At this time of year, outdoor strolls, including along the Roppongi Sakurazaka, are especially popular with couples. 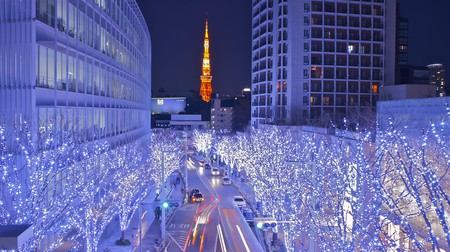 Tokyo Disney hosts its annual Christmas parades in December. It’s everything that’s expected of a Christmas parade, from fun, festive costumes and music to candy giveaways and even an appearance by Santa Claus himself. Tokyo Disney is not only a great place for families with children but is also a popular date spot for couples on Christmas Eve. 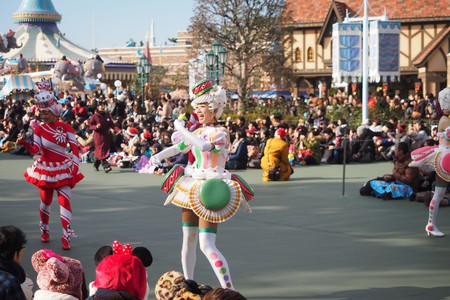 Go On A Date

Christmas Eve in Japan is often thought of as a couples’ holiday, like Valentine’s Day in the West. Japanese couples – especially young couples – like to book dinners at romantic restaurants, and it can often be hard to find a seat. But whichever way you decide to celebrate, be sure to spend the day with your significant other by your side (close friends and family will do in a pinch). 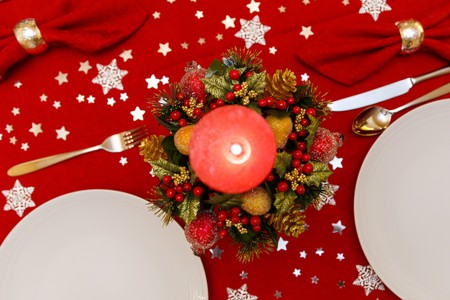 Dinner for two | © Petr Kratochvil/Public Domain Pictures
Give us feedback