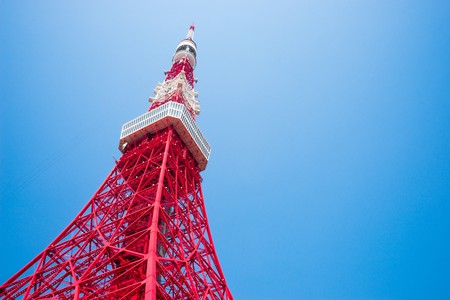 Though for a while now Japan has been considered a popular holiday destination, it’s fair to say that right now the nation is in the midst of its biggest tourism peak yet. In fact just this year the country reported its biggest inbound tourism record yet with a whopping 2.59 million foreign guests visiting Japan in October this year according to investment company Japan Macro Advisors.The country is looking to grow even further, with its sights firmly set on capturing the Muslim market.

Between April and July this year the country saw tourist spending hit ¥1.8 trillion ($15.8billion USD) according to the Japan Tourism Agency. With a rapidly aging population and a lack of available workers to boost the economy, looking to tourism could potentially be the country’s economic lifeline and it’s great news for travellers of all sorts, however, there’s one market the country has its eye on specifically and that’s Muslim travellers.

According to the Japan National Tourism Organisation (JNTO), around 271,000 Indonesians visited the country in 2016, a sharp increase from 2009 when the number was just 63,000. Following suit the country also recorded, more than 394,000 Malaysian guests, a more than triple the 89,000 visitors from the country just seven years ago.

There are a multitude of reasons for this drastic influx of Muslim guests visiting the country, including the recently relaxed visa laws, a weaker yen, the increased availability of low-cost Asian airfares and a push for investment in tourism. All of these events are really building up to the impending 2020 Olympics which has been a catalyst for Japan to undergo a rather radical evolution of internationalism over the past few years, but clearly, it’s paying off.

As President Trump’s travel ban is seemingly like a more real possibility, and the heightened feeling of racial tension hits boiling point in the states, many of the world’s Muslim travellers are setting their sights elsewhere and Japan is rolling out the red carpet. As major international events like the Rugby World Cup and the 2020 Olympics roll ever closer many companies are educating their workers on Muslim lifestyles, food, and prayer preferences in order to make the country more assessable for this booming travel market.

Japan is getting colder 🍂 To those who are coming to Japan, please be prepared and careful not to have a cold, then enjoy Japan enough 😁 Thanks for your good photo, @the_rabt1! – #getcolder #colder #japantrip #asakusa #autumn #fall #japaneseseason #japanweather #autumninjapan #beprepared – #Repost from @the_rabt1 with @regram.app … Fun chaos.

There are a number of names pushing for a more Muslim friendly Japan including the Halal Expo Japan, an annual event educating people on and connecting with people with the Muslim way of life. There’s also a number of Halal friendly travel companies like Halal Tour Japan which offer specially tailored tour packages and travel options. Opening in July 2016, the Muslim hotel Syariah Hotel Fujisan has been catering to Muslim guests, with ample prayer rooms and halal food on offer. However this hotel located nearby Mt. Fuji isn’t just open to Muslim guests, taking inspiration for the country’s new attitude to visitors, anyone is welcome. There’s also muslim-guide.jp an online directory for all any Japan-related questions Muslim travellers may have.

Is Japan the next big destination for Muslim travellers?

In short yes. Beyond the many aforementioned practical and economic reasons why Japan is opening its door to Muslim guests, the country has an almost spiritual appreciation for the Muslim way of life. As a nation, Japan is an incredibly non-confrontational spiritual country. Cities are dotted with Shinto shrines and Buddhist temples so Japanese people understand the interconnectedness of spirituality and everyday life, which has arguably allowed the country to be a lot more opening and understanding of other religious ways of life.

21st August 2016 in Tokyo It’s a peak season for wearing Japanese traditional attire, Yukata in Tokyo! Let me throw back the dress with Hijab at the Bon Odori Festival in Malaysia last month👘 It was amazing to see lots of Yukata Hijabis and it seemed everyone was excited to be part of Japanese culture together with friends and families there😊 Inshallah Allah allows me to promote cultural exchange between Japan and Malaysia in the near future! 🇯🇵❤️🇲🇾 Blog: muslimahtokyo.com #japanesemuslim #japanese #muslim #muslimah #islam #hijab #tudung #muslimahtokyo #tokyo #japan #jepun #malaysia #melayu #イスラーム #日本人 #ムスリム #東京 #日本 #マレーシア #盆踊り #浴衣 #花火大会 #yukata #kimono #bonodori #hanabi #hijabfashion #hijabstyle