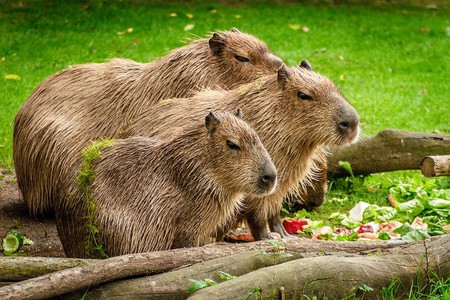 Capybaras, relatives of the adorable guinea pig, are the world’s largest rodents, native to the tropical warmth of South America. You may not have even heard of these gentle herbivores, but in Japan, these creatures enjoy unrivaled popularity.

Capybaras arrived in Japan over 50 years ago during the 1960s, where they were kept in zoos. These large furry animals were social, easily tamed and gentle towards humans, making them a great choice for interactive exhibits. But the animals weren’t an instant hit. In 1982, a worker at the Izu Shaboten Zoo in Shizuoka discovered that, like humans, capybaras enjoyed nothing more than a long soak in an onsen (hot spring) when the cold winter arrived, and it was only then that interest in capybaras began to grow. 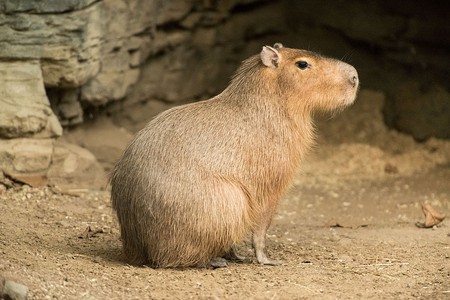 Soon, onsen began appearing in capybara exhibits to keep the animals warm, comfortable and entertained all year round. Like Japan’s famous onsen-dipping snow monkeys, the public quickly warmed to the image of the furry rodents soaking in hot water, and people began to notice other endearing qualities possessed by the capybara. Now, pictures and videos of capybaras bathing in their custom-made hot springs and summer pools are a common sight.

With its comically rectangular head and stout little body, it was only a matter of time before the capybara got its own mascot. Tryworks introduced Kapibarasan (Mr. Capybara) in 2006 as a prize inside claw machines. But the character quickly became popular in its own right, and soon, Kapibarasan could be found on everything from pencil cases and travel mugs to socks and snacks. Since the introduction of Kapibarasan a decade ago, the popularity of capybaras themselves has continued to climb. 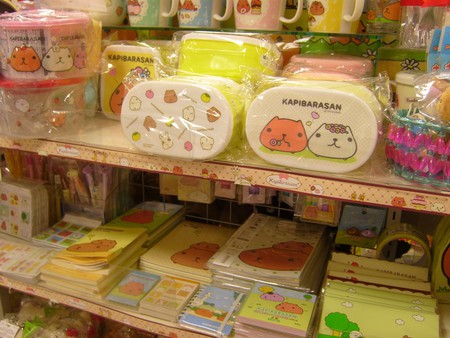 In the 10 years between 2006 and 2016, the number of capybaras in Japan’s zoos has more than tripled, from 125 to 422. Events that promote the interest and popularity of capybaras in Japan continue to take place. Early in 2017, a bathing contest was held for the rodents, with four parks throughout Japan participating. The first animal to enter the baths for the day was timed. In first place by a landslide came Umi of Nasu Animal Kingdom in Tochigi, who stayed in the park’s onsen for 4 hours, 56 minutes and 32 seconds. 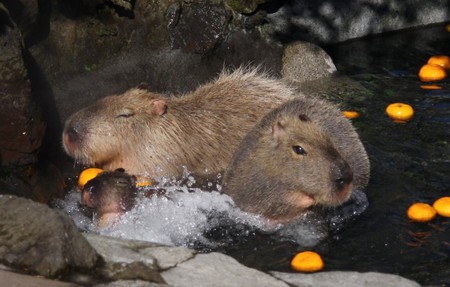