From Black Markets to Bar Crawls: The Evolution of Tokyo's Golden Gai 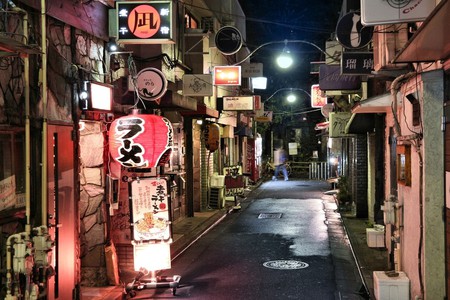 It’s one of Tokyo’s landmark attractions, with a long and storied history. A few minutes’ walk from the centre of Shinjuku lies a fascinating corner of the city that has survived urban development, organised crime and destruction: Golden Gai.

The gleaming cityblocks of Shibuya and Shinjuku embody much of Tokyo’s appeal as a state-of-the-art Asian metropolis. But nestled between these two districts is a part of the city that feels like a portal to another era, when the city had yet to become the futuristic behemoth that it is today.

Golden Gai – or Golden Town – is one of the most intriguing corners in a city that is already teeming with them. It’s a scruffy, dense network of six interlinked alleyways that is home to roughly 200 tiny bars, most of which can only accommodate patrons in the single figures. The area comes alive at night, and wandering the narrow, darkened lanes with tattered signboards and dimly lit signs can make any visitor feel as if they have travelled back to a different time entirely. 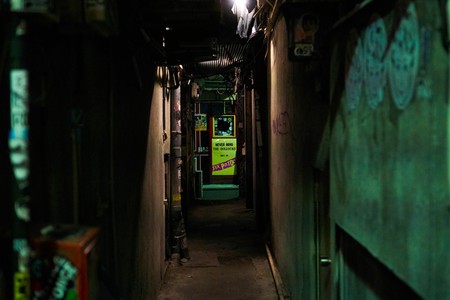 Back Alley in Shinjuku leading to Golden Gai | © Yamaz/Shutterstock

Go there today and you will find mostly tourists, but once upon a time, the area attracted a very different crowd. Golden Gai’s origins go all the way back to the immediate aftermath of the Second World War, when central Tokyo had been devastated by Allied bombing, and its population had plummeted to just over three million (around four times less than what it is now). A small black market occupied the area just in front of the east entrance of Shinjuku Station, providing all manner of illicit goods. The market eventually evolved into a number of tiny stand-up bars before it was then shut down by occupying forces in 1949.

The stall owners moved a short distance down the road to an underdeveloped part of the city, at the time just a vacant lot covered with weeds. A walkway next to the site, known as Shiki-no-michi (Four Seasons Alley) is the last remaining trace of the area as it was in the early 1950s. Word spread across the city that there was a space in which people could enjoy an even looser, more informal environment to get their kicks than the existing one in Kabukicho, Shinjuku’s entertainment quarter. In a sort of red-light district gold rush, other stall owners flocked to the area. A number of rickety, three-story wooden houses were built to accommodate the influx of businesses, and the linking alleyways made it easy for customers to get from one venue to another. 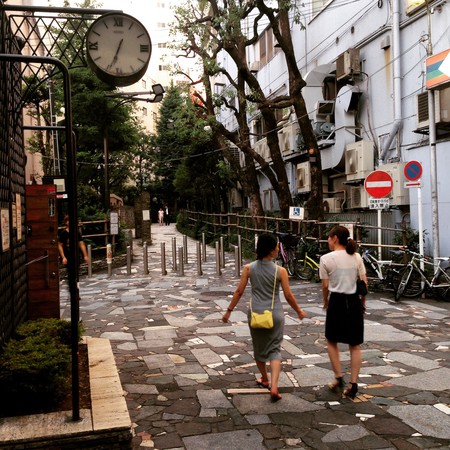 Locals stroll down the pathway just outside Golden Gai. The street dates back to pre-modernised Tokyo. | © James Gates

This small-scale colonisation was such that by the early 1950s, the area was known as ‘ao-sen’, or blue line, thanks to the many brothels that could be found there. In 1958, the Japanese government passed new laws making prostitution illegal, and all brothels in the area had to be shut down. They switched their businesses to bars, or izakaya – restaurants selling small plates of food in addition to generous amounts of alcohol. While the business model had changed, the buildings had not, and most places could only hold up to ten customers at a time.

It was this ramshackle, off-the-grid nature which meant that while surrounding areas were engulfed by the wave of modernisation that was transforming Tokyo, Golden Gai was left behind. This, it turned out, was entirely to its benefit, as it began attracting a community of poets, writers and artists (even the great English writer Angela Carter was reported to have paid a visit during her extended stay in Tokyo during the late 1960s), all of whom lapped up its scruffy allure and added immeasurably to its bohemian vibe. 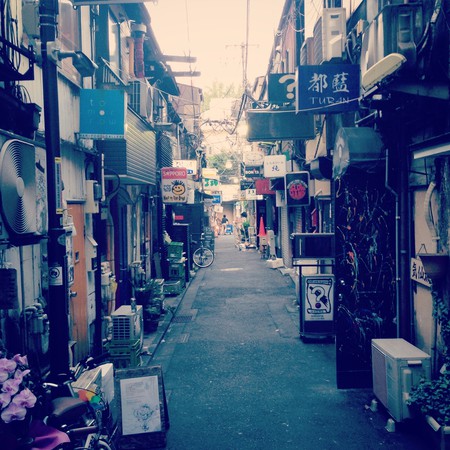 Golden Gai’s salad days took place in the mid-1970s, thanks to the writers Saki Ryūzō and Nakagami Kenji. Both were regular drinkers at the area’s bars who won prestigious prizes for literature in 1976. Suddenly, Golden Gai was the Mecca for any intellectual or beatnik worth their salt, and the area underwent intense scrutiny from the nation’s media. This in turn brought with it unwelcome attention from the Yakuza and city developers. In the 1980s, the former set fire to a number of the old wooden buildings so they could be bought up by the latter, who snapped up property for huge prices and ended up transforming the area irrevocably.

After Japan’s post-’80s bubble economy burst, many buildings became derelict and the area suffered, but it had a renaissance in the early 2000s. A new generation of visitors rediscovered it and set up restoring it to its former glory. Former patrons who had frequented the area in its golden years were able to take ownership of bars and thereby help to preserve the area’s character. A collective of about 80 people was set up to protect it from redevelopment. 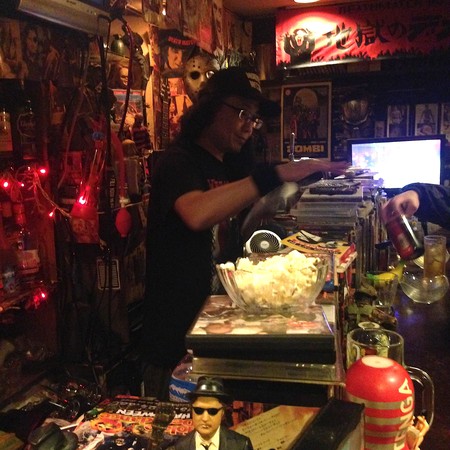 A bartender serves drinks at Deathmatch in Hell, a horror film and heavy metal-themed bar in Golden Gai. | © James Gates

The area is now teeming with niche bars, themed around everything from retro video games to ’80s horror movies and heavy metal. Unsurprisingly, it’s a massive draw with tourists who enjoy bar-hopping in the hopes of finding the most off-beat drinkery. Due to the limited space, a lot of bars charge a cover fee of around 300 to 1,000 yen (US$3–9), and guests are expected to behave themselves (within reason) at all times.

Tragedy struck again in spring of 2016, when four buildings were destroyed and one person was injured in a fire. But once again, Golden Gai bounced back. Today, it remains one of Tokyo’s most endearingly grubby locales, a lasting reminder of a era that has been all-but-erased from the cityscape.