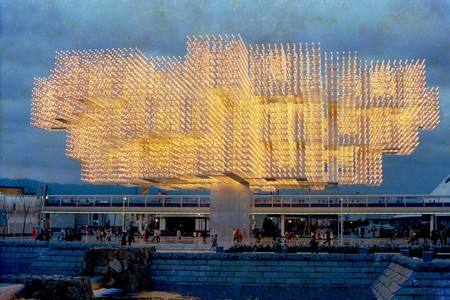 Expo 70, the world fair held in Osaka, Japan, from mid-March till mid-September 1970, was a showcase for world culture and innovation and it brought the latest in technology, design and architecture to the Japanese city. Beryl Belsky recalls her time working in the Australian pavilion. 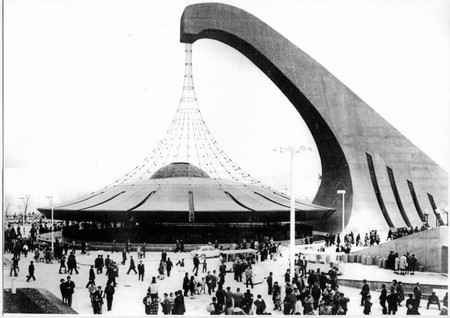 Addendum: The Australia Pavilion at Expo 70 is currently under threat but there is a campaign to preserve it called Save the Osaka Expo 70 Australia Pavilion. Visit their Facebook page for more information and updates.

Osaka Expo was the first expo hosted in Asia and it was an incredible example of engineering and architectural finesse thanks to unforgettable temporary pavilions… It was 40 years ago but they look more futuristic than the… Shanghai pavilions [at Expo 2010]. I think they evoke… structural progress and… high-tech concepts… so stunning! Unfortunately most of the buildings were removed… (Osaka Expo ’70: Futuristic Pavilions, THEJUICESQUEEZER, June 28, 2010).

This description, posted at an international site dedicated to architecture, design and other related matters, sums up the experience of Expo 70, the world fair held in Osaka, Japan, from mid-March till mid-September 1970. The exhibition, whose theme was Progress and Harmony for Mankind, was Japan’s showcase to the world and proof of its superior technological skills. The 76 nations (plus a British Crown Colony − Hong Kong), as well as three American states and one German city, that took part in it were eager to match the host country, if not technologically then at least architecturally, with the exhibits they displayed inside. The expo was, therefore, an amazing conglomeration of structures, many of them daring in their designs and concepts. 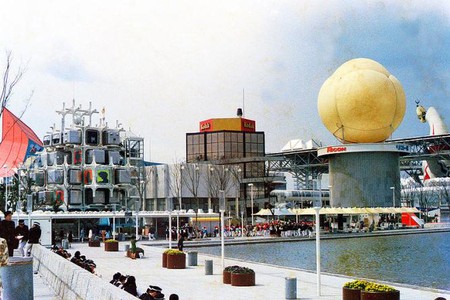 The Australian pavilion, for example, in which I was privileged to work for the six months of the exposition, had a canopy roof, ‘shaped from Australian steel as a stylized lotus and suspended from a giant cantilever arm.’ 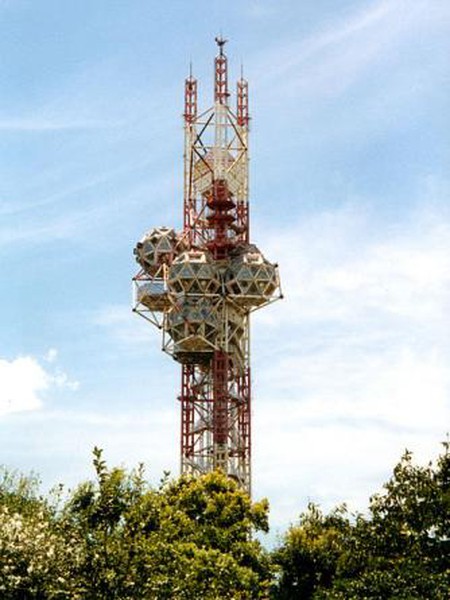 According to contemporary architects Barnes and Jackson in a paper they wrote on the concept, it was an attempt ‘to appeal to purported Japanese interest in mastery over nature while showing what Australia could do with its natural resources.’ It was also intended to correct Japanese perceptions of Australians as coarse, uncultured and under-industrialized.

In keeping with the historic 1967 moon landing and subsequent space explorations, the U.S. pavilion had a space age theme. The interior was inflated like a balloon, and made of fabric and cables. Artifacts such as the Apollo 11 space capsule were displayed to demonstrate NASA’s achievements, and the centerpiece was a large piece of moon rock brought back by astronauts from Apollo 12 in 1969.

Japan’s architectural designs, including its own pavilion and those of its companies and organizations, were bold and futuristic.

The central unifying structure of Expo 70 was the Festival Plaza, where musical performances and electronic presentations were held. From the enigmatic Tower of the Sun, visitors could join pedestrian walkways, ‘people movers,’ and the monorail that traveled out toward the north, south, east and west gates. 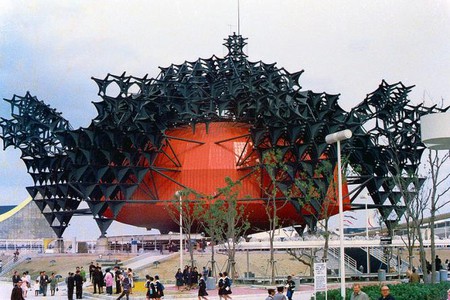 The experience of representing one’s country at an expo might be compared to that of an athlete at the Olympics, but for a much longer period and without the competition. Like the Olympics, each country has its own living quarters and distinctive uniforms. At Expo 70, the Australian women wore yellow and white mini dresses, with a grey coat in winter, and the men wore yellow shirts and green blazers. We all wore soft white ‘digger’ hats. 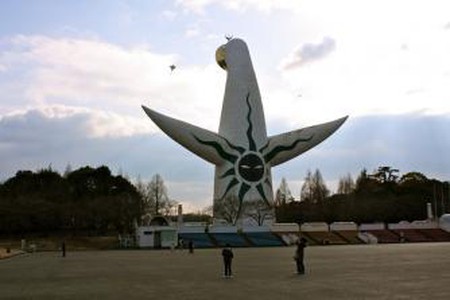 As hosts and hostesses, our work involved greeting the thousands of visitors passing through daily and offering them information about Australia in general, as well as about tourism and trade opportunities. In between shifts, we enjoyed visiting the pavilions of other countries in order to meet their representatives and view their exhibits. Since the Iron Curtain still divided East and West, we were particularly curious to meet the Soviet delegates, despite warnings not to fraternize with them (no doubt, the warnings were mutual). So we would enter the vast, imposing structure – with its statues of model workers, 3-D panoramas and space capsule of first cosmonaut Yuri Gagarin – rather timidly and engage in small talk and the exchange of badges from our respective countries.

Another enjoyable pastime was eating. Some of the pavilions had restaurants, and it was particularly interesting to taste the cuisine of those countries and cultures. We liked to frequent the New Zealand restaurant because of the delicious lamb and ice cream they served, but Japanese food was ubiquitous and like the tens of thousands of Japanese visitors, we, too, often enjoyed a bento, a traditional Japanese lunch of rice, fish or meat and pickled vegetables packed in a lacquered box.

Overall, some 64 million people visited Expo 70 (Expo 2010, Shanghai, 73 million), which was, at the time, a large record for international expositions. 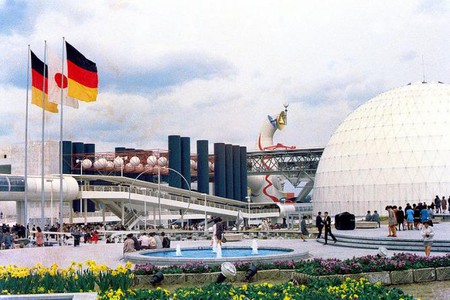 The Expo site is now a Commemoration Park. Most of the pavilions were destroyed, but a few elements (such as the Japanese Garden) remain, and the mysterious Tower of the Sun still stands tall. In addition, a time capsule was buried there, to be opened 5,000 years later, in the year 6970.