10 Ergonomic Pieces of Japanese Design For The Modern World 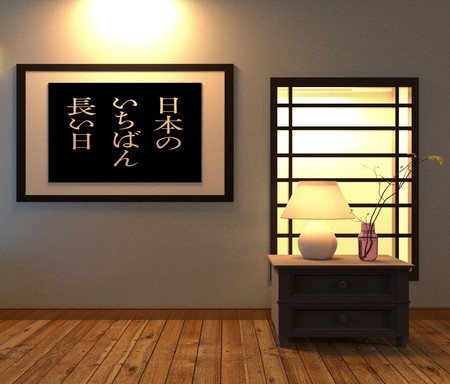 Keeping up with the tradition of past legends like Watanabe Riki, Kappei Toyoguchi and Shiro Kuramata, Japan’s contemporary designers equally embrace ethereal simplicity and cutting-edge industrial brilliance. Culture Trip brings you ten living design heavyweights at the crossroads of art, functionality and technology, who ceaselessly push the boundaries of modern furniture design.

Visually understated but creatively complex, Japanese design often hides technologically advanced materials and concepts behind its audacious minimalism which has helped to shape contemporary furniture design throughout the 20th century. From the late Riki Watanabe’s affordable post-war creations to Tokujin Yoshioka’s inspired futuristic installations, Japanese designers have been constantly bridging the gap between everyday simplicity and industrial innovation, practicality and art. A force to be reckoned with in the global industry, their work features in some of the world’s biggest museum collections, although their names still remain somehow overlooked in the commercial realm. 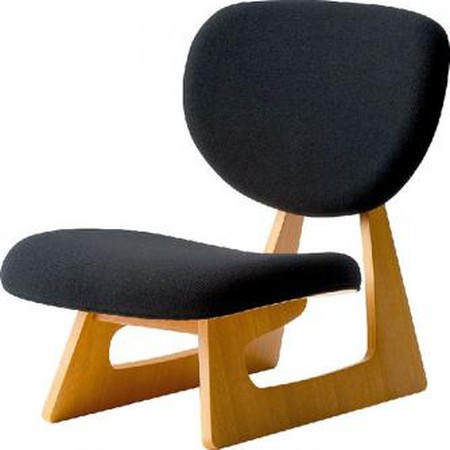 One of the great figures of Japanese creation, Choh,remains active in the field of furniture and architectural design at the impressive age of 92. His trademark concept is that of re-design, where he revisits old classics from his long collection in order to deliver new and improved versions, simultaneously preserving his love for organic forms. The Persimmon Chair has remained a staple of modern design since 1960 when it was first introduced, winning the gold award for the Japan booth at the 12th Milan Triennale. Another product of the same year, the Sakura Chair is another iconic Choh design, combining modern style with clever feet that spread the weight, sparing the traditional tatami mat from damage. 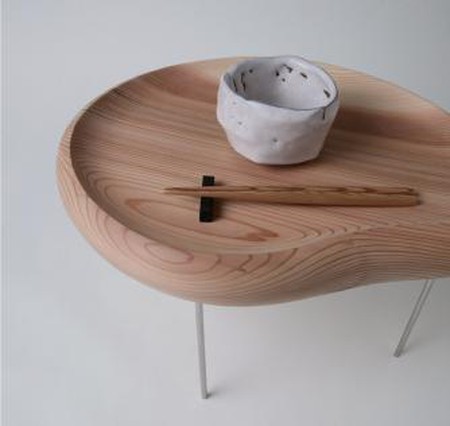 Kurokawa feels that by giving materials a shape and function, he helps them to assert a life of their own. Accordingly, his famed GOM series – now part of New York’s Museum of Modern Art collection – gave mundane objects like ashtrays, coasters and pens a rubber finish and incomparable edge that still keeps them relevant today. Involved in both architecture and product design, Kurokawa has established his own architectural office K-System, an organisation that sells his work and that of designers he selects. One of his latest collective projects is Design Proposal, a website which provides briefs by five member companies, including K, then invites designers from around the world to submit their responses; it is ‘a platform for production, in which designers and distributors can encounter through ideas’. 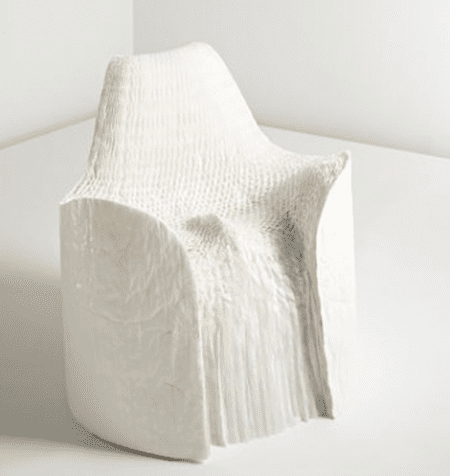 Representing the young designer crop currently excelling in international shows like Milan’s Salone del Mobile, and having already found his way through some of the world’s greatest museum collections, Yoshioka imbues his designs with a decisive freshness. From more old-fashion projects with designer Issey Miyake to his current collaboration with Italian brand Kartell, MOROSO and Driade, Yoshioka creates an interplay of materials like aluminium, crystal or glass, sculpting them into fascinating living objects that, even if they come from the days of old, look like they are from the future. The use of light as a design material is instrumental in his work, employed to capture and elevate the senses. In the turn of the new century, his trademark Honey-Pop Chair propelled him into fame, both radicalising and personalising design: made exclusively of concertina-folded white paper, strangely strong enough to sit on, it is ultimately custom moulded by the body shape of its user. 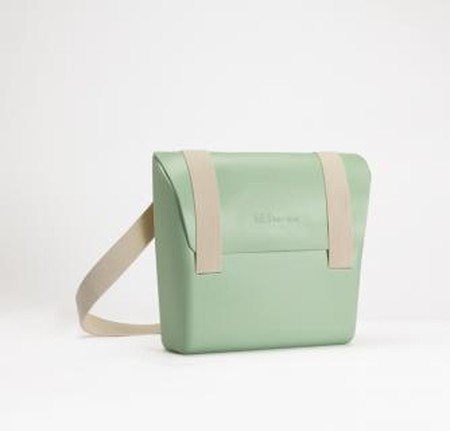 Initially designing clocks for Seiko in Tokyo, Hasuike fled Japan for Italy in the 1960s, where he created Makio Hasuike & Co Design — one of the first industrial design studios in the country. A dedicated fan of ergonomics, he’s long been observing human behaviour, creating architectural works and objects that utilise his experience and versatility. During his collaboration with Gedy, from 1968 to 1979, he created a series of bathroom accessories, from dispensers to lamps, using the most advanced technologies of that time. His popular ‘Impronta rucksack’, for his own MH Way brand, ingeniously hid a manufacturing technique used for women’s corsets behind its minimalist line. Eager to share his knowledge with future generations, Hasuike is finally an educator, having co-founded the Masters Degree in Strategic Design in Milan’s Polytechnic. 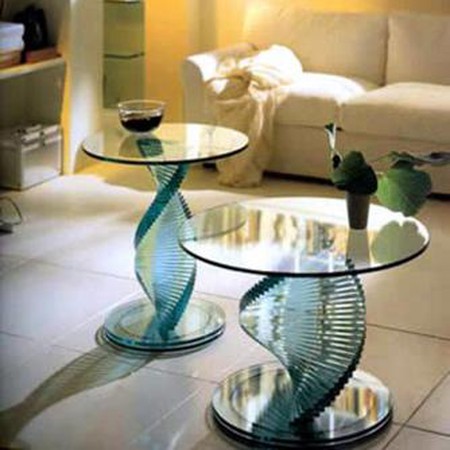 Human needs and habits, as well as diverse cultural dynamics, trigger Hosoe’s imagination. As a result, his designs are a mix of thorough scientific research and innovative thinking – dressed in neutral and vibrant colours alike. A Milan resident since 1967, he also had a stint as an Industrial Design professor at the city’s Polytechnic School. His flexible Hebi (‘Snake’) Table Lamp is a 20th century design classic, currently housed among New York City’s MoMA permanent collections, while his Tacit office chair is an ideal blend of function, comfort and playful design, a common characteristic of Hosoe’s work. 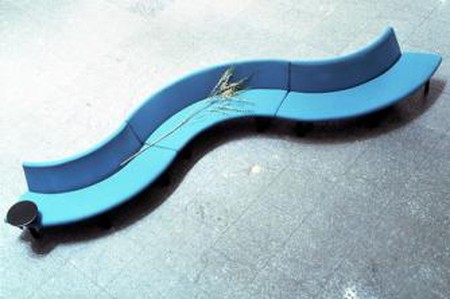 Kawakami specialises in product, environmental and space design, where relaxation, flexibility and high performance are vital. His philosophy is often put to good use in professional environments, which he provides with both aesthetically pleasing and technologically sophisticated alternatives. Kawakami created his personal design studio in 1971, after gaining experience alongside Italian industrial designer and architect Angelo Mangiarotti in Milan. At the end of the decade, when an oil crisis blew up the prices of petrochemical materials, he developed his award-winning Blitz (now Tune) – a folding chair, comfortable and slim, that made minimal use of both material and space. 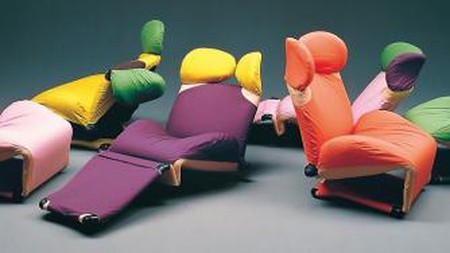 Popular in the museum world, Kita’s work spreads from Paris’ Centre Pompidou to New York’s MoMA and Munich’s Pinakothek der Moderne. Working between Italy and Japan, he initially drew attention to his work in the ‘80s, when he designed for Cassina the Wink Armchair (1980) and the Kick Table (1983) – living room companions that were colourful and practical in equal parts. Despite his love of industrial design (which spans from the Aquos LCD TV sets he made for Sharp, to the Wakamaru robot), Kita is environmentally conscious and devoted to vitalizing local industries, using techniques that derive from old Japanese traditions. For him, bright red and yellow colours flirt with subtle organic forms, and a basic lacquer vessel or a lamp made of handmade washi paper are as precious as a cleverly designed watch. 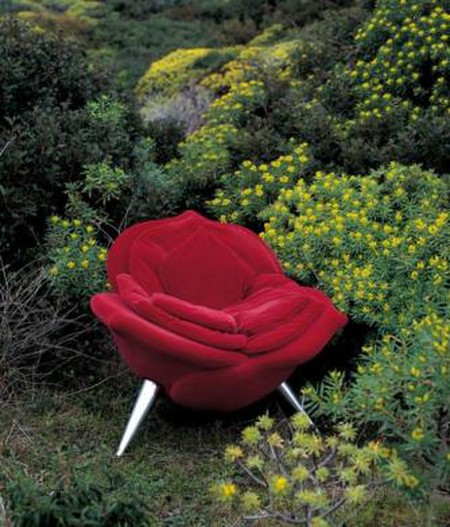 Before establishing his own design practice, U-Meta Design, in Tokyo in the ‘80s, Umeda worked in Italy next to the renowned Achille and Pier Giacomo Castiglioni, and had a stint as a design consultant for Olivetti. A turning point in his career and development, however, was his collaboration with the Ettore Sottsass’ Memphis Group – a decidedly ironic, flashy and vibrant team of international designers that confirmed Umeda’s taste for post-modernism. His contributions included shelving systems in the form of a robot, eccentrically painted in a fierce colour palette (Ginza Robot Cabinet, Memphis Group, 1982) and poetic rose-shaped chairs with soft velvet pillows (Rose Chair, Edra, 1990-91). Provocateur, ironic or romantic, one thing is certain: Umeda can hardly go unnoticed. 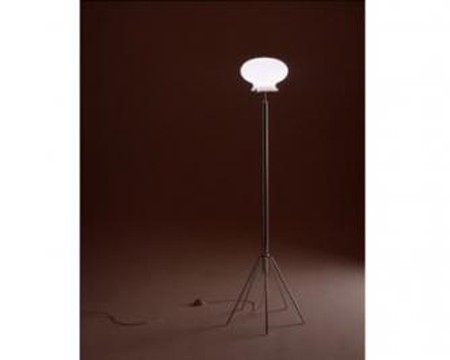 Dividing his time between furniture, interior design, architecture and urban planning, Uchida’s work has been influenced by both Japan’s Shiro Kuramata and the pioneering Mies van der Rohe. The designer tries to harmonize the visible and the invisible, the touchable and the untouchable, by creating work that is refined, slim-lined and elegant. In time he has developed strong bonds with the fashion world, designing interiors for designers such as Issey Miyake and Yohji Yamamoto, as well as the Kboe Fashion Museum. His basic Paper Moon lanterns, on the other hand, declare Uchida’s love for the cultural past and reflect his dominant philosophy: to update traditional values with decidedly modern design. 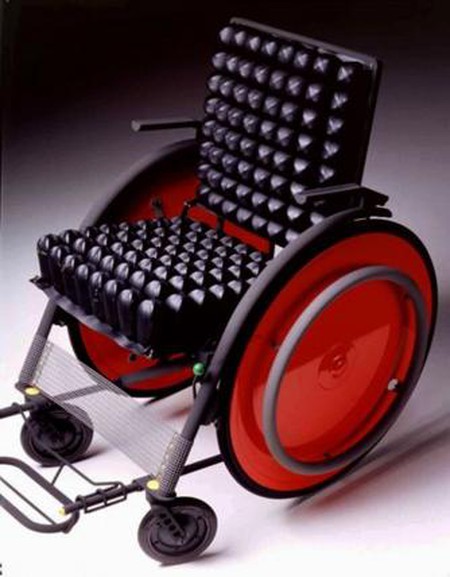 A serious automobile accident when the designer was just 28 years old confined him to a wheelchair for the rest of his life. This was a life-defining moment that Kawasaki managed to completely overturn, starting by creating Carna — the titanium wheelchair he created for himself, which gradually also helped other disabled people to gain personalised comfort and cutting-edge technology (it is now part of the MoMA permanent collection). Kawasaki strives to achieve designs that make handicapped people more able in society, delivering works – from cutlery to computer hardware, eyeglasses and artificial organs — that marry technology with, science, medicine and art. A visionary, above all, he believes that “in the 21st century, design will change Japan and save the world.” If anything, he’s definitely part of that effort.