Discover the Oldest Buildings in Japan 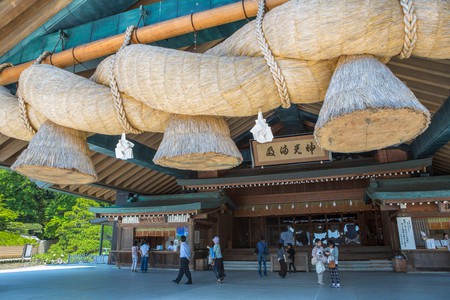 Japan is known throughout the world for having a style all of its own, and this is especially true of the country’s architecture. From traditional temples to relaxing onsens, here is a look at the oldest buildings you’ll find in Japan.

Hōryū-ji is not just the oldest temple, but the oldest building of any category in Japan. The temple, found in Ikaruga, Nara Prefecture, contains wood that dates back to 597CE, with original construction said to have been completed in 607CE. The striking wooden building is a UNESCO World Heritage site and is home to 180 of Japan’s National Treasures. 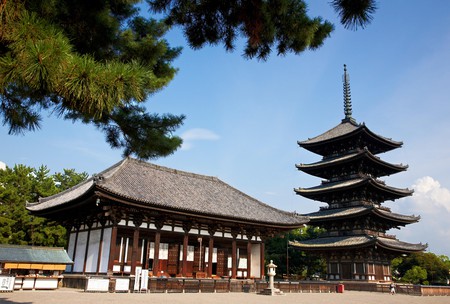 The pagoda of Hōryū-ji still stands, over 1,000 years after it was built | | © agefotostock / Alamy Stock Photo

It’s nothing short of a miracle that the temple is still standing, having suffered numerous disasters. As early as 670CE, the temple was struck by lightning, needing an almost total reconstruction. During World War II, parts of the building were removed and hidden to avoid destruction. Ironically, a fire broke out during the rebuilding of the temple, destroying a National Treasure.

In earthquake-prone Japan, the temple’s architecture – wide eaves and a shock-absorbing central pillar – has kept Hōryū-ji standing over the centuries.

Situated in the Aichi Prefecture, Inuyama Castle is one of only 12 castles in the country to be found in its original Edo-period form. Dating back to 1440, the structure is built in the Yamajiro or “mountain castle” style and overlooks the Kiso River.

Built from wood and stone, Inuyama’s keep, or tenshukaku, is one of Japan’s National Treasures, sharing the honour with only four other castles. Adventurous visitors can climb the four storeys of the keep to discover some great views, from the ground to the river and beyond. 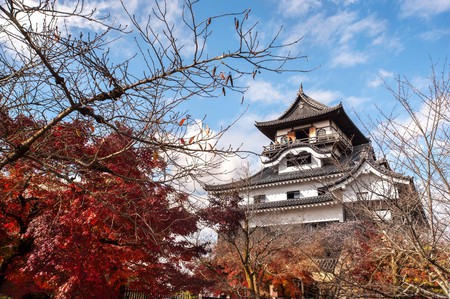 Hot springs, known as onsens, are one of Japan’s favourite pastimes. They come with their own particular set of rules and customs.

Located in Matsuyama, the Dōgo Onsen has been providing leisure and relaxation to visitors for well over 1,000 years. Prince Shōtoku, who died in 622CE, is believed to have taken a dip in the waters of the Dōgo spring.

While the spring has ancient origins, the facility on-site is modern, having been refurbished and reopened in December 2017. It still retains its traditional look, as a three-tiered wooden building. The onsen has three stars in the Michelin Green Guide to Japan. 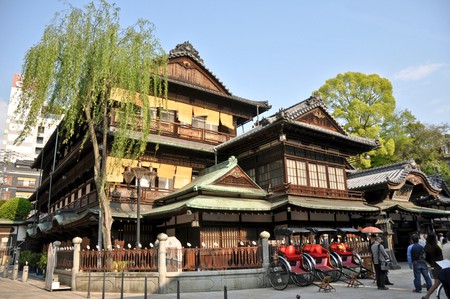 People have bathed at Dōgo Onsen for over 1,000 years | | © Delphotos / Alamy Stock Photo

There’s no official record of Izumo-taisha’s construction date, but records show that the shrine was in existence at least as far back as 700CE. A row of pine trees and an ornate wooden gate lead the way to this ancient structure, which is dedicated to the deity Okuninushi no Okami, the creator of Japan and the god of relationships and marriage.

As well as the oldest shrine, Izumo-taisha is also one of Japan’s most important; the Kamiari Festival takes place here every year. Shinto belief holds that all the deities meet at this temple once a year, usually in November, and the festival sees huge numbers of visitors flock to Izumo-taisha. 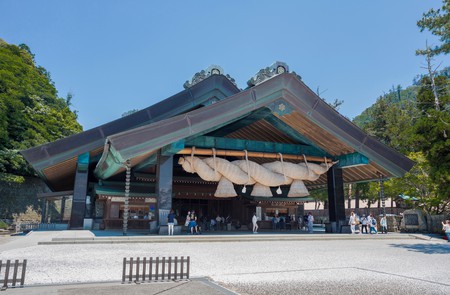 Founded in 1160, Tsuen Tea in Uji, near Kyoto, is the oldest working teahouse in Japan. Still in its original spot next to the Uji Bridge, Tsuen serves a variety of fine green tea.

The current building has remained unchanged since 1673, and the Tsuen family have been serving tea in this spot for 24 generations. You’ll find antique jars, low beams and a traditional kitchen well.

The Uji area itself is synonymous with tea, as its warm climate allowed tea plants to flourish in the region. 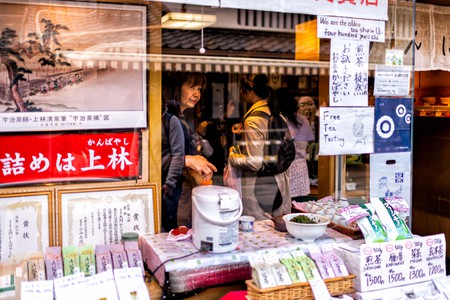 Uji is a huge tea-producing region, with Tsuen its longest-serving teahouse | | © Andriy Blokhin / Alamy Stock Photo
Give us feedback