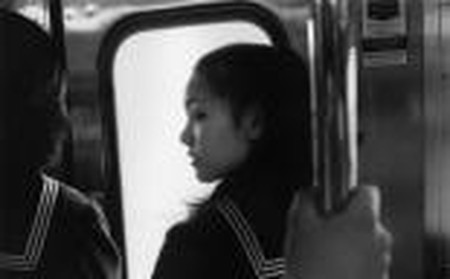 Daido Moriyama’s unique and gritty aesthetic is why he’s known as one of the master photographers of the 20th century. His grimy, captivating, and brutal images of Tokyo’s dark underbelly portray a whole country’s socio-political state. Culture Trip explores the early production and later developments of the acclaimed Japanese street photographer.

In 1972, Japanese photographer Daido Moriyama published a book called Shashin yo Sayonara, translated into English as Farewell Photography. Enigmatic and seemingly innocuous, the title actually summarized an entire, revolutionary photographic upheaval. Contrary to what his fellow American and European photographers were doing with their well-composed, beautifully toned and elegiac pictures, Daido Moriyama started experimenting with an anti-photographic style. His blurry, grainy, out of focus, starkly contrasted pictures, often unbalanced and even casually framed, were a laugh in the face of what was then traditionally considered a good photograph. ‘Clarity isn’t what photography is about,’ Moriyama objects. 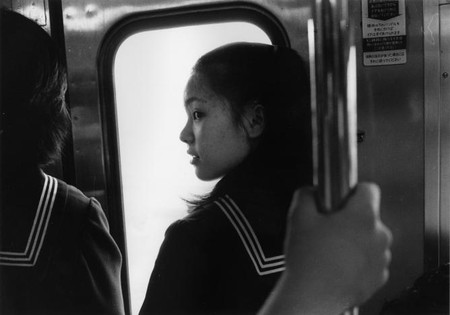 Moriyama’s career began in 1961 when he moved to Tokyo to join the legendary VIVO group of photographers, which, however, dissolved only a short while later. The role of Japan’s capital city in Moriyama’s work is far-reaching. Post-Second World War, Tokyo, and Japan more generally, experienced a phenomenal economic growth, which vastly impacted the city in every way. In particular, the strong urbanization caused Tokyo’s street life to boom, and Daido Moriyama, then in his twenties, was irresistibly drawn to it.

One of Daido Moriyama’s major influences was the work of American photographer William Klein. Between 1956 and 1960, Klein published four photography books, each dedicated to the street life of an international capital: New York (1956), Rome (1959), Moscow (1960) and Tokyo (1960). The street scenes captured in Klein’s pictures – in particular those in New York, a book that turned out to be highly influential – inspired Moriyama to go out and take more and more photographs: ‘I was so touched and provoked by Klein’s photo book, that I spent all my time on the streets of Shinjuku [one of Tokyo’s wards], mixing myself in with the noise and the crowds, doing nothing except clicking, with abandon, the shutter of the camera.’ 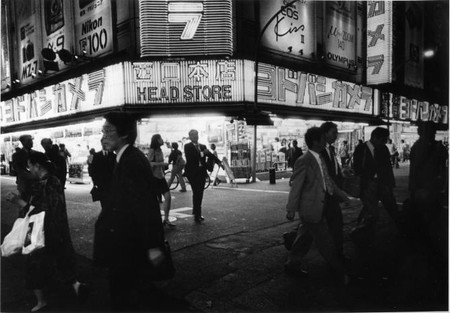 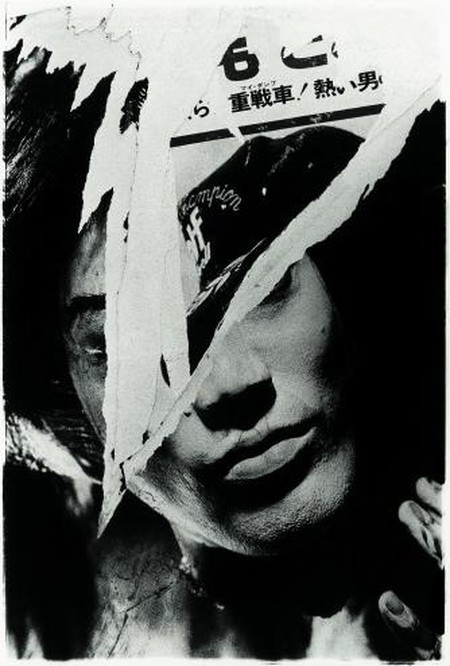 Still in the 1960s, Moriyama was part of a group of left-wing photographers who were critical of Japan’s post-war westernization or, better yet, Americanization; in several of his images, for example, Moriyama photographed rows packed with American products on the shelves of Tokyo’s supermarkets. What these photographers had in common was the use of a style that intentionally broke away from the style that was conventionally accepted at the time by the photographic intelligentsia, and was identified with the expression are, bure, boke – grainy, blurry and out of focus, in reference to the three main characteristics that distinguished the group’s images. In doing so, they translated their dissatisfaction or agitation with the rapid changes of Japanese society to a visual level. However, their protest was also exquisitely artistic, and questioned the conception of photography altogether. Refusing the idea that the photographic medium could only be used to produce archival documents, through a radicalization of style these photographers were putting an accent on its image-making capability.

The are, bure, boke aesthetics were cemented and turned into legend through Provoke, a photography magazine of only three issues (published between 1968 and 1969) which, however, made the history of photography for the radical photographic content found on its pages. Not coincidentally, the magazine’s subtitle read ‘provocative documents for the sake of thought’. Although Moriyama was not among Provoke‘s founders, and only contributed to the second and third issues, he remains the most memorable and influential of the photographers who participated in that experience. But he didn’t stop at Provoke. Over the years following the magazine’s last issue, he brought the dramatisation of the are, bure, boke style to the extreme; and, more specifically, to the point that his street photographs became almost completely abstract and illegible. In 1972, the aforementioned Farewell Photography was published. Daido Moriyama’s mission was achieved: photography had been destroyed. 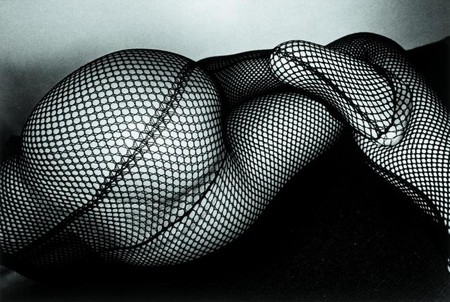 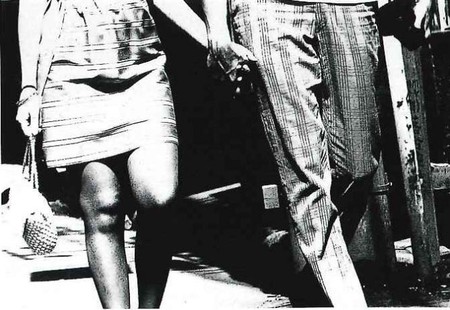 Moriyama’s influence on subsequent generations of street photographers is paramount. Although he owes much to William Klein, his beloved dark, grainy aesthetic has become a signature of Japanese photography by way of his prolific production and numerous photography books. In one of Moriyama’s photographs associated more than any other with his name, Stray Dog (1971), the eponymous stray dog turns his head to the camera. Like the dog, Moriyama has searched Tokyo’s streets for visual nourishment; and it comes as no surprise that another important influence was not a photographer, but writer Jack Kerouac, the author of On the Road. Both Moriyama and Kerouac, although with different mediums, put the journey at the centre of their work; wandering was their way to explore the world. 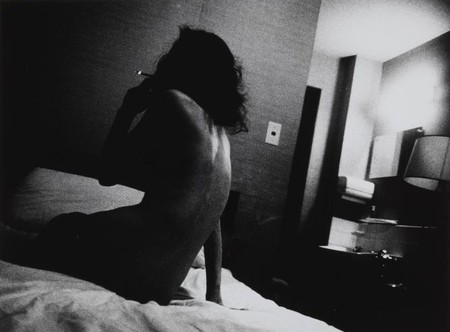 Convinced, along with the Provoke photographers, that anything can be made into an image, Moriyama never cared for what the French master Henri Cartier-Bresson defined as ‘the decisive moment’. His approach to photography always had pure vision at its roots: ‘for me photographs are taken in the eye before you’ve even thought what they mean. That’s the reality I’m interested in capturing.’ This so potently shines through Moriyama’s body of work, a collection of images carved out of Tokyo’s street life that is mostly insignificant in terms of narrative content, but incredibly suggestive on the emotional side. Much like a superhero of the photographic arts, while out in the streets Moriyama seemed compelled to click the shutter with a heightened sense of vision, over and over again, relentlessly and instinctively, moved to action by the fragments of the (tragic) beauty found in Tokyo’s dark underbelly.