Could This Japanese Self-Help Phenomenon Take off in the West? 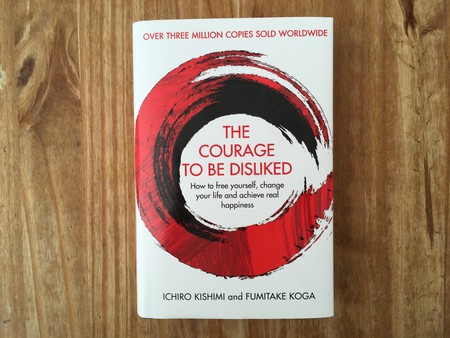 The Courage To Be Disliked | © James Gates

An extraordinary self-help book from Japan has been translated into English, but why has it been embraced by the Japanese? What can it offer readers in the West?

The Courage To Be Disliked: How to Free Yourself, Change Your Life and Achieve Real Happiness is not your typical self-help book. There are no to-do lists or bullet points for one’s daily routine. The reader is not advised at any point to stretch or meditate or go vegan. There is no mention anywhere of buzz-words like ‘authenticity’ or ‘manifesting’. However, this unorthodox tome has been a phenomenal success at home, with over two million books sold, and it could well repeat the trick now that it’s been released in the West.

The Courage To Be Disliked is a collaboration between acclaimed author Fumitake Koga and Ichiro Kishimi, a Kyoto-based academic and psychiatric counsellor. It draws heavily from the work of Alfred Adler, a nineteenth century Austrian psychologist and contemporary of Sigmund Freud. Adler’s theories were antithetical to Freud’s, where the latter believed in past trauma as the cause of unhappiness, the former believed the opposite: we are unhappy not because of what happened in our past, but because we deliberately use past experiences to justify how we feel in the present. In other words, we willingly create our own unhappiness, but also have everything we need to start living differently.

The book employs an unconventional approach to its subject, playing out as an imagined dialogue between two characters: an elderly Adlerian philosopher and a young man, who comes to him looking for answers to his own profound unhappiness. The youth acts as a sort of proxy for the reader – through him, we discover more about Adler’s theories on how to be happy. As the young man attempts to dismantle ideas he regards as ludicrous, the philosopher gently clarifies and applies meaning to them, enabling us to understand not just the core of the book’s argument, but how to apply it to our own lives. This conversational format exists as a nod to ancient Greek Stoicism, which itself has links to Adlerian theory; like Socrates, Adler had little time for literary activities and much preferred to explore ideas via a good old-fashioned chat.

Have you got The Courage To Be Disliked? Today we publish the book by Ichiro Kishimi & Fumitake Koga, which has already sold over 3 million copies in Asia. https://t.co/8SaTiJDrUe pic.twitter.com/pR8nwjKWqO

While the book’s appeal is universal, a few sections are particularly relevant to Japanese culture. Key to Adler’s argument is the idea that interpersonal relationships are the source of all our troubles. Our need to please others or worry how they will see us contributes directly to our own lack of self-worth. This is a theme that resonates with millions in Japan, where social dogma means that one must constantly strive for recognition and fulfill others’ expectations, whether it’s a parent, teacher, partner or boss. Appearances must be kept up at all times, even while your own heart is breaking.

The idea of a young man plagued by upset is commonplace in Japanese society, where gender politics are still catching up with the West. Men are encouraged to bury their emotions at every opportunity, and the results have been disastrous. Interestingly, a recent TV adaptation of the book in Japan re-framed the protagonist as a female police detective, who lives by an Adlerian approach as a means of encouraging more women to embrace the book’s ideas.

While the book is distinctly Japanese in parts, there is much in it that will resonate with Western readers. An overriding culture of narcissistic individualism and toxic social media means that many of us are perpetually weary of saying or doing the wrong thing, lest we lose face among our peers. The book states that if we could summon the courage to realise that what others think of us is completely beyond our control, and grant ourselves greater freedom in not having to please everyone all the time, then we would edge ever-closer to lasting happiness. 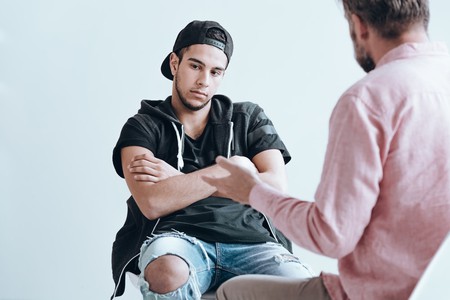 The authors are also very clear that Adler’s teachings shouldn’t be misused for selfish or nihilistic ends. There is no merit, the book says, in becoming a misanthropic shut-in, who refuses to engage with others or use social anxiety as an excuse to avoid human interaction. The Philosopher explains in the book:

‘Just find your shortcomings, start disliking yourself, and become someone who doesn’t enter into interpersonal relationships. That way, if you can shut yourself into your own shell, you won’t have to interact with anyone, and you’ll even have a justification ready whenever other people snub you. That it’s because of your shortcomings that you get snubbed, and if things weren’t this way, you too could be loved.’

The Courage To Be Disliked isn’t just about how we can make ourselves happier, Adler believed strongly in being of use to others and fostering a sense of place in one’s community (unorthodox chap that he was, he took the term ‘community’ to encompass the entire universe and all of time and space). The book also does away with a need to meet a singular goal as a way of fulfilling ourselves. We should regard life as a series of moments in which we are perpetually ‘dancing’, as this excerpt explains:

‘YOUTH: It’s enough if one can dance in the now?

PHILOSOPHER: Yes. With dance, it is the dancing itself that is the goal, and no-one is concerned with arriving somewhere by doing it. Naturally, it may happen that one arrives somewhere as a result of having danced. Since one is dancing, one does not stay in the same place. But there is no destination.’

A brisk read at 272 pages, The Courage To Be Disliked can easily be consumed in an entire day, but its insightful, humanistic ideas will linger in the minds of readers. It’s a self-help book of the most unusual variety, but by empowering people to realise that they hold all the keys to unlocking genuine happiness, it’s also one of the most worthwhile things you’ll read all year.