The Best Hotels in Shinagawa, Tokyo 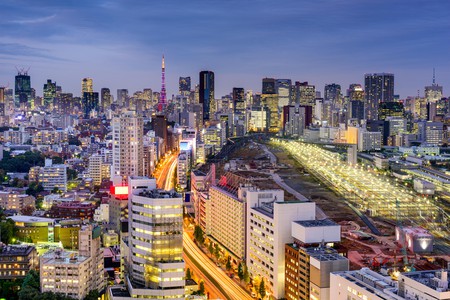 Home to plenty of family-friendly attractions, nightlife and shopping complexes, Shinagawa is a great place to stay if you’re travelling with guests of all ages | © Sean Pavone / Alamy Stock Photo

With embassies, company HQs and museums, Shinagawa – in the northwest corner of Tokyo Bay – can feel rather grand and formal. But you’ll find tranquil vibes and traditional hospitality among the skyscrapers at these hotels in Shinagawa, all bookable on Culture Trip.

This Tokyo ward has much to recommend it for a stay, least of all a handy location – by one of the city’s best-connected train stations, sewing up classic must-see capital sights as well as a bullet train line for jaunts down to Kyoto or Osaka. Great restaurants, shopping and even a smattering of museums and gardens give you reason to stay local, though. Whether you’re after a glossy skyscraper hotel or a wallet-friendly crash pad, here are the best hotels in Shinagawa. 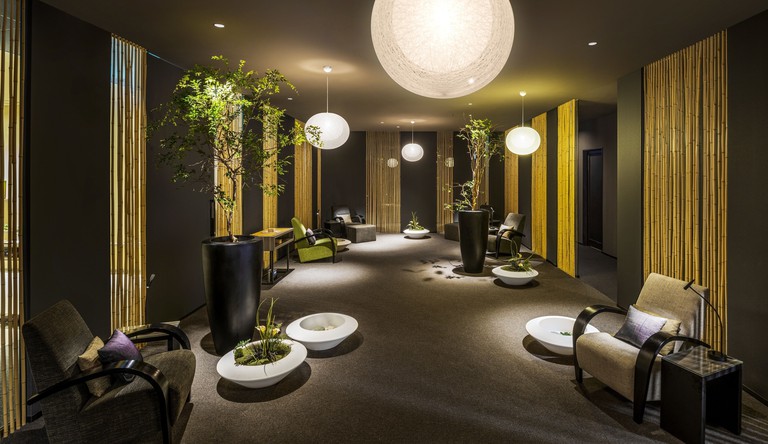 Steps from brilliantly connected Shinagawa station, the Prince Sakura Tower overlooks a rare patch of Tokyo greenery – Takanawa Mori No Park – and delivers serene rooms with appropriate garden touches, including green throw pillows and cherry blossom-print carpets. The tranquil vibe continues over a visit to the spa, with a sauna, soothing foot baths and shoulder-unclenching massages. Business traveller? Make use of the executive lounge working space.

The Strings by InterContinental Tokyo 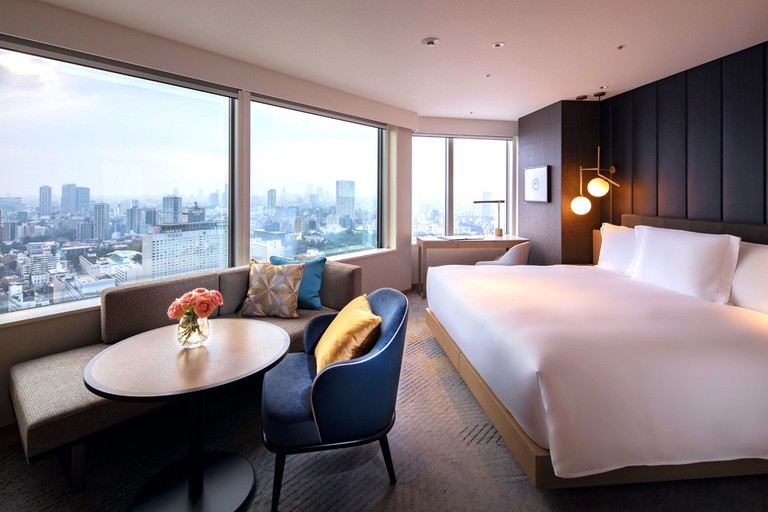 Club rooms at the Strings offer fantastic views, as well as access to the Club Lounge | Courtesy of The Strings by InterContinental Tokyo / Expedia

Sleep in ahead of your Kyoto-bound bullet train when you spend the night at the Strings, which is mere steps east of Shinagawa station. Or just take the extra time to enjoy the hotel facilities: a fitness centre with big windows overlooking the city sprawl; a range of restaurants that hops from Italian to Chinese to teppanyaki (grilled meat and seafood). Club rooms on upper floors combine prime views with the excellent club lounge, home to daily breakfast, afternoon tea and free-flowing champagne come evening. 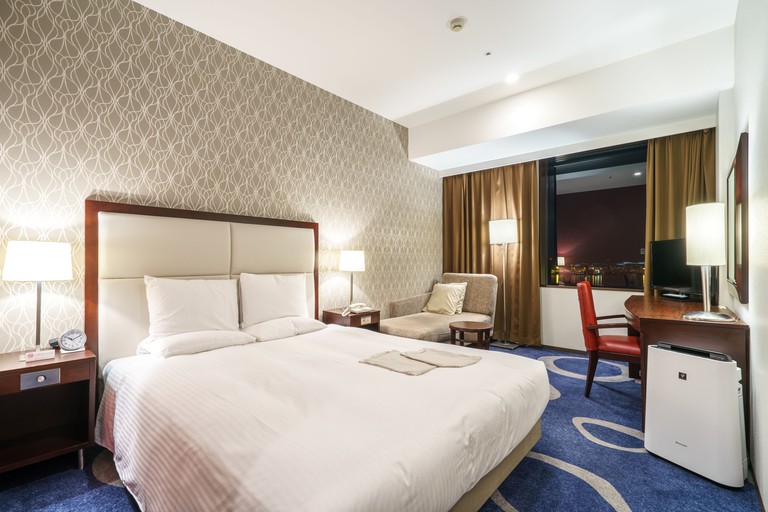 Overlooking the watery jumble of Tokyo Bay, Sotetsu Grand Fresa has rooms from the 17th floor up – which means you can bet on impressive vistas and plenty of natural light. Suites themselves are classically styled and more functional than high-fashion, but with free bath salts, soft waffle-print PJs to borrow and bottomless tea, that’s not a deal-breaker. As you feast on your buffet breakfast, watch planes take off and arrive into nearby Haneda Airport. 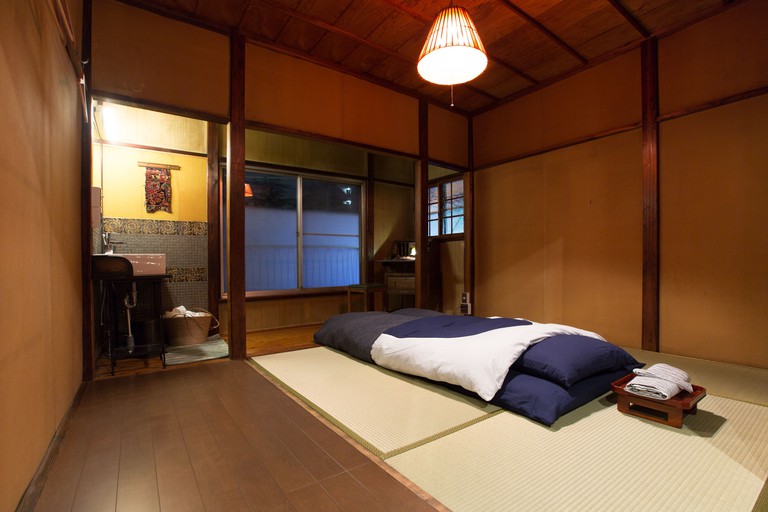 After traditional vibes in the heart of modern Tokyo? Bamba Hotel, near Shimbamba Station, is set in a cosy building and channels exactly the style you’re seeking, with tatami mat floors, wooden detailing, soft lighting and a smattering of antiques (from abroad as well as Japan). Great for families, the folk house is hired out as a whole, so you’ll really get the sense of what retro Japanese living is like, from the first-floor tea room to the second-floor bedrooms, separated by a curtain. 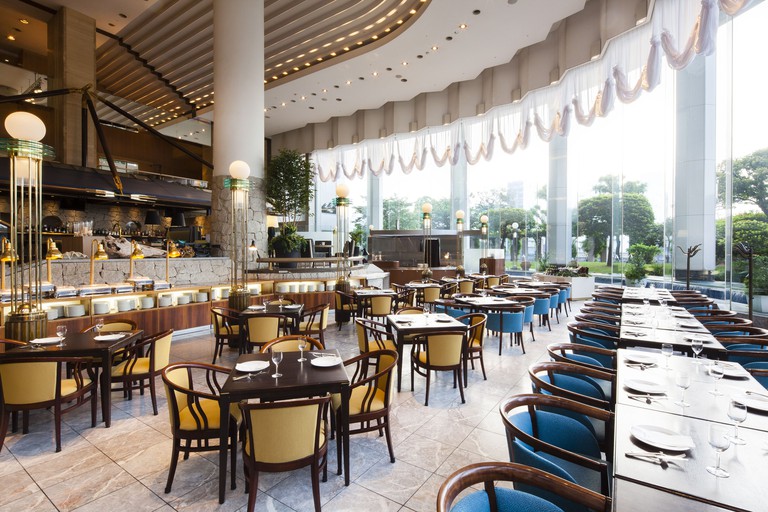 The hotel's Grand Café is the perfect spot for your morning coffee, or to spend time catching up on emails | Courtesy of Daiichi Hotel Tokyo Seafort / Expedia

Perched on a tip of land, carved by the waters of Tokyo Bay, Dai-ichi Hotel puts waterfront living front and centre. Book a suite with wraparound windows and you’ll fall asleep to twinkling lights across the harbour, then rise to the sight of passing vessels. A highlight is the Grand Café – a communal restaurant and coffee shop space with a soaring ceiling and views to greenery and bay, perfect for a morning fuel-up or an afternoon of co-working. 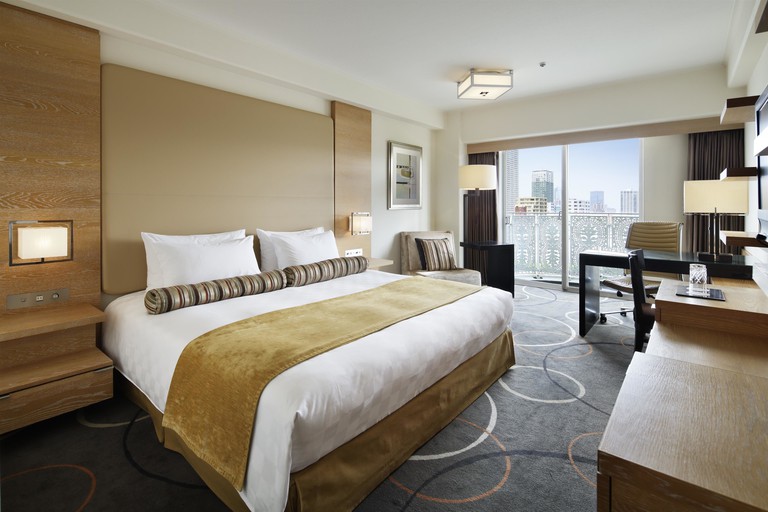 Rising from the immaculately landscaped grounds of 4ha (10 acres) garden Takanawa Mori No Park, this large hotel – there are more than 900 rooms – majors on amenities, with two outdoor pools (one for adults, one for families), business facilities galore and an entire restaurant wing. There’s even a chocolate shop here, for a quick dose of something sweet before you head out exploring. Upgrade to a club room, and you can use the working lounge at next door’s sister hotel, the Prince Sakura Tower Tokyo, too. 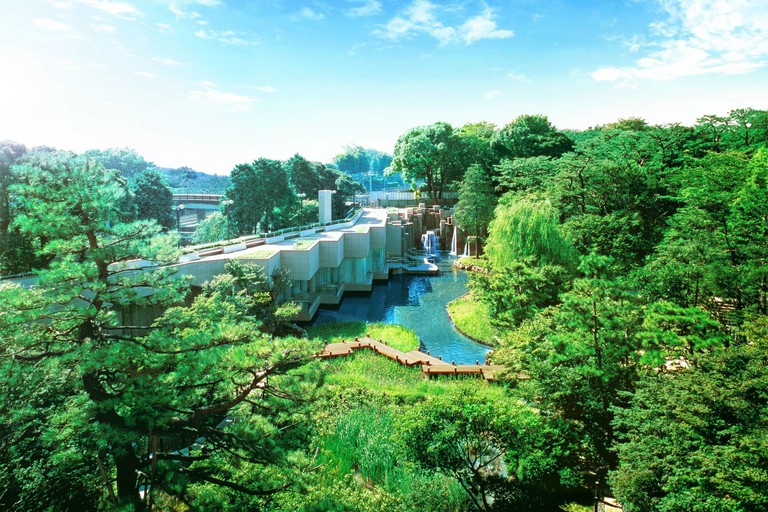 Backing on to Gotenyama Garden – a gently sloping green space studded with sakura trees – the Tokyo Marriott towers deliver sleek modernity and friendly service. Cream walls in rooms are joined by judicious pops of colour: velvety purple chairs or burgundy lampshades. A gym lets you work off the calories in between Tokyo feasts, while pastries at the in-house coffee shop, GGCo, or cocktails at Lounge & Dining G help you put them back on. 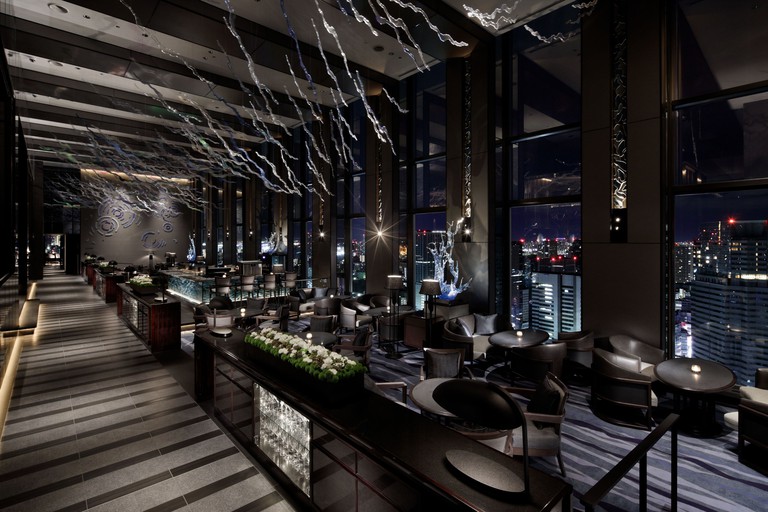 Looking for a hotel with a karaoke room built in? The Shinagawa Prince Hotel East Tower is your pick – 24 private booths are on hand so you can belt out your choice of tunes up until 4am. Other reasons to stay put include the vast selection of restaurants (modern Japanese to Hawaiian coffee); bowling alley; cinema; pool and aquarium. There’s even indoor golf practice and tennis courts to keep you distracted from conventional sightseeing. 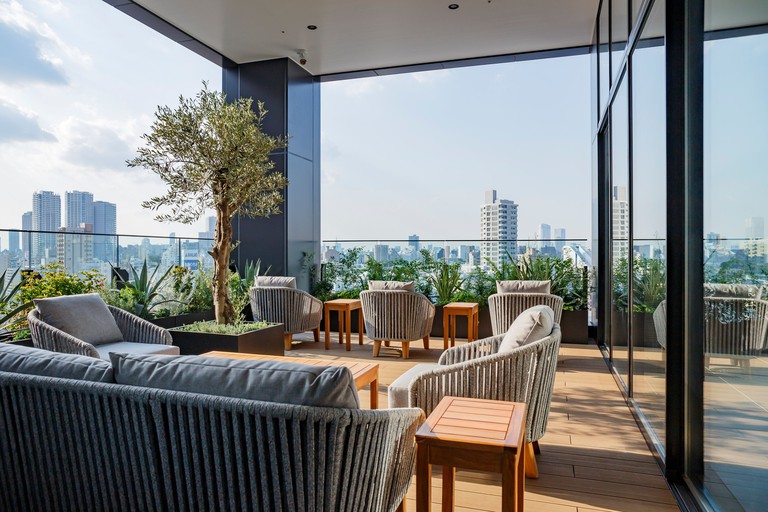 Buzzy Gotanda, with izakayas (Japanese gastrobars) and karaoke bars, is one of Shinagawa’s nightlife pockets, but with all the tranquility to be found at Mitsui Garden Hotel, you might not know it. An al fresco bathing area overlooks the city twinkle, while soothing teas are served up on a greenery-fringed terrace. Even the welcome drink, taken on the 15th-floor sky lobby – ringed in windows – is a restorative veggie water. The modern rooms are dressed in greys, blues and whites. 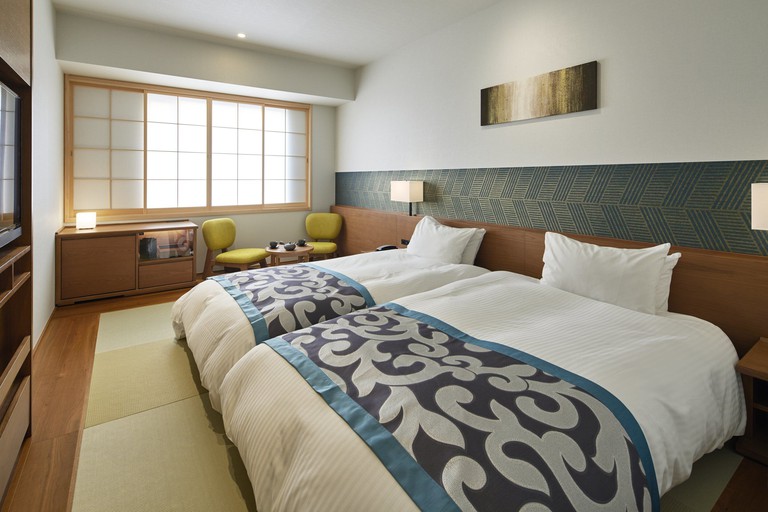 Manga fan? You can book bedrooms themed after Sanrio character Cinnamoroll at this pad near Oimachi Station. Other rooms are painted in candy pastel colours – mint green, lilac or peach. Indulge in the fourth-floor public bath, then fuel up on a buffet breakfast and head out to explore; besides all the attractions of Tokyo on your doorstep, Japan’s second-largest city, Yokohama, is a breezy 30-minute train ride away on the Keihin-Tohoku line.

This is an updated version of an article originally by Lucy Dayman.