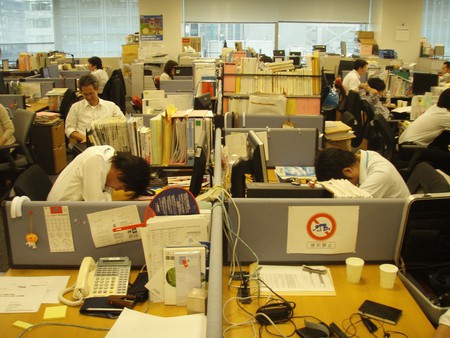 The concept of inemuri can be simplified as ‘sleeping on the job’, but a more accurate definition would be ‘being present while asleep’. Inemuri – sleeping at train stations, in class, on the steps of the mall – is a much more common sight in Japan than in America or Europe. And more than that, it’s socially acceptable. Delve further into the Japanese concept of inemuri.

People have been taking the odd nap in public since the dawn of civilization. But the more specific idea of inemuri really took off during Japan’s postwar economic boom. Japan’s economic miracle of the 60s, 70s and 80s saw the nation experience rapid growth and establish itself as one of the world’s major powers. Life was good for most. People had more money, they had jobs and they had money to spend on leisure. As a result, people became very, very busy. The Japanese prided themselves on being known as the hardworking nation that never sleeps. Who had time to sleep when there was money to be made, meetings to make and appointments to keep? 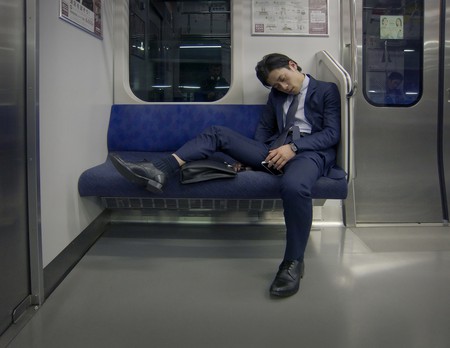 Salaryman asleep on the subway | © tokyoform/Flickr

Sleeping on the subway or at the office is the sign of a hard worker. In fact, your boss might even encourage it. Sleeping in class (while not nearly as acceptable) still carries the subtle suggestion of good intention from staying awake late the previous night to study. The general consensus on inemuri seems to be that, as long you aren’t trespassing, blockading or otherwise disturbing the peace, going to sleep is perfectly acceptable. A good comparison would be an airport. In an airport, people who are tired out from a long night are sprawled out, fast asleep, wherever they can. But the vast majority of people are not. The same is true for inemuri. 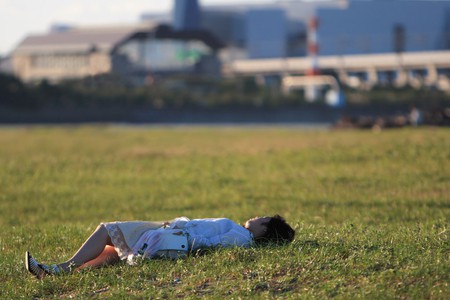 Taking a nap on the grass at sunset | © mrhayata/Flickr

Why is inemuri more acceptable in Japan than in other places? There isn’t any one reason. Many contributing factors come together to create an environment in which inemuri fits in comfortably. One is that the Japanese are simply hardworking people. Unlike Europe and America, working overtime is part of the work culture in Japan, and most office workers pull ten hours or more each day. Suddenly, a quick nap on the bench or on the train home is much more inviting. The second most common situation in which inemuri is present is in the nightlife districts of Shinjuku and Shibuya in the early morning hours. The Japanese rely heavily on their public transit system. After a night of drinking, it’s common to see men sprawled out on steps, public benches or even the floor, sleeping while they wait for the trains to start running again.

Inemuri can be compared to the 21st century phenomenon of FOMO, or ‘fear of missing out’. People experience FOMO purely from the fact that they can’t be everywhere at once. If one misses a friend’s dinner party in order to attend their grandmother’s 88th birthday party, they would experience FOMO, and vice versa. It’s inescapable. In the modern era, there are just too many things to do, so many opportunities that never existed before. It’s impossible to live one’s life without ‘missing out’ on something, simply by virtue of existing. This is where inemuri comes in. To be ‘present while sleeping’ – even though they may be asleep on the subway after working late, or dozing through that early morning meeting, the potential to be present is much more real. So, inemuri could be considered a manifestation of FOMO, or at the very least, a modern phenomenon in the same vein. 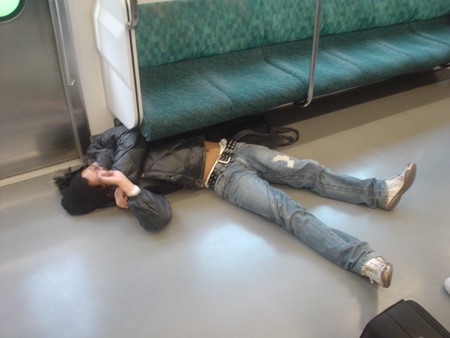 An extreme case of inemuri on the train | © Fluffy.nss/WikiCommons
Give us feedback