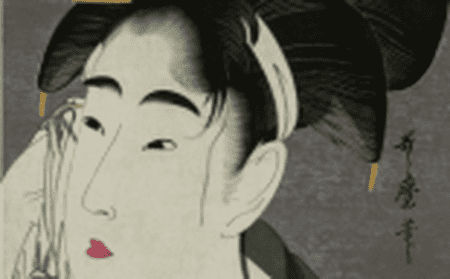 Japan’s ukiyo-e artists influenced taste and fashion through their depictions of urban life in 18th and 19th century Japan. Through the dissemination of their woodblock prints, these artists of the floating world would also leave a lasting mark on the development of European art. Stephanie Chang Avila looks at the development of this technique and how it helped shape the emergence of other art forms. 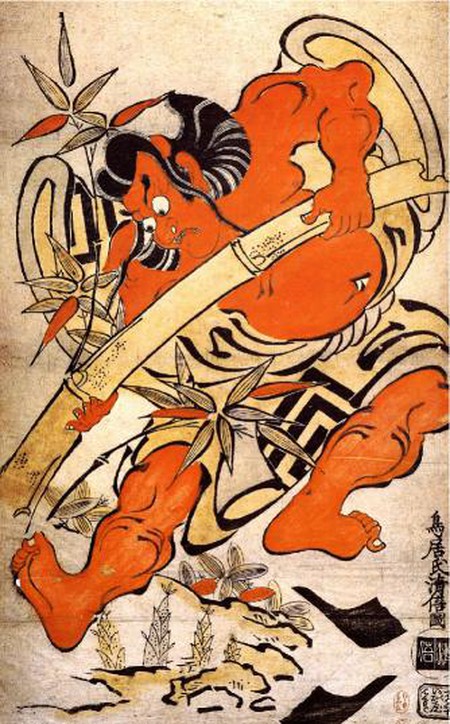 Woodblock printing is an artistic genre that developed in Japan during the Edo period (1603-1867). Over two centuries, many different regional schools developed, each with its own specialization and stylistic markers. Influential schools included the Torii School, Katsukawa School and the Utagawa School. In spite of being low in social status, the greatest of the ukiyo-e artists helped define the tastes and fashions of their age as they captured the scenes and characters of urban life, from kabuki actors to courtesans. Ukiyo-e artists such as Utamaro and Hokusai have also been credited with being influential in shaping the direction and development of Western art.

Harunobu introduced the convention of creating vibrant, full colored prints that appeared to breathe life into all the subjects he depicted: from beautiful, well-coiffed women dressed in the latest fashions engaged in various activities of leisure to kabuki actors and characters drawn from the fabric of everyday life in Edo. Stylistically, Harunobu’s women are defined by their lithe, thin bodies that embody an eternal girlishness. Harunobu’s prints particularly catered to his wealthy patrons in the capital Edo, from samurai to members of the newly wealthy merchant class. 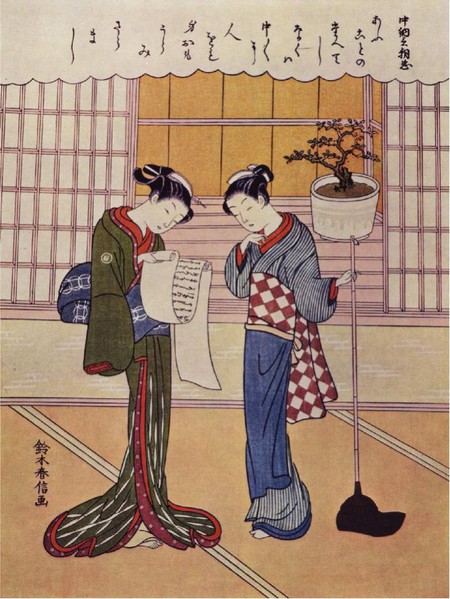 Highly successful as a woodblock print artist during his own time, Utamaro’s influence and reputation has only grown as his works spread to Europe in the latter half of the 19th century. Producing some two thousand print designs over his career, Utamaro is particularly famed for his depiction of beautiful women, one of the key subjects of ukiyo-e prints. Whether in groups or singly, Utamaro subtly sought to capture the individual personalities women. 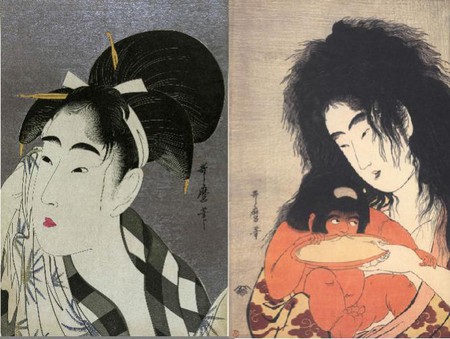 Over the seven decades of his artistic career, Katsushika Hokusai left an indelible mark on art of both the East and the West. Situated in a particularly fraught time in international politics, Hokusai lived and worked at the waning of the Edo period as the isolationist policies of the Tokugawa shogunate came under intense pressure from the West. Whilst Hokusai produced works in all the standard subjects of ukiyo-e prints, he is best known for pushing coloured woodblock printing into the genre of landscapes. Hokusai is particularly well known for his Thirty-Six Views of Mt Fuji and, especially, the single print from this series entitled ‘The Great Wave off Kanagawa’. The influence of Hokusai in the West can be seen in the works of Degas, Monet, Gauguin and Whistler, as well as in the development of Art Nouveau in Europe. 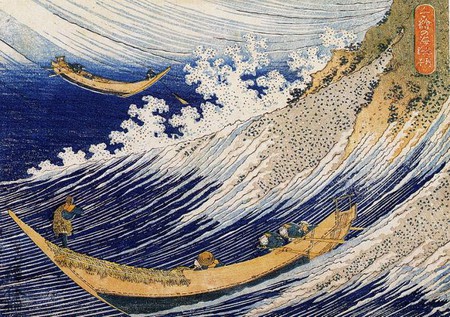 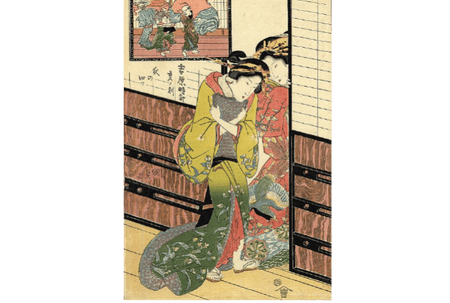 Utagawa Hiroshige is, along with Hokusai, arguably the best known ukiyo-e artist in the West. Hiroshige was born into a samurai family whose duty was to protect the royal residence, Edo Castle, from fire. In spite of his official duties, Hiroshige showed a precocious talent for art and, along with Hokusai, transformed ukiyo-e into a medium for depicting landscapes and scenes of everyday life in and around Edo (now Tokyo). Hiroshige’s prints proved immensely popular among the capital’s growing urban population as tourism and travel became prime activities of leisure for the Edo middle class. The Fifty Three Stations of the Tōkaidō series, one of Hokusai’s more popular works, paralleled Hiroshige’s own travels along the eastern sea route. One Hundred Famous Views of Edo, published from 1856-59, allowed the Japanese to travel vicariously to the nation’s capital, and depicted some of the iconic views and landmarks in and around the city. 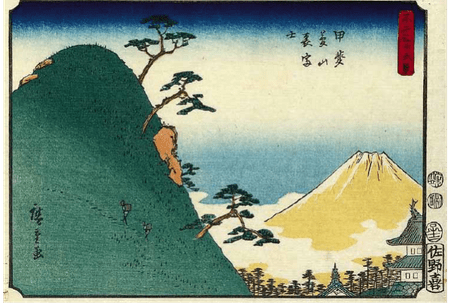 Printmaking, enabled the widespread distribution of works by the ukiyo-e artists, allowing them to have far-reaching influence. This allowed for the Japanese populace to indulge in vicarious travels to national landmarks. In both Japan and abroad, the works of Japan’s ukiyo-e artists would prove immensely influential, as the French Impressionists and Post-Impressionists absorbed the radical perspectives and framing introduced by these artists. These visual innovations would be assimilated into the works of artists like Edgar Degas, Gauguin and Van Gogh, pushing Western art towards the representational fractures that would give birth to Modernism and Abstraction. 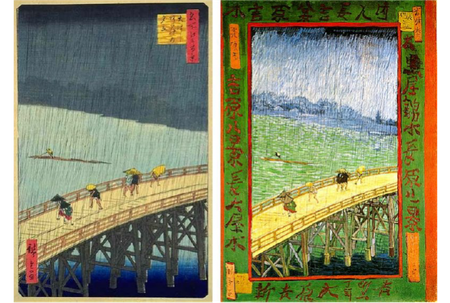