An Intro To Japanese Music In 5 Artists 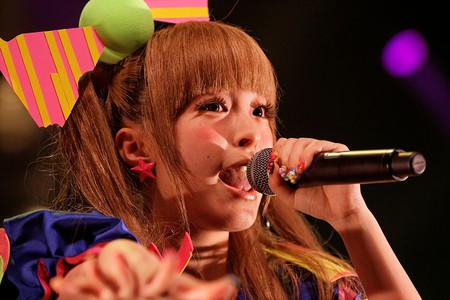 Japanese music today is known around the world for its elaborate costumes, catchy pop music beats and one-off viral success. But this is just a shallow and simplistic view of a complex artistic industry. From visual-kei to decora, video game theme songs and the Empress of J-pop, get introduced to the fascinating world of the Japanese popular music scene with these five artists.

Miyavi is the stage name of singer-songwriter Osaka-native Takamasa Ishihara. His lengthy career began in 1999 as a guitarist for a visual-kei (gothic glam-rock, referring to an appearance rather than sound) band known as Dué le Quartz before going solo in 2002. As a soloist, Miyavi was lauded for his unique guitar-playing skills, or ‘guitar-slapping’. He played around with acoustic pop for years before getting more into an electronic rock style. In 2008, Miyavi’s third top ten single hit the charts. He embarked on a near sold-out world tour, This Iz The Japanese Kabuki Rock Tour, which would turn out to be the most successful tour of any Japanese artist in history. Today, Miyavi continues to be active in the music scene, and has recently branched out into acting – you’ll recognize him as Imperial Japanese Army sergeant Mutsuhiro Watanabe in the 2014 Hollywood hit Unbroken.

Miyavi’s stage costumes toned down after the birth of his daughter.

Utada is a Japanese-American singer-songwriter. In 1998, her first album First Love sold over eight million copies in Japan, becoming the best-selling Japanese-language album of all time. Throughout her career, she had 12 singles reach Number One in the Oricon Singles Chart, and three of her albums listed as the Top 10 best-selling albums in the country. But Utada’s fame is not solely in Japan. Her songs Passion/Sanctuary and Hikari/Simple and Clean (with versions in both Japanese and English) were selected as the opening themes for the Disney-Square Enix joint venture video game, Kingdom Hearts. The games are critically acclaimed and commercially successful worldwide, which only helped to further Utada’s fame outside of Japan. Though she took a break to start a family, she remains active to this day, and her new album Fantôme will be released in Japan at the end of September, 2016.

Passion (called Sanctuary in English) was the theme song for Kingdom Hearts.

Kyary Pamyu Pamyu is the face of Harajuku decora culture. Her global fame has led to international media outlets dubbing her ‘The Harajuku Pop Princess’. Kyary – who keeps her real name a secret – actually began exploring the entertainment industry as a fashion blogger before modeling for Japanese magazines like Kera!. From there, her success continued to snowball – from producing a line of fake eyelashes to appearing on local fashion shows – until she met a music producer at his club event. He encouraged her to debut as a musical act. Her first single in 2011, PonPonPon, became a viral internet hit worldwide, and was even featured on The Simpsons in the episode ‘Married to the Blob’. Her unique sense of fashion continues to pique the public’s interest; in 2016, she released a compilation album KPP Best and embarked on another world tour.

AKB48 is one of the highest-earning musical acts in Japan. The name comes from the the district where the group’s theater is located, Akihabara – shortened to Akiba – and 48 is the number of original members. These days, that number has soared to an astonishing 130. Besides the enormous number of performers, the other thing that sets this Japanese pop idol group apart is their performances. The concept was to have a musical act that people could actually meet and experience them. AKB48 performs daily at their theater in team rotations, hence the large number of members. Their music is also wildly popular, with over 30 singles topping the Oricon Weekly Singles Chart.

Affectionately called Ayu by her fans, this singer-songwriter is known by another moniker – ‘The Empress of J-pop’. Ayumi writes and produces her own music, and prides herself on her integrity in this respect. Her first album back in 1999, A Song for xx, went straight to the top of the charts and stayed there for five weeks. A star was born. Today, Ayumi is popular not only in Japan but throughout Asia, and her second remix album Super Eurobeat Presents Ayu-ro Mix is globally among the best-selling remix albums of all time.