A Guide To Being A Vegetarian In Osaka

Coming to Japan as a vegetarian can be a daunting prospect. A quick Google search brings up numerous articles on just how difficult it is, as apparently almost everything in Japan has meat in it. Most conclude that visitors will probably just have to pick their battles. However, with a little more planning and effort, anyone can remain completely vegetarian in Japan. 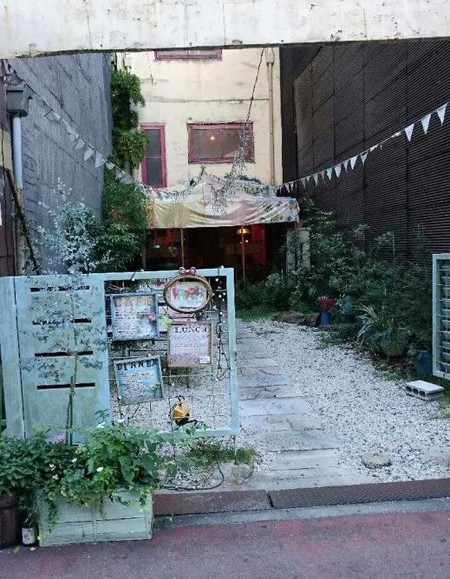 Why is it so tricky?

‘Watashi wa begetarian desu’: I am a vegetarian. These words are usually met with confusion and often with amusement. Despite the Buddhist influence in Japan’s history, vegetarianism isn’t a part of Japanese culture, and a lot of people simply don’t know what vegetarians do/don’t eat. As an island nation, fish really is a staple in the Japanese diet.

How to do it

Learn some Japanese. Try to get confident with phrases to explain exactly what you do and do not eat. Be specific. Even if you don’t speak much Japanese, your effort won’t go unnoticed, and people will probably be more willing to accommodate you.

The Vegan Society produces a vegan passport which explains what you do and don’t eat, plus the reasons why. Try to speak Japanese first though. The jump from vegetarian to vegan isn’t so big in Japan, where dairy isn’t included in many dishes. If you have data, use the photo function on the Google translate app to take pictures of ingredient lists and menus. Get used to what some of the ingredients are; for example dashi will usually contain fish.

Keep it simple! You can order rice almost anywhere, alongside various boiled vegetables and edamame. Build your own meal out of side dishes. If you have a kitchen, you can make some fantastic vegetarian dishes using Japanese ingredients. Try Japanese vegetables like goya to add new flavors. You can also buy simple soba packs, cooked rice, salad, and edamame at almost every konbini, the most convenient convenience stores you will ever encounter!

Where to go in Osaka

Probably the most quintessentially Japanese vegetarian restaurant on this list, Rocca literally serves its own Rocca rice, which is organically grown in Japan! The restaurant itself has a set menu each evening, which is entirely vegetarian and often vegan, as dairy isn’t really used in such traditionally inspired dishes. Your tray will be beautifully arranged with an array of small dishes, from tofu to seasoned Japanese vegetables, based around miso and a generous serving of rice. The restaurant is set back in a quieter part of Osaka, away from the hustle of Umeda, and it is the perfect place to retreat after a day exploring.

Green Earth is Osaka’s oldest vegetarian restaurant. They serve a cheap and simple menu, including sandwiches/wraps filled with avocado and humous, a daily soup and some fantastic curries. Many of their dishes contain soy meats and everything can be made vegan on request. Not gourmet vegetarian food, but the perfect place to grab an inexpensive midday bite as it is just a short walk from the Shinsaibashi shopping district.

Run by a friendly Japanese woman who is keen to chat to her like-minded vegetarian customers, Le Coccole is an intimate restaurant with a wonderful atmosphere. All of the dishes are created using local, organic, seasonal ingredients. The patio entrance is adorned with bunting and candles, and there is seating outside that’s perfect for warm summer days.The atmosphere inside is cosy. From simple sesame rice balls with miso soup to more elaborate dishes, Le Coccole uses its ingredients creatively and busts the myth that Japan doesn’t do vegetarian food.