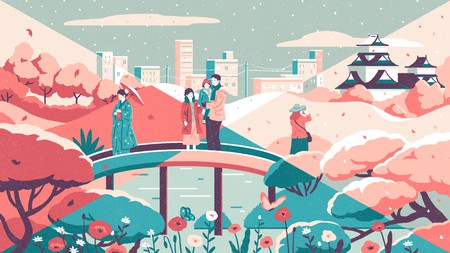 Choose when to visit Kumamoto with our handy seasonal guide!

It’s undeniable that Kumamoto is a great city to visit, but the question of the best time to go is more difficult. Like much of Kyushu (Japan’s southernmost island), Kumamoto has a humid subtropical climate. This means there are four distinct seasons, with cool winters followed by hot and humid summers that foreign visitors can find uncomfortable in episodes of extreme heat. Spring and autumn are long, with pleasant temperatures and an abundance of natural beauty. When you plan to go will depend on a number of factors, so read on to discover the unique elements for each season. 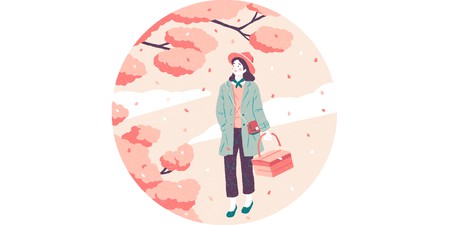 March to May sees average temperatures of 4.1C (39.4F) to 25.1C (77.2F). The record low temperature at this time of year is -10C (14F), but it’s rare to see temperatures below freezing. While not the wettest season, March and May are slightly rainier than most months of the year, with an average of 12 rainy days per month, rather than the usual eight to 10.

In early spring, you’ll want a jacket and even a scarf, hat and gloves for chillier days. However, by the end of the season, outer layers can be discarded in favour of T-shirts. This is perhaps the season where you’ll need the most diverse wardrobe because of the change in temperature, and with it being a little rainier than usual, carrying an anorak mightn’t be a bad idea. If you burn easily, you’ll need sun cream and a wide-brimmed hat by May.

Spring is picnic season, and a top treat at this time of year are the picnic bento boxes. Crammed full of intricately flavoured morsels, a bento is a lunch box that would have taken hours to prepare yourself but that can be bought cheaply in convenience stores and larger shopping centres.

Spring is cherry blossom season and the most popular time of year to visit Japan, meaning it’s also the most expensive and crowded time to visit. During spring, the country erupts in perfect pink blooms, starting with plum blossoms that are rapidly followed by the delicate sakura that are a symbol of Japan.

Hanami, the flower-viewing events that happen at the height of the season, grip the nation in cherry blossom madness. Public parks are awash with blue tarpaulin for impromptu parties, with sakura-flavoured snacks and drinks being popular picnic treats. Pay close attention to the cherry blossom forecast, which predicts when the blossoms will be at the height of their perfection, starting in the south in late March and ending in the north of the country around early May. In Kumamoto, the sakura bloom happens around early April, and it isn’t hard to find places to see them. 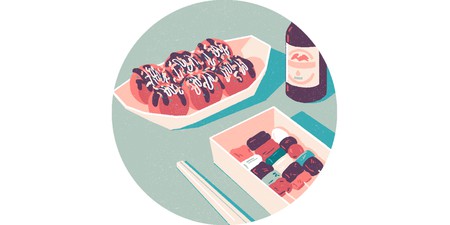 June to August sees average temperatures of 18.9C (66F) to 32.6C (90.7F). Global temperatures are rising, and in recent years the hottest summer days in Kumamoto have been edging toward 40C (104F). This is an important factor if you aren’t used to extreme heat, as just a few degrees can make the difference between uncomfortable and unbearable. Early summer is the wettest time of year, with around 14 rainy days per month. Late summer is also typhoon season, and although it’s rare for typhoons in Kumamoto to cause major damage, do keep an eye on the forecast as it gets into August.

In the warmest months, you want to keep cool but at the same time protect yourself from the sun and mosquitoes. Wearing loose clothing in breathable fabrics is a best option, as you’ll need to dress modestly when visiting temples or other religious sites. Locals often wear long-sleeved gloves and hats with a neck protector in the summer. If you’re visiting an onsen (Japanese hot spring) town, you might be tempted to don a yukata – these are lightweight kimonos that are easily slipped on and off between bathhouses.

Summer is snacking season, with parties and festivals to attend with street food stalls aplenty. If you’re after something sweet and cooling, try a yukimi daifuku – ice-cream balls wrapped in a skin of chewy mochi. For something more substantial, yakitori (meat on a stick) and takoyaki (octopus balls) are popular stall snacks at festivals.

The nearby onsen town of Yamaga has a wonderful Lantern Festival (15 and 16 August). Another onsen town near Kumamoto is Kurokawa, and well worth the trip. Alternatively, take a day trip to cooling coastal areas such as Shimabara or Misumi Port, heading toward Amakusa. 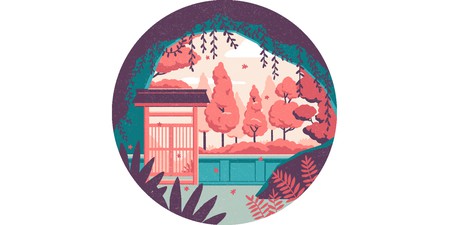 September to November sees average temperatures of 7C (44.6F) to 29.1C (84.4F). Autumn is the driest season, with an average of seven to 10 rainy days per month. September is the tail end of typhoon season, so keep an eye on those weather reports.

The start of autumn is still hot and humid, but by November you’ll want to pile on the layers again. After the blasting heat of summer, the autumn brings a welcome relief of comfortably warm temperatures.

Autumn is the peak time for seasonal produce in Japan and the perfect temperature to enjoy both summer and winter cuisine. Warming dishes with vegetables like taro, sweet potato, kabocha (Japanese pumpkin) and mushrooms are a popular choice. Or try nabe, a do-it-yourself hot pot served with wafer-thin slices of meat and local veggies. A horsemeat hot pot is a great way to sample the local delicacy if you don’t fancy basashi – raw horsemeat sashimi.

The most famous festival in Kumamoto, the Horse Festival sees horses parade through the centre of town in early September. While the cherry blossoms are undoubtedly the most spectacular natural sight in Japan, the changing of the leaves in autumn is a close second. Head to the hillside around Reigando Cave or Honmyoji Temple, or to Tatsuda Nature Park to see the city’s autumnal colours. 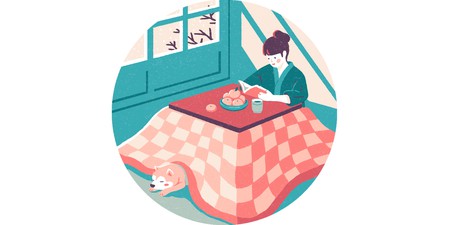 December to February sees average temperatures of 0.2C (32.4F) to 12.4C (54.3F). Snow isn’t an annual occurrence, with an average of just two snow days each year. While temperatures are mild in Kumamoto during the winter, you’re still likely to feel the cold on your trip. This is mainly due to the way Japanese buildings are designed. Central heating isn’t commonplace, and traditional homes (with shoji sliding doors) aren’t insulated. Many Japanese families will spend cold evenings gathered around a kotatsu – a low table with a blanket that runs around it and a heater underneath to keep your legs warm.

It can be cold enough to need a woolly hat, scarf and gloves in the winter, especially if it’s windy. These items can also be bought cheaply at one of the 100-yen stores in the city.

If you like spicy food, winter is the perfect time to try one of Kumamoto’s famous delicacies, karashi renkon. This hot dish comprises lotus root stuffed with and smothered in spicy mustard and makes a great side dish. If you didn’t try hot pot in autumn, now’s the time to enjoy a warming dish together with friends. And if you like to live dangerously, winter is fugu season, but do heed warnings about the poisonous pufferfish!

While Christmas may be a popular tourist time in other places, things tend to go a bit quiet in Japan. Domestic travel is centred around visiting family, and so tourist attractions are often empty – check for seasonal opening hours before you visit. It’s a great time to visit museums and art galleries, not only because of the lack of local tourists, but also to warm up if it’s a cold day outside.