A Sake Sommelier’s Tour of Tokyo 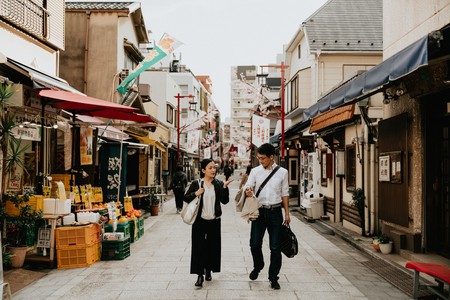 Sake can be surprisingly hard to find in Tokyo. You’ll see cheapo jars of throat-burning Ozeki One Cup in convenience stores, and on restaurant menus the equivalent of the house red and white, but hunting it down can be an incredibly fun way to experience the city. 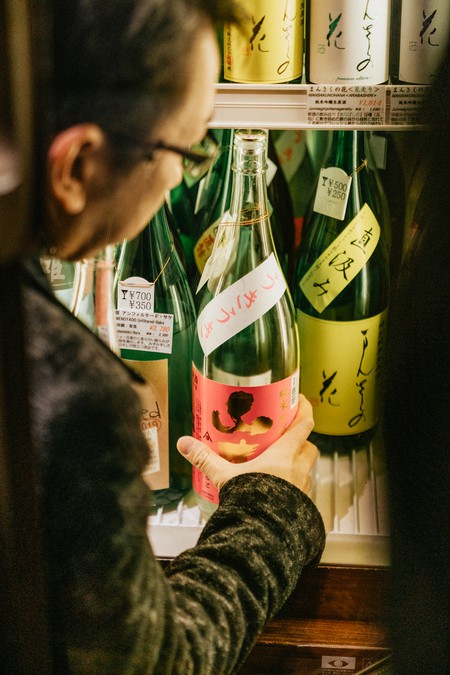 Satoko Ustugi has devoted her career to teaching visitors about the history and culture of Japan’s national drink and showing them where to find the good stuff in Tokyo. She’s petite and of an indefinable age – as is often the case in Japan – and has a calm, friendly presence, with a slightly mischievous edge to her smile. Before her popular one-day sake tour begins, you’ll find her setting out glasses and bottles in the Sake and Shochu Information Center in Shinbashi.

“I love the diversity of Tokyo,” she says. “Whatever it is you want to do, you have so many choices – so in terms of nihonshu, it should be one of the best places to try varieties from all over Japan.” With foreigners, Satoko generally refers to the drink as sake. But in Japanese, sake simply means “alcohol”, with the correct term for this specific drink being nihonshu (literally “the alcohol of Japan”). 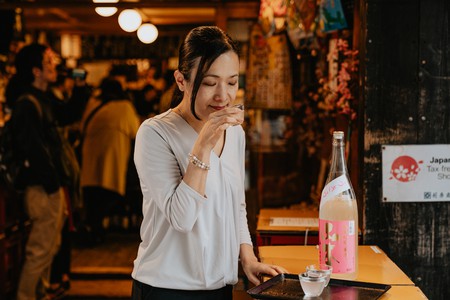 Before coming to Japan, most people assume that sake is available just about everywhere. But as it turns out, for years, nihonshu hasn’t been seen as a very ‘Tokyo’ drink. The city is modern, global, Western; sake isn’t.

“For years, I wasn’t particularly interested in nihonshu. Like many people, I kind of thought it was just an unsophisticated drink for older men,” Satoko explains. “Then, when I was in my 20s and working at an advertising agency, I was introduced to regional craft sake. It was eye-opening for me to find out that there were breweries in every prefecture with their own local style. I started to look into it more, try different types, travel to breweries, and eventually took a certification course with the Sake Service Institute.”

Eventually, Satoko took the major step of leaving her job – an unusual move in Japan, where the usual (or at least ideal) route is to start a career straight after university, working your way up until retirement. “Sake is the subject that I want to pursue as my life’s work. I see marketing as a key part of my work, organising events and running tours to promote nihonshu not only among Japanese drinkers but also foreign visitors.”

Though things are changing now – in part due to the efforts of passionate nihonshu fans like Satoko – the image of sake as old-fashioned and undesirable is still surprisingly common in Japan, and many need a come-to-sake moment to change their minds. 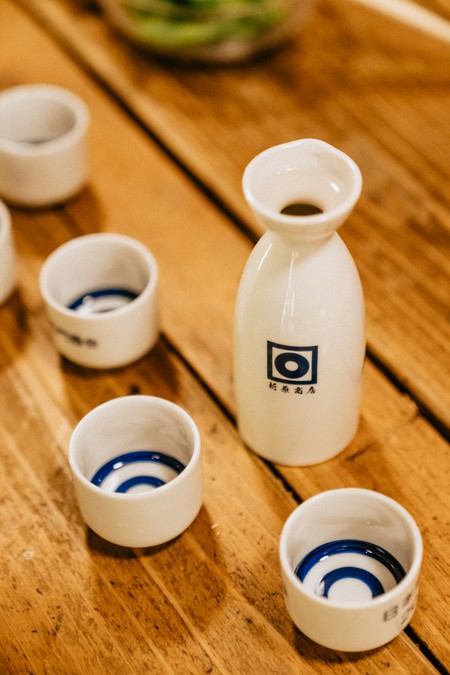 What exactly is sake?

As her tour guests arrive – a small group, with people from Europe, Asia and America – Satoko sets to work explaining the basics. What do they already know about sake? A pause, a tentative, “It’s rice wine?” She tells them that nihonshu is made by fermenting rice, a production process more akin to brewing beer.

Next, she holds up a bottle and starts explaining the label. This is more complicated than it sounds. She points to a number, which the group confidently guesses is the alcohol percentage. Wrong again – this is how polished the rice grains are. Highly polished rice makes for premium types of sake.

Each new bit of information is illustrated with a sample – the less-polished types taste earthier, the alcohol stinging the throat a bit more. These are the types that can be served warm (it’s a common misconception that the sake temperature should always be warm). The next glass contains a higher-grade nihonshu, much smoother and with a gentle aftertaste of melon; to heat this one would dull the flavour, meaning you miss the complexities.

She gives more information as the class goes on, starting with a good sake for beginners – smooth, fairly simple flavour profile, not too strong – and moving onto more complex ones. One of the biggest factors in the taste of nihonshu is the type of water. Soft water (nansui) often leads to a more nuanced flavour profile, as in Kokuryu sake, while hard water (kosui) lends a stronger mineral taste to sake brands such as Hakushika.

A sake tour of Tokyo

After an hour or two of intensive cramming on sake types and terms, the tipsy group leaves the Information Center. Satoko guides them from the wide, straight avenues of Shinbashi to Koto, where the streets are narrow and the old wooden buildings seem to lean against each other for support (though that could be the sake goggles).

First, Satoko leads them to Fukagawa Fudoson temple – in part to clear their heads before the next stop. However, it’s also a perfect spot to explain sake’s ritual role as an offering to the gods. At major shrines like Meiji Jingu, you’ll see huge barrels of the stuff, stacked on top of each other to form walls of sake, but even at the smallest roadside shrine or neighbourhood temple, you may see glasses or cans of nihonshu left out for the gods to enjoy.

Just down the road from Fukagawa Fudoson is Orihara Shoten, the next stop. Satoko explains that it’s a kaku-uchi, a small bar where you can taste the drinks arrayed around the room, get snacks to go with them and buy bottles to take away – similar to an Italian enoteca. It’s still light out, but already people are spilling onto the street, with the two wooden tables and limited bar space full. Inside, the walls are lined with shelves and fridges bearing all manner of sake bottles, from cloudy white ones with elegant labels to large green and brown ones daubed with complex kanji. In the corner are a few stacked traditional sake barrels. 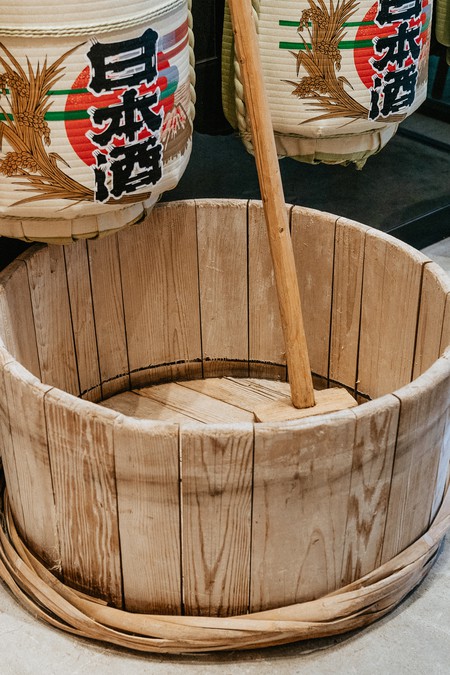 How to drink sake

“Can you remember which types you liked best, or shall I just bring over a few?” Satoko asks the group. They opt for a mix of styles – a karakuchi (dry) and an amakuchi (sweet) one, a sparkling sake, one flavoured with yuzu, and even a sweet-potato shochu, just for comparison – alongside some bar snacks of dried fish, potato salad and oden.

According to Satoko, sake seems to be on the upswing again, with more specialist bars and events appearing in Tokyo and around the country. “You’re getting more and more choices – sparkling sake, aged sake, unpasteurised (nama) sake, and many varied characters achieved by different production methods. Light and dry flavours.” She indicates that one of the karakuchi samples “used to be appreciated most, but now there are so many to choose from”.

At this point, a couple of salarymen who seem to be more than a few bottles down, ties loosened and cheeks reddened, join the conversation – apparently they’ve been wondering what this group of gaijin (foreigners) is doing here. Satoko, smiling, explains her mission and the two men, accepting the group as firm friends, start bringing over bottles – one is “my favourite!” Another is “from my hometown!” Another still is “not good, but he likes it”. In a country where people are often reserved, it seems that sake is a great way to make friends. 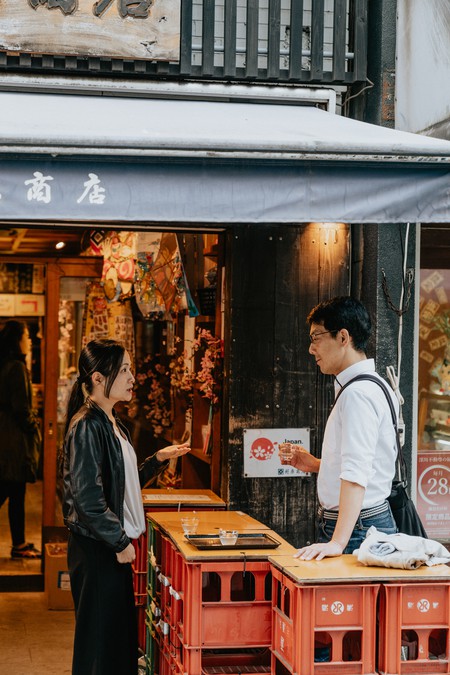 Where to buy and try sake in Tokyo

All of these stores occasionally hold sake tastings, but there are also several regular nihonshu events in Tokyo now, including Craft Sake Week in spring, the Japanese Sake Fair in June, and Aoyama Sake Flea at various points throughout the year. Plenty of breweries (the oldest of which is over 800 years old) are represented at each one.

Traditionally, breweries hang a sugidama (cedar ball) above the door, but in Tokyo you’re most likely to see one outside a sake shop or an izakaya with a good selection of nihonshu – unless you spot one in Minato, in which case you may have stumbled upon the only sake brewery in the 23 wards of Tokyo.

“Tokyoko Jozosho (Tokyo Port Brewery) closed in 1911, after running for about 100 years,” says Satoko. “Then in 2011, a descendant of the original owners re-established the sake brewery in Minato-ku. They have a tasting car in front of the building from 6pm to 9pm every weekday, and though they aren’t offering tours at the moment, they hope to in the future.” 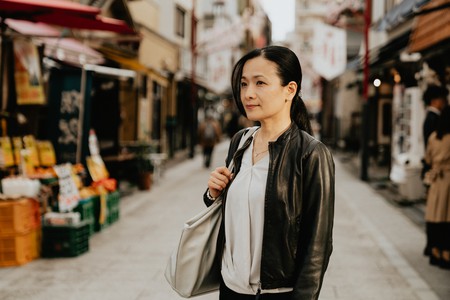