A Guide to Tokyo’s Piss Alley 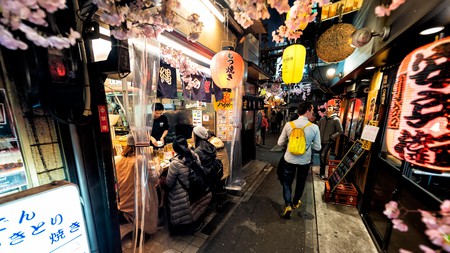 The history of Piss Alley

Starting out as an illegal drinking quarter in the late 1940s, this narrow side street quickly became a prime spot for cheap drinks, yakitori and cabaret-style hostess bars. Due to the lack of restroom facilities, patrons would wander off and relieve themselves on the nearby train tracks, and it didn’t take long for Piss Alley to earn its name.

In those days, the area provided a social space for local residents who otherwise wouldn’t have been able to afford such luxuries as meat and alcohol in the impoverished post-war economy. 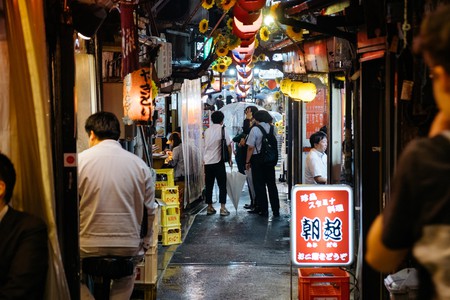 The atmosphere remained largely unchanged until 1999, when a fire destroyed most of the restaurants and shops in the alley. Fortunately, the local government decided to rebuild the area exactly as it had been before. Piss Alley Japan is the old Japan, and to this day, a visit feels like stepping back into the Shōwa era. 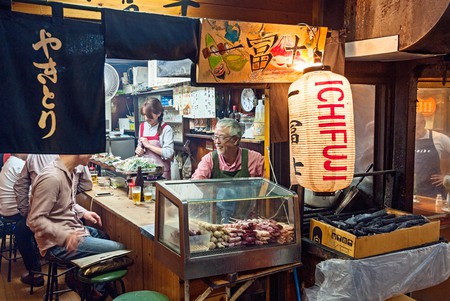 After a fire, the local government decided to rebuild the area exactly as it had been before | © Batchelder / Alamy

What to eat on Piss Alley

Visitors are hit with the smell of barbecue smoke and charcoal the moment they step into the alley. Yakitori is king here, served by almost all the restaurants, while nikomi – a thick, hearty stew made of beef tendon, intestines and vegetables – is a close second. Vegetarians are advised to eat something before arriving, as options will be limited. 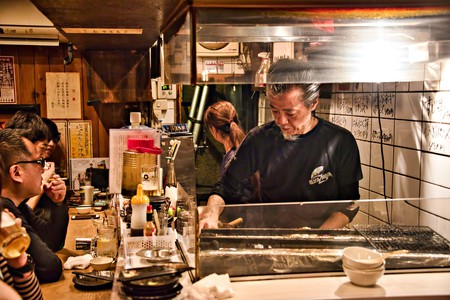 In case the name Piss Alley hasn’t made this clear enough, this isn’t a place for fancy cocktails or imported wines; the booze here is basic, bountiful and cheap. Japanese beer, highballs, sours, shochu (a rough spirit) and sake are available at every restaurant at reasonable prices. 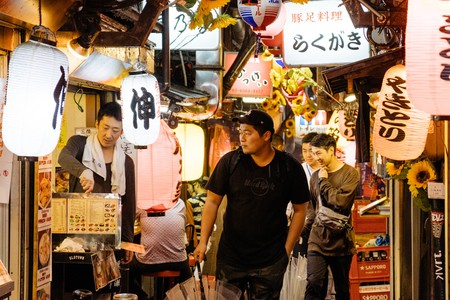 The feeling of natsukashii

The commonly used Japanese word natsukashii translates roughly to, “This brings me back.” Older regulars of Piss Alley keep returning to the area to enjoy this feeling, and this is why the local government continues its efforts to preserve the area’s authentic look and feel. 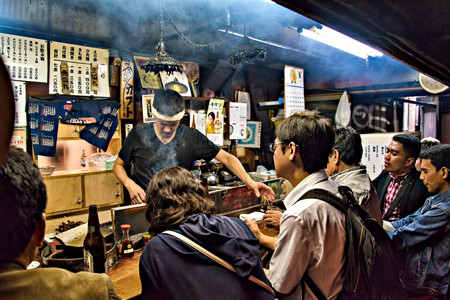 For locals, this carefully preserved nook is more than the sum of its parts | © Xavier Dealbert / Alamy

The special pleasures of Asadachi

A favourite with both thrill seekers and food critics, restaurant Asadachi (literally “morning wood”) offers some of the most intriguing dishes in Tokyo: frog sashimi, horse penis, pig testicles and grilled salamander are all on the menu at this little hole in the wall. The restaurant’s name is a nod to the desired effect of these so-called stamina foods, traditionally believed to boost sexual performance and prowess. 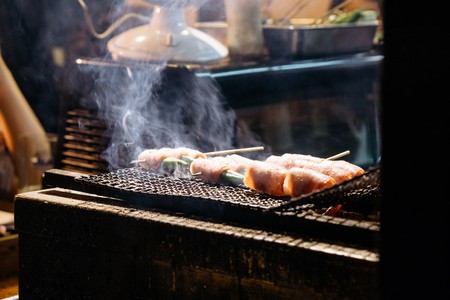