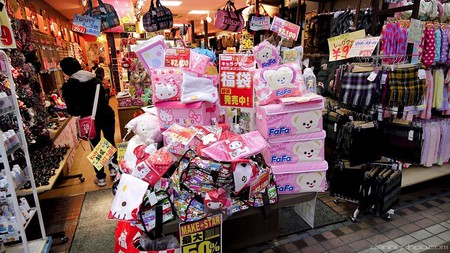 New Year’s is to Japan what Black Friday is to the US or what Boxing Day is to Australia: discount hunting time, except the Japanese like to do things a little differently. Meet the fukubukuro, the country’s ridiculously popular mystery bag phenomenon.

What is a fukubukuro?

The name fukubukuro (福袋) is an amalgamation of two Japanese words, fuku, which means ‘good luck’ and bukuro, which means ‘bag’. Exactly as its name suggests, a fukubukuro is a type of lucky bag sold by retailers over the manic New Year’s shopping season. It doesn’t matter whether it’s Sony or Starbucks, most larger retail outlets offer fukubukuro in some shape or form.

While they all contain different items, what they do have in common is that the bag is far cheaper than the retail price of the products it contains. Because you can’t actually choose what’s inside the bag (it has been preselected by the retailers), if you do plan to try your luck, it’s best to stick to brands you know and love. 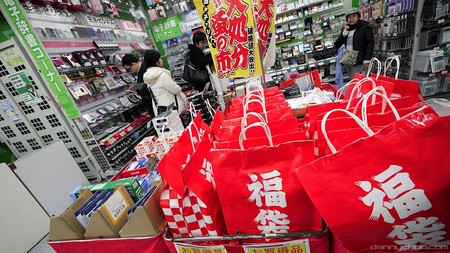 Some reports say that it was a clever way for stores to get rid of unwanted stock in the new year; however, today, it’s far more of a promotional move than a practical one. The exact origin of the fukubukuro remains as mysterious as the bag itself.

A number of the country’s mega retail outlets claim they were the inventors. The oldest legends of the bag go back to the Edo era (1603 – 1868) when Echigoya, the early incarnation of Mitsukoshi, started packing and selling the lucky bags. This fact is worth taking with a grain of salt, however, as commercial competitors Daimaru also claim a very similar history.

A little later, during the Meiji period (1868 – 1912), the department store Matsuya Ginza – which you can still visit today – claimed they were the ones to host the first lucky bag sale. What’s interesting, however, is that any of these could be equally true, but at the very least, we know Daimaru’s bags weren’t sold explicitly for New Year’s as their earliest sales were sometime in October. 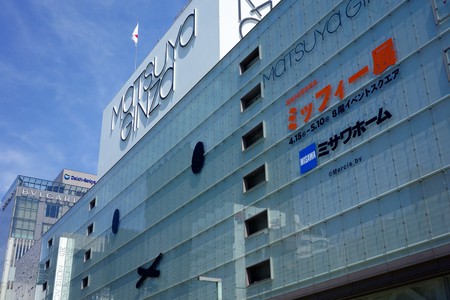 Ultimately, the real history of fukubukuro is almost somewhat irrelevant given the fact that these bags are practically rewriting retail history each and every year. One of the most popular bags comes from mega youth clothing retailer Shibuya 109. According to Live Japan, about 2,000 eager shoppers wait in line – some even overnight – for the chance to nab themselves some very on-trend bargains.

One of the most expensive fukubukuro bags was the 5.5 million yen ($49,000 USD) bag released last year (2017) by Ikebukuro’s Tobu Department Store. The price was a celebration of the 55th anniversary of the massive mall’s opening and it contained a figurine, a ring and a pendant made from Tosa coral. Although the number of bags available wasn’t explicitly reported, it’s fair to say they were reserved for the most serious of shoppers. 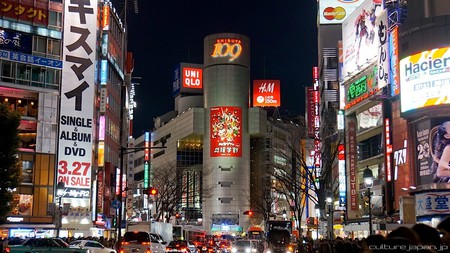 The most reported on fukubukuro comes from the team at Apple, who sells bags that regularly feature brand new MacBook computers and iPads for the price of around 36,000 yen ($300 USD).

The craze has also spawned its own YouTube genre of sorts. The ultimate of all unboxing videos, thousands upon thousands of YouTubers excitedly swoop into the most on-trend and out there stores across the country all in the name of content.

Where and when to buy

As tradition states, fukubukuro bags are available from January 1. Most bags get snapped up in a day and that’s it. However, depending on how popular they are and how many stores make, there may be a few lone bags hanging around in the few days that follow.

As a way to curb the ravenous crowds and appease super loyal customers, some stores offer a pre-booking fukubukuro bag service, where you can place an order for the bag and have it put aside for you to pick up without having to wait in line.

Before the fukubukuro season, some stores try and capitalise on the anticipation of customers prior to January 1 by offering what’s called a ‘spoiler bag’, which is sold in a clear bag or features a list of the items inside. They’re typically not as good as the real deal, but for those who can’t wait any longer, they’re pretty popular. 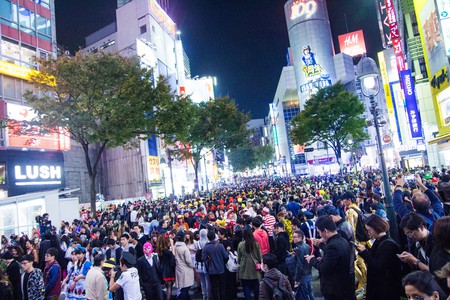 Where to buy entirely depends on where you like to shop. If you’re a caffeine addict, it’s worth going to Starbucks or if fashion is your thing, and you don’t mind waiting in line, there’s Shibuya 109.

If you’re a sports fanatic, major outlets like Nike, Adidas and Puma all release competitive offerings. If you’re a tech head then, of course, Apple has to be on the list. For unique Japanese products, Laforet, a department store in Harajuku, is gearing up to release commemorative anniversary bags celebrating 39 years in operation. The bags will cost 390 yen ($3.50 USD) and 3,900 yen ($35 USD), tax included, and promise to contain items worth up to 70,000 yen ($620 USD).

If you don’t care too much about material things, but still want to join in on the fun of it all, go for food. Häagen-Dazs creates limited-edition flavours for the events, while local chains like MOS Burger make cute bento-style lunch, so you can take your burger to go. Beyond those, many department store depachikas (food courts) sell excellent local food offerings, from sushi to fancy fruit.