A Foodie's Guide to Little India in Tokyo 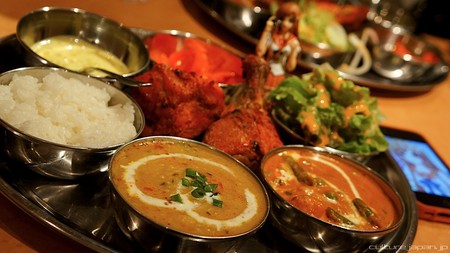 Tokyo’s Nishi Kasai still has a long way to go, but this small district has a growing reputation for authentic Indian flavors and is well positioned to become a happening Little India in the near future. Start your culinary exploration of the district with this guide.

Spice Magic Calcutta is one of Nishi Kasai’s most popular restaurants. There are two locations in the area, each one serving a different style of Indian cuisine. Their positions are a clue, with the north location cooking up dishes inspired by Northern India and the other doing southern style. Spice Magic claims that Calcutta (now Kolkata) cuisine is what the British brought back with them to England and is the basis for many of the world’s favorite Indian dishes.

A trip to Swagat Indian Bazaar, Tokyo’s most famous Indian grocery store, is a must. You’ll find a wide variety of ingredients and spices that are difficult to find elsewhere in the city. It’s the perfect place to stock your pantry with everything you need to make your own Indian inspired cooking at home. Swagat also carries cosmetics, utensils and other goods imported from India.

Delhi Dhaba’s chefs come from all over India and their combined experience ensures the menu never gets boring. The all you can eat menu is the most popular choice at this restaurant, and reminds patrons that there is more to Indian cuisine than just curry.

When traditional Indian holidays like Diwali roll around, you can be sure that there will be something going on at the Nitta 6 Go Park in Nishi Kasai. Like any festival, there is sure to be music, performances and vendors selling handmade or imported goods. But most importantly, it’s a great opportunity to check out the flavors associated with these holidays that are hard to find elsewhere in Tokyo.

In Streat, stylized inSTREAT, serves up Indian style street food and desserts. They also cook up interesting fusion cuisine, like their Indian Chinese offerings which include fried noodles and rice with an Indian twist. Not the most authentic dining experience, but an interesting addition to Nishi Kasai’s foodie landscape nonetheless.