A Budget Traveler’s Guide to Hiroshima 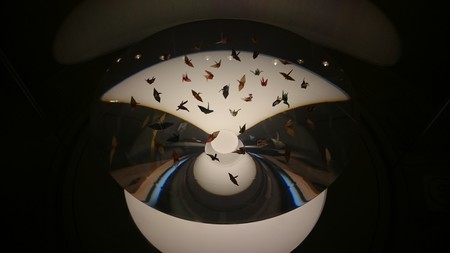 Hiroshima is one of the great travel destinations of Japan. A city with a solemn past, many people come for the history, as well as its great food, friendly locals, and large number of inexpensive or free cultural sites – all of which make it the perfect budget destination.

There are a number of moving statues and memorials to be found around this park. Highlights include the Atomic Bomb Dome – a UNESCO World Heritage Site and one of the few surviving buildings from the hypocenter where the A-bomb was dropped – and the Flame of Peace, which has burned continuously since August 1964 and will not be distinguished until every nuclear weapon on earth is destroyed. 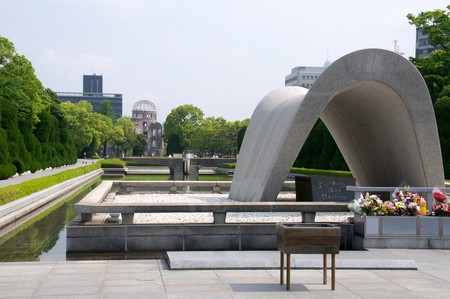 The original Hiroshima Castle, constructed in 1589 by the daimyo Mori Terumoto, was destroyed by the atomic bomb and rebuilt in 1958. Although there is an admission fee to enter the castle, you can roam the castle grounds for free. During the springtime, it’s a great spot to enjoy the cherry blossoms, with over 400 sakura trees. 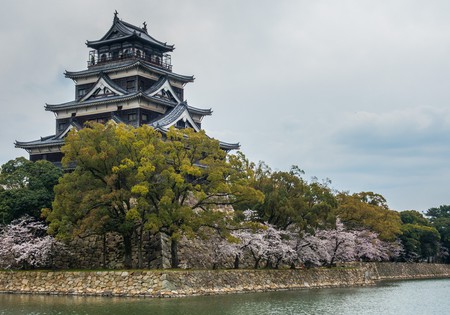 This oft-overlooked Buddhist temple located just 20 minutes from the city center offers hiking trails, waterfalls, and 300 stone Buddha statues. A rustic tea house can be found within the temple grounds.

A must-see for any visitor to Hiroshima, the Peace Memorial Museum is a moving tribute to the day that changed Hiroshima City forever and probably the best ¥50 you can spend anywhere in Japan.

This beautiful and historic garden located in central Hiroshima was once a private garden that belonged to a feudal lord of Hiroshima. Designed by renowned tea ceremony master Ueda Soko in 1620, the park has a tea house where you can experience a traditional tea ceremony. For ¥600, a combined admission ticket can be purchased that offers access to the Prefectural Art Museum next door. 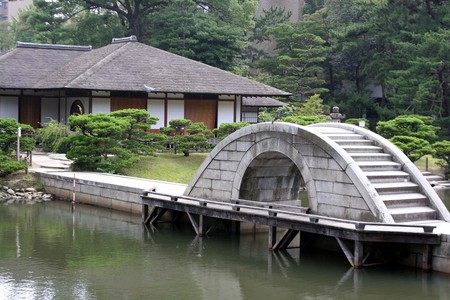 Miyajima Island is home to Itsukushima Shrine, Hiroshima prefecture’s other UNESCO World Heritage Site. Located about an hour from Hiroshima City, it can be reached via the Hiroden streetcar and JR Ferry. Save on transportation fees by purchasing the Hiroden ‘1-Day Streetcar and Ferry Pass’ for ¥840. Many landmarks on Miyajima can be accessed for free, and you can skip the ropeway and hike to the top of Mount Misen for a 360 degree view of the island. 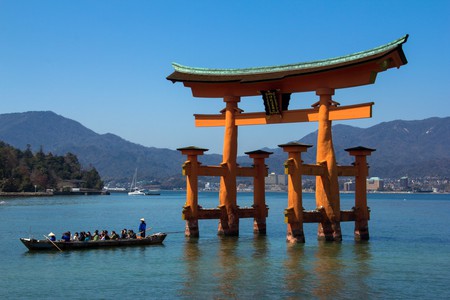 If you’re traveling solo, spend the night at one of the city’s hostels which start from ¥2,500 per night. For couples and families, Ikawa Ryokan is an affordably-priced Japanese inn located to the west of the Peace Park with rooms that start at under ¥5,000 a night per person (breakfast and dinner are separate).

The term ‘B-class gourmet’ (B級グルメ) refers to quality food found at affordable prices, and Hiroshima has a big reputation for it. 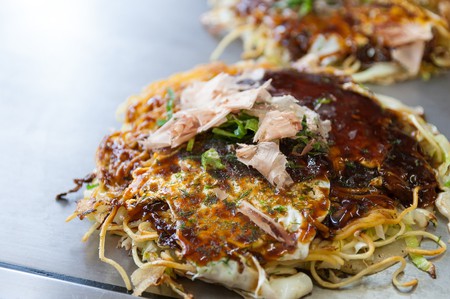 Oysters are considered by many people to be a luxury, but Hiroshima is a place where world-class oysters can be enjoyed for very little. During oyster season, Hiroshima Oyster Road opens up along the shoreline of the Seto Inland Sea with around 10 oyster huts offering fresh, affordable oysters from mid-October to late May. The closest to Hiroshima City is Kakigoya Ujina, located in Hiroshima Minato Koen Park. 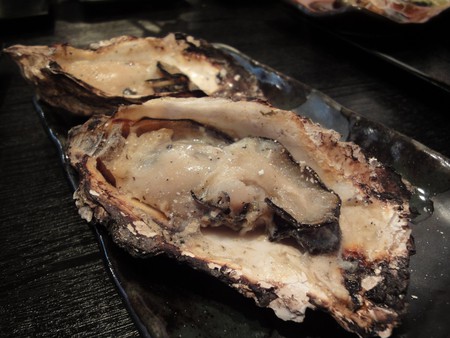 Ramen is a popular budget food anywhere you go in Japan, and Hiroshima is no exception. In Hiroshima City, enjoy the local style of shoyu-tonkotsu ramen that’s a hybrid of Tokyo and Hakata styles. Check it out at Fujiwara Ramen, which also offers tsukemen, a dish of soupless ramen noodles eaten with a concentrated dipping sauce that’s even more popular than ramen in Hiroshima.