A Brief History of Kinbaku: The Art of Japanese Bondage 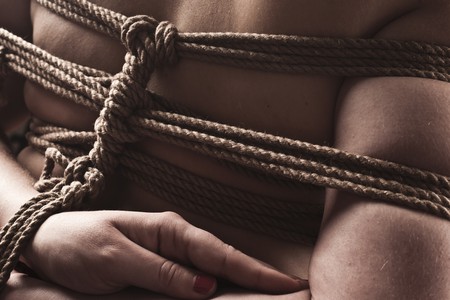 Kinbaku, meaning tight binding, is a type of Japanese bondage, appreciated for both its aesthetic and sexual appeal. The technique has its roots in the feudal Edo Era, but was not a sexualized art form until the twentieth century.

In Japan, rope has played a significant cultural role for thousands of years. Of course it was used for practical reasons, such as for operating pulleys and holding kimono shut, but also for spiritual ones: the Shinto shimenawa (purifying rope), or the border of the sumo ring. 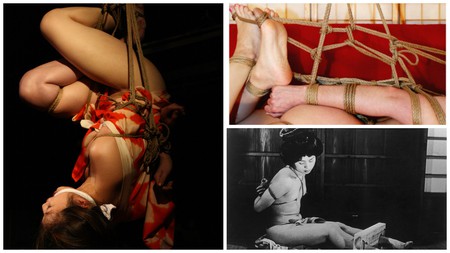 During the Edo Period, rope was used as both restraint and punishment. Certain techniques were developed, including some which continue to be used today, like the “shrimp tie”. But bondage as a sexual art wasn’t widespread until the early 1900s. At that time, kabuki theater began to stylize this torture bondage, known as hojojutsu, and add it to their acts. Hojojutsu needed to be toned down both for safety’s sake and so that it was visually appealing to the audience.

Pornography in print media, as illustration and photography, took off during the post-war era. Underground bondage fetish culture and kinbaku-bi (the beauty of bondage) found an audience in magazines like Kitan Club and Uramado, and has had a loyal following ever since. Today, kinbaku is also appreciated as a stage performance, in the world of contemporary art, and remains a fascinating facet of fetish culture.