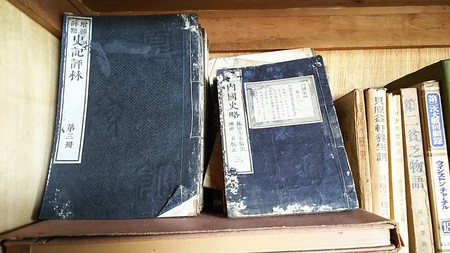 With the announcement of the 2017 Nobel Prize winners, British contemporary author Kazuo Ishiguro joins the small but extremely talented cohort of writers from Japan or of Japanese descent to be awarded the Nobel Prize in Literature. If you haven’t yet had the pleasure of picking up a work from one of these prize-winning authors, here are 9 essential novels to add to your reading list.

Born in Nagasaki in 1954, Ishiguro moved to the UK at age five. He writes in English, but his works have been translated into over 50 languages including, of course, Japanese.

Ishiguro’s works are known for their exploration of human nature and how people can be changed by the world around them, not always for the better. He tackles these themes across a number of genres, including detective novels, war stories, science fiction, and even fantasy allegories.

This 2015 Arthurian fantasy set in the Dark Ages explores the themes of memory and forgetting and the dangers of collective historical amnesia.

To read Ishiguro is to dream with eyes wide open. Compared to the clean narration of a movie and the chaos of a dream the latter is a better reflection of the human experience and thus his style is surprisingly raw and exquisitely relatable. #theburiedgiant #ishiguro #kazuoishiguro #bookstagram #readingnow #booklovers

Coffee because this day sucked! 🙈 I have these kinds of days sometimes… don’t blame me 🙁 I’ll fix everything with a quiet evening with my book, on the couch, and some James Bay tunes 😁 #bookstagram #kazuoishiguro #neverletmego #coffee #coffeetime #coffeegram

The 1989 novel The Remains of the Day focuses on an aging butler who reflects on his life and past service to an English aristocrat leading up to World War II. It was adapted to film in 1993 and garnered numerous Oscar nominations.

– Trivial things would lead up to a whole lot different outcomes and I am the kind of person who regrets all the time. That is the very reason it is certainly a good thing to be with you because I have never ever regretted it. – (P. 188-189) But what is the sense in forever speculating what might have happened had such and such moment turned out differently? One could presumably drive oneself to distraction in this way. In any case, while it is all very well to talk of ‘turning points’, one can surely only recognize such moments in retrospect. Naturally, when one looks back to such instances today, they may indeed take the appearance of being crucial, precious moments in one’s life; but of course, at the time, this was not the impression one had. Rather, it was as though one had available a never-ending number of days, months, years in which to sort out the vagaries of one’s relationship with Miss Kenton; an infinite number of further opportunities in which to remedy the effect of this or that misunderstanding. There was surely nothing to indicate at the time that such evidently small incidents would render whole dreams forever irredeemable. – #theremainsoftheday #kazuoishiguro #bookerprize #nobelprize #novel #literature #book #quoteoftheday #남아있는나날 #가즈오이시구로 #부커상 #노벨상 #문학 #책

Kenzaburo Oe was born in 1935 and came of age during the post-World War II US occupation of Japan. While much of the literature from this period is marked by a bleak or despondent mood, Oe’s works are known for their sharp yet somehow uplifting humor. Many of his books are inspired by his own experiences raising a son who was born with brain damage. Oe was awarded the Nobel Prize in Literature in 1994.

Oe’s first novel Nip the Buds, Shoot the Kids, or 『芽むしり仔撃ち』 Memushiri kouchi, published in 1958, tells the story of a group of young troublemakers who find themselves alone without adult supervision when plague breaks out during the war. The book has been compared to both William Golding’s Lord of the Flies and Albert Camus’s The Plague.

Originally titled 『個人的な体験』 Kojinteki Na Taiken, the 1964 novel A Personal Matter is the dark comedy of a man who struggles with the birth of his developmentally disabled son. The book is highly regarded for its existentialist meanderings and black, lyrical beauty.

Another story about a father raising a developmentally disabled son, Oe’s 1983 book 『新しい人よ、眼ざめよ』 Atarashii hito yo mezameyo, or Rouse Up O Young Men of the New Age!, is the semi-autobiographical tale of his experiences coming to terms with his son growing into an adult, intertwined with Oe’s observations about the world around him and musings on the poetry of William Blake.

Yasubari Kawabata (1899-1972) became the first ever Japanese writer to be awarded the Nobel Prize in Literature in 1968. He’s known for his masterful command of prose, achieved through sparse yet hauntingly beautiful language that draws on traditional Japanese aesthetics.

The 1937 story Snow Country, known as 『雪国』 Yukiguni in Japanese, is considered by many to be Kawabata’s greatest masterpiece. A romantic tragedy about a married man from Tokyo and the geisha with whom he had fallen in love at an onsen resort many years before, the novel’s poetic descriptions capture the dreamlike beauty of the snowy onsen village with an almost haiku-like delicacy.

It's Friday and gloomy…🌫🌫🌧 —————————————————————————–Yasunari Kawabata tells a story of wasted love set amid the desolate beauty of western Japan, the snowiest region on earth. It is there, at an isolated mountain hotspring, that the wealthy sophisticate Shimamura meets the geisha Komako, who gives herself to him without regrets, knowing that their passion cannot last

In the quietly devastating 1952 novel Thousand Cranes, or 『千羽鶴』 Senbazuru, ugly lust is juxtaposed with the rigid etiquette of the Japanese tea ceremony as a young man finds himself desiring the lover of his late father.

|| paper in flight. 〰️ 🍃 Mr. Kawabata was and always will be a master of prose. Day 7 of @penguinplatform #DeckTheShelves – “Favourite author”

Kawabata’s 1962 work The Old Capital, or 『古都』 Koto (sometimes referred to as Kyoto), reflects on the loss of traditional Japanese culture as it follows the story of two young Kyoto women who were separated at birth. The book takes the reader on a tour of Japan’s ancient imperial capital with long passages dedicated to local festivals, kimono patterns, and the changing scenery across the seasons.

"Chieko discovered the violets flowering on the trunk of the old maple tree. "Ah. They've bloomed again this year," she said as she encountered the gentleness of spring"… . . Everything written by Kawabata is so perfect. #book #YasunariKawabata #Reading #TheOldCapital #NoblePrize #Japan #JapaneseLiterature #LateSummer