8 Places in Japan That Are Loved by Locals, Unknown to Foreigners 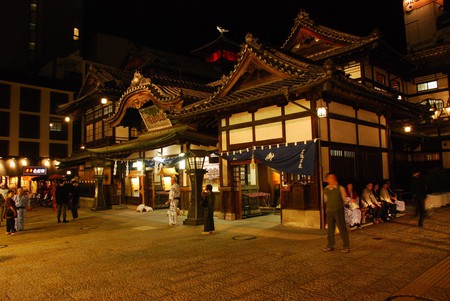 One of the hardest things about travelling to Japan is deciding what to do and see. A country with so rich a history and unique and diverse cultures, planning a visit can be a bit of a balancing act – it’s all about seeing the best while avoiding the tourist traps. If you’ve been to Japan before or want to stray a little further off the well beaten path here are a handful of places in Japan that are secret from the rest of the outside world. It’s time to holiday like a local.

Located in Yamagata, to the northeastern corner of Tohoku sits one of Japan’s best kept snow covered secrets. While thousands of foreigners flock to the densely populated mountains of Hakuba and Niseko to get their winter sports fix, locals are heading straight to Zao. Originally founded approximately 1900 years ago, the Zao Onsen village is a hot spring haven and home to some of the most relaxing and healing waters in all of Japan. Beyond snow and springs the area also has some pretty iconic snow monsters known as ‘juhyo’ to the locals. Towering over the area, these iconic white figures were crafted by the area’s heavy snowfall and freezing winds that cover the trees in snow and shape them into unique formations.

Though many consider sake to be the drink of Japan, when it comes to alcohol that’s regularly consumed here, it’s fair to argue that whisky is number one. With a reputation for producing some of the best whisky in the world, Nikka Distillery in Miyagi Prefecture is the best of the best. Combining Scottish knowledge with Japanese craftsmanship Masataka Taketsuru founded this popular distillery after embarking on a solo pilgrimage to Scotland. Coming from a family of sake brewers, Taketsuru wanted to dedicate his life to the brown barley spirit. These days many Japanese tourists flock to the distillery to learn about the country’s popular tipple and to taste some of the finest whisky in the world.

Dōgo Onsen: The Inspiration behind Spirited Away

This ancient hot spring is actually the inspiration behind the onsen in Studio Ghibli’s famous film Spirited Away. It’s one of the country’s oldest and most famous hot springs, however outside of Japan, many people don’t even know that it exists. Open to the public most days of the week this classic bathhouse is unlike any other, that’s probably why it’s home to some of the nation’s most prestigious guests, the Japanese Imperial Family.

Abukuma River is the Tohoku area’s second longest river and the sixth longest river in Japan, which by itself might not sound enough for it to justify a visit. However, it is home to the “Kotatsu Bune (boat)” tours of Marumori, Miyagi. This little set up is an excellent way to soak up the natural beauty of the stunning Tohoku region. In autumn, the river is lined with gold and red leaves, while in winter guests can admire the snow sprinkled landscape while cruising down the river under a warm kotatsu and a bowl of vegetable soup.

Forget Disney Land Tokyo and Osaka’s Universal Studios, if you want a uniquely Japanese amusement park adventure you have to check out Hanayashiki, a park located in Asakusa – a pocket of central Tokyo with a rich history. Opened in 1853, the park, which originally was a flower park, is the oldest amusement park in the country and a haven for thrill seekers and history buffs alike. While visitors to Japan flock to the major tourist crammed destinations, seek out this little gem for something different.

Maybe a little more well known than many of the other places on this list, this choice is still not as visited as it should be. Yokai Street aka Monster Street in Kyoto is home to an eclectic population of homemade spooky figures. Japanese legend says that years ago these creatures used to stroll the local streets. What’s great about Yokai Street is that it formed rather organically, less of a tourist trap than it is just locals having a bit of fun, it’s a unique attraction that could really only exist in Japan.

I went to yokai street today on ichijodori! It was so cool seeing all of the yokai! Next time I come to Japan I hope I can see the hundred yokai parade! #kyoto #kyotoliving #hyakkiyakou #yokai #yuurei #obake #monster #yokaistreet #ghost #ghoul #ghoulsnightout #Japan #mononoke

Garyu sanso is the ultimate Japanese secret. This stunning old villa located by the river on the island of Shikoku, east of Ozu’s old town in Ehime Prefecture, isn’t the easiest place to get to but it’s well worth the journey. Built in 1907, this traditional style house took four years and 9,000 artisans to create. Featuring an incredible garden and overlooking the bold blue Hijikawa River, the home is the ultimate dream Japanese hideaway.

Miyakojima: Beach life unlike anywhere else

Sitting 300 km south of Okinawa’s main island hub is Miyakojima, a hugely popular tourist destination for the Japanese but a relatively unknown beach paradise for everyone else. Internationally recognised as the home of some of the most beautiful beaches in Japan, Miyakojima gives Hawaii and Fiji a run for their money. With a very comfortable subtropical climate, the island is an ideal getaway no matter the time of year.