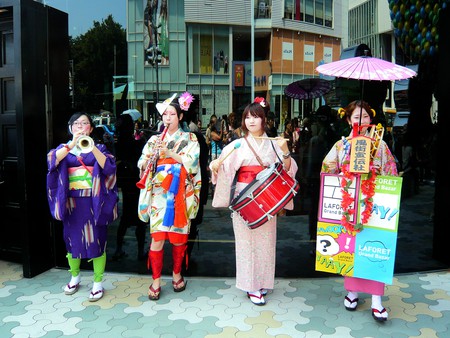 Japan is nothing if not fascinating. Beyond food, history and geography, it’s the country’s bizarre and unique take on popular culture that makes it such a tourist magnet. From laws against dancing to bearded Australian J-Pop idols, here are some facts about Japan’s music scene you might be surprised to learn.

Of course, there are many aspects of daily life in Japan that for foreigners seem to boggle the mind, but one particularly fascinating thing is the country’s still-present love of CDs. Though in today’s world of downloads and online streaming the maligned plastic disk is noting but a faint memory, CD purchases made up 85% of all music sales in Japan. Given that Tokyo is considered by many to be a futuristic, techno-centric hub, why the CD is still the main form of music consumption is a little bit of a mystery. 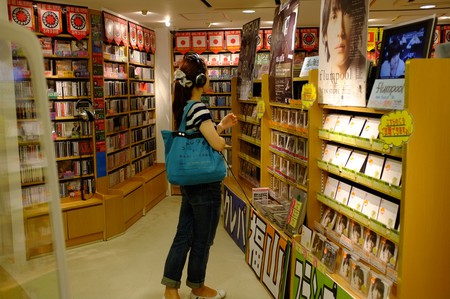 It’s illegal to sell CDs under $25

In most Western countries the only place you’ll come across a CD these days is possibly in the bottom of a bargain bin – but you won’t see that here in Japan, because it’s actually against the law. Known as the Saihan System, this law applies to a number of different types of copyrighted material including CDs. Created in 1953, the system allows owners of the material to set the minimum retail price of newly released or re-released products. For those who think $25 is a little steep, there are also CD renting services which for some baffling reason copyrights enforcers deem to be ok. 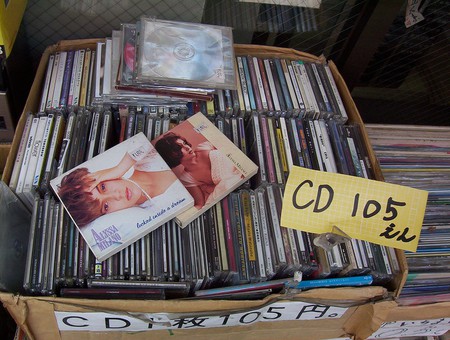 Only around two years ago did the country lift its infamous ban on dancing, known as the Fueiho Law. The rule came into effect around 70 years ago after World War II as the government started to target dancehalls in an effort to crack down on prostitution. When the Fueiho Law was in effect, venues had to had to apply for a special dancing licence, though during the tail end of the 20th century many blind eyes were turned to this almost impossible-to-police law. 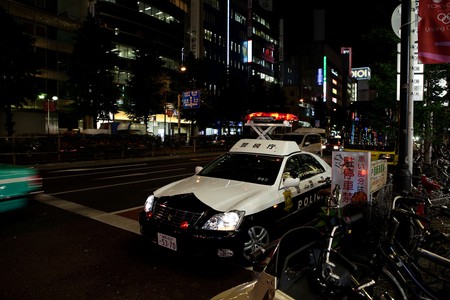 Tokyo has the best sound systems in the world

In the a country where appreciation quickly turns into full blown obsession, it’s no wonder that audiophiles have found a home in Japan. With an uncountable collection of cafés, bars, and small and large clubs all often jammed into the same block, Tokyo is home to music fans who take their fandom very seriously. A notable place to witness this obsession is VENT nightclub in Shibuya where the sound system was designed to work specifically with the venue’s room acoustics to suppress reverberation.

Idol Metal – a hybrid of metal and girly pop

Yep, the unorthodox mix of thrash metal and super, sickly sweet pop is a legitimate genre here in Japan, and a popular one at that. Babymetal are the most famous group internationally. Fronted by three teenage vocalists, Babymetal have toured internationally and brought the genre to the wider international mainstream. Another notable act in the Idol Metal genre is Ladybaby which previously consisted of two aspiring Japanese models and a cross-dressing Australian wrestler.

The country boasts the largest pop group in the world…

Hailing from the nerd fandom mecca of Akihabara is AKB48, the world’s biggest pop group, literally. ‘AKB’ stands for Akihabara and currently the band features a rotating cast of over 130 members. Originally conceived as an accessible girl band by producer Yasushi Akimoto, the group have their own theatre in Akihabara where they perform nightly, giving fans ample opportunity to see the idols in action. If you miss out on tickets however, which is common given the group’s popularity you can always visit the AKB48-themed café nearby Akihabara station.

… and the world’s shortest pop hit

Japanese comedian Pikotaro holds the title of having the shortest song on the Billboard Hot 100. Overtaking the internet and the mainstream pop charts in late 2016 with the nonsensical, though infectious, viral comedy hit PPAP aka Pen-Pineapple-Apple-Pen, skyrocketed the 53-year-old comedian onto the world stage and into the charts. Its success was also the first time in 26 years that a Japanese singer made the Billboard Hot 100 in the United States.

It’s the only country where Tower Records continues to thrive

Though once a beacon of music industry power and prosperity, the Tower Records chain filed for liquidation 2006. With outlets dotted across the world, the red and gold megastores went the same way as many CD outlets in the late 2000s – except, that is, in Japan. In fact, in 2012, Tower Records Shibuya did the impossible and actually increased in size, with the addition of a bookstore, a live performance space, and a café. Towering over the heart of Shibuya on massive 5000 square meter block, it’s still a bustling must visit destination for tourists and locals alike.
Open In Google Maps
14 22, 1-chōme, Jinnan Shibuya City, Tokyo, 150-0041, Japan
+81334963661
Visit Website
Give us feedback
Give us feedback